The American country star Loretta Lynn has died, AP reports. She was nominated for 18 Grammys and topped the country charts 16 times. 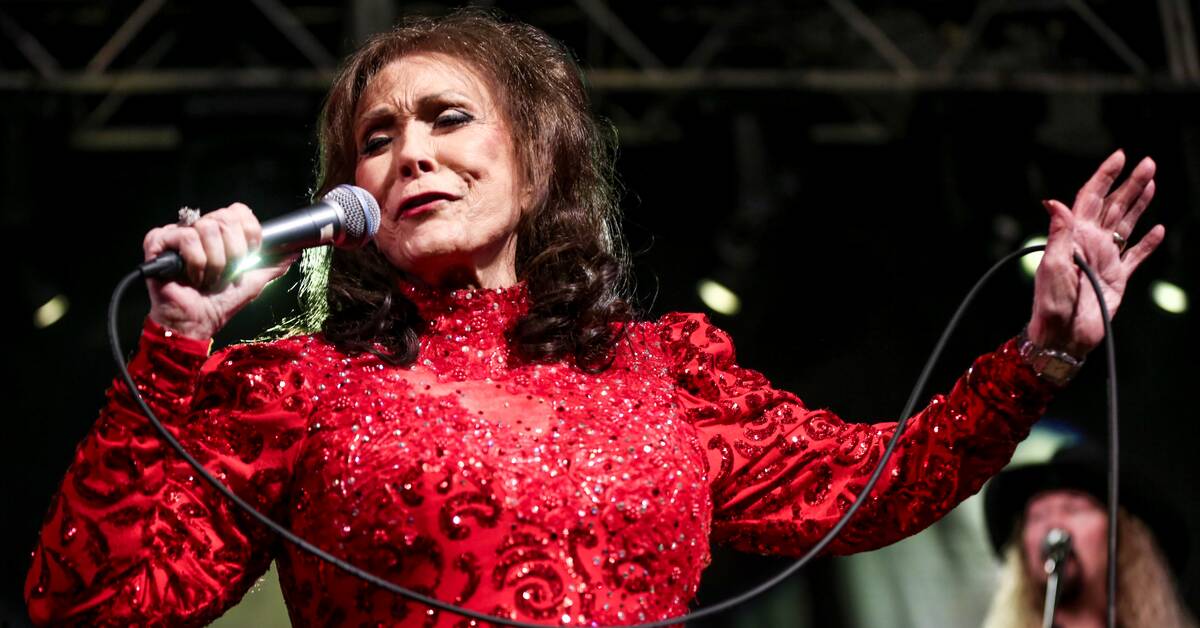 Loretta Lynn was born in 1932 as the daughter of a miner, something she sang about in her most famous hit song "Coal miner's daughter".

The father later died of a lung disease caused by the hard work in the Kentucky mine.

Both parents had their roots in the Cherokee people and Lynn grew up with seven siblings in poor circumstances.

Marry till the end

At the age of 15, she married Oliver Lynn, who worked as a talent scout and manager in the Nashville country circuit.

The marriage inspired several of Loretta Lynn's most famous songs such as "Don't come homa a'drinkin (with love on your mind)" and "Fist city".

She began writing her own songs and debuted with the single "I'm a honky-tonk girl" in 1960. The song eventually became a hit and placed in the top 20 on the country chart.

She got a record deal with Decca and started releasing music at a rapid pace.

The songs are often about broken hearts, broken relationships and action-oriented heroines.

Outspoken "The pill" from 1975 was also a success on the pop charts.

From having recorded upwards of four records per year, the distance between releases became longer during the 1980s.

In 1980 came the film adaptation of her autobiography "Coal miner's daughter", with Sissy Spacek in the lead role as Loretta Lynn.

Spacek was awarded an Academy Award for Best Actress and the film received a total of seven nominations.

In 1993 she recorded the album "Honky tonk angels" with two other music legends and friends: Dolly Parton and Tammy Wynette.

In 2004, she made something of a comeback with the album "Van Lear rose", produced by White Stripes frontman Jack White.

Her last album was "Wouldn't it be great" from 2018. Loretta Lynn suffered a stroke in 2017 and had to cancel all her planned appearances.

In a statement, the family announced that Lynn fell asleep at her home in Hurricane Mills, Tennessee on Tuesday after a brief illness.