With exclusive interviews for the rest of the story.. this is how Hindu racists attack Muslims in India

An episode (3/10/2022) of "The Story is Rest" program traced the policies of harassment and marginalization faced by the Muslims of India, and the resulting violations and attacks against them. 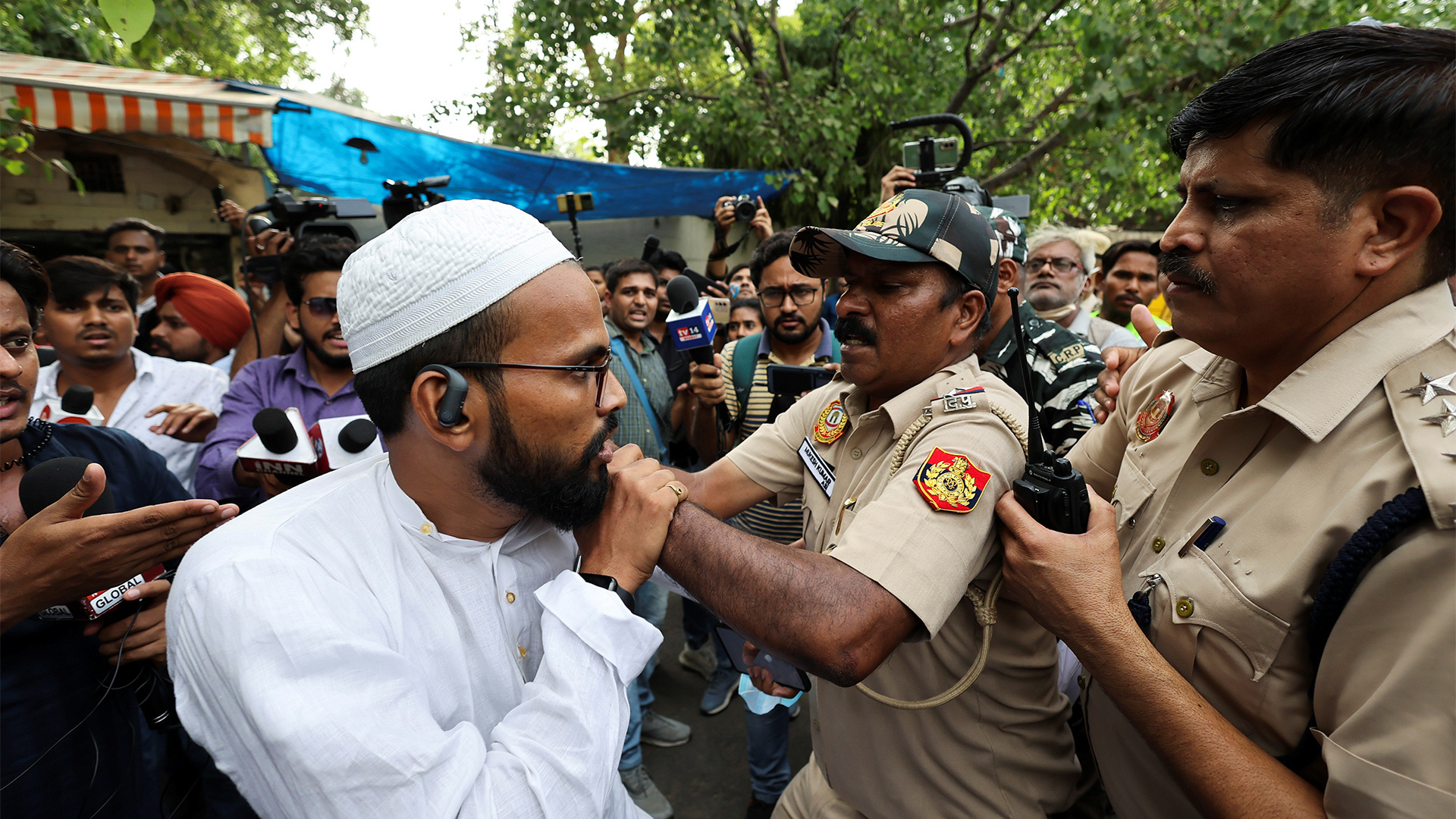 The program documents - in a documentary film by numbers - the incidents of assault against Muslims in India, divided over time periods, up to after the Bharatiya Janata Party took power in 2014. The program confronted members of the party with accusations against officials in it of inflaming hostile sentiments. for Muslims.

He also experienced "the rest of the story" stories of a number of Indian Muslims, who were subjected to massive attacks and discriminatory practices against them, as a result of the incitement of Hindu nationalists.

The Indian Muslim Balqis Bano was raped, and 14 members of her family were killed by 11 people who were released last August, which sparked the anger of Muslims.

Independent journalist Nita Kolatkar believes that the release of the 11 convicts sends a negative message that the Indian state does not value the lives of rape victims, accusing British colonialism of sowing the seeds of violence by dividing the country along sectarian lines and making governance on religious grounds, and targeting minorities.

Last June witnessed protests in all Indian lands, after an official in the ruling party made statements insulting to the Prophet Muhammad, may God bless him and grant him peace, and the protests spread to other Islamic countries, and several countries called on the Indian government to stop those responsible for the offensive statements and hold them accountable.

Professor of International Relations Amir Anis believes that the ruling party led by Narendra Modi has worked to raise the level of cooperation with Arab and Islamic countries, but the insulting statements of the Prophet put the party and its leader in great embarrassment with these countries, which prompted him to quickly dismiss the officials who caused this problem.

While Sudesh Verma, spokesperson for the ruling Bharatiya Janata Party in India, played down the impact of these actions - which he described as individualistic - on Indian workers in Arab and Islamic countries, stressing that the Indian government clarified the position to friendly countries that understood the situation, and the problem ended in time, he said. .

Muslims represent about 15% of the population of India, amounting to 209 million people, according to the number of the year 2021, and they have held many positions in the country until they reached the position of President of the Republic, and they have contributions in many areas within the country, and they represent the third largest Islamic community in the world. After Indonesia and Pakistan.

In turn, Muhammad Naseer - who lives in a house adjacent to a Hindu temple - told his story with the attacks he was subjected to by Hindu extremists and led to him losing his eye, considering that his trust in his Hindu neighbors was wrong, because the damage he sustained affected the life of his entire family, not his. Just.

On the other hand, the spokesperson for the ruling Bharatiya Janata Party, Shazia Elmi, believes that the state does not discriminate between its citizens of different religions, and treats everyone on the basis of the law, calling for the name of Prime Minister Narendra Modi not to be included in all hate crimes against Muslims, because they are absurd allegations, according to her claim.

She added that laws must be enacted to control publishing on social media platforms, in order to stop spreading hatred against Muslims and Hindus, so that living in peace without any hatred can be achieved.

Muzaffar Hussain, a former member of the Legislative Council of Maharashtra, accused the British occupation of India of creating hotbeds of conflict between Muslims and Hindus from an early age, when they divided them on religious and sectarian grounds. He also accused the ruling party of not accepting religious pluralism in the country, revealing their quest to change the country's laws to be against Muslims.

Continuing the cycle of hatred against Muslim women, websites have appeared in India to auction off Muslim women.

The site collects the information of Muslim women active on social media platforms, and puts it in a list of names for display for sale, with links to their personal accounts on these lists.

Tazin Junaid - one of the victims of the sites selling Muslim women in India - recounts how she was shocked when she saw her picture, which was stolen from one of her accounts on social media platforms, appear on the site dedicated to selling women, stressing that the matter was a great shock to her, but at the same time it did not stop her from her activity. on platforms.