The Chinese film “Return to dust” has been missing from screens and internet platforms since September 27. Unprecedented censorship for a film which had nevertheless been validated for the first time, this summer, and… 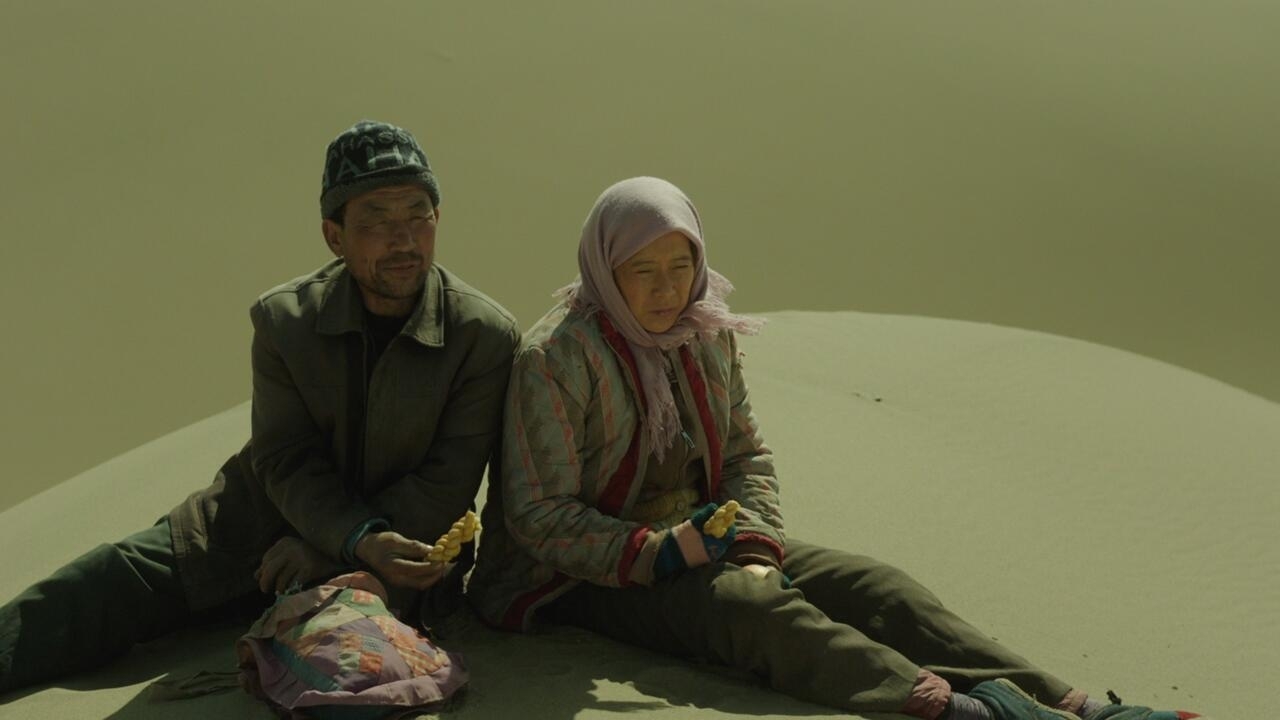 It's a love story that ended up displeasing the Chinese censors.

After more than two months of exploitation, the film “Return to dust” completely disappeared from screens in China on Tuesday, September 27.

Any mention of this work – yet a commercial and esteemed success – has been deleted from Chinese social networks.

So interesting that some critics blame the film for uglifing Chinese peasants while others think it beautifies and romanticizes poverty.

However, these different views themselves have revealed the huge gap in the society, and the censoring has made it literally 'Return to Dust'.

No one in China can follow the amorous and very rural tribulations between the penniless peasant Ma Youtie and his wife Cao Guiying.

The film, which depicts the harsh peasant condition in China, had a very remarkable debut at the Berlin Film Festival in February 2022, where it was in the running for the Golden Bear.

"It was the only Chinese film to have been selected this year by one of the three most prestigious international film festivals - Cannes, Venice and Berlin", underlines the South China Morning Post.

A representation of China that the Beijing authorities no longer wish to see projected as the 20th Congress of the Chinese Communist Party approaches.

The ransom of glory?

In China, “Return to dust” had to wait before making its way to dark rooms and video-on-demand platforms.

It was only released to Chinese audiences in July, nearly six months after its debut in Berlin.

The time, probably, for the censors to give the green light.

"The finalized scripts and films must always be approved by the authorities before their release, in accordance with Mao Zedong's 1942 speech, which stressed that art should above all serve the political project", underlines Chris Berry, specialist in Chinese cinema at King's College London.

For many, “Return to dust” had done the hardest part of getting approval from the Chinese Film Administration.

"It may, indeed, seem surprising that a work which exposes the extreme poverty and the living conditions of the peasants in the province of Gansu [north-west of China, editor's note] could only see the light of day", recognizes Chris Berry.

The film could thus have become the miracle of Chinese censorship, which is nevertheless ever more present at all levels of Chinese society.

However, the Film Administration's initial verdict is understandable.

The subject of the film fits well with one of the government's flagship projects.

“Xi Jinping's campaign to end extreme poverty presupposes that there are regions where this action is necessary and showing this reality can serve the cause of the government”, explains Chris Berry.

“Return to dust” is, moreover, a low-budget film (2 million yuan, or 287,000 euros) which condemned it, in the eyes of the authorities, to have a limited echo within the population.

Except that it was a hit at the box office.

This film brought in more than 100 million yuan (14 million euros) in box office receipts, fifty times what it cost.

“The commercial success and recognition on the international scene has meant that there has been more and more online discussion around this work.

The purpose of the film then became more problematic,” says Chris Berry.

Too pessimistic as the CCP congress approaches

The censors then likely pulled out the magnifying glass to take a closer look at the story.

“I suspect that what stuck, in the end, is the very pessimistic tone of the film”, advances the expert from King's College London.

Despite their efforts, the two protagonists do not manage to get out of misery and end up dying.

At least, it is very strongly suggested.

“If the couple had been able to find a nice home at the end and some sort of social acceptance, the authorities probably wouldn't have found fault with the rest,” concludes Chris Berry.

This is also the meaning of most messages on Weibo (the Chinese Twitter) that the daily The Guardian was able to consult before the purge of social networks.

“”The negative message of the film will simply be used by other countries to criticize the policies carried out in China”, thus lamented a Net surfer.

The end of the film had also been changed in September to make it less harsh.

Instead of a final shot on a bottle of pesticide which left little doubt about the will of the hero to commit suicide – his wife had perished before – the new version of the film ended with a text assuring that the peasant had been able to find a “new home with the help of the authorities and other villagers”.

But it wasn't enough.

“Return to Dust” was increasingly becoming the wrong movie at the wrong time.

The approach of the 20th Congress of the Chinese Communist Party – which begins on October 16 and must devote a third historic presidential term for Xi Jinping – makes the authorities more fussy about anything that could damage the image of the Chinese leader.

“Xi Jinping's 'zero Covid' policy is no longer accepted by everyone and he has grown closer to Vladimir Putin, who is increasingly appearing as a dangerous lunatic on the international scene.

Suddenly, the pressure is growing on the governing bodies in order to show the image of a strong and united China behind its leader”, sums up Chris Berry.

The fact that the authorities take the trouble to reconsider their initial decision concerning a “small” film would, in this respect, be very revealing of the level of anxiety of the regime as the 20th Congress approaches.

This censorship after the fact is also “in a more general movement to regain control of Chinese film production in recent times”, assures Chris Berry.

No one knows, for example, why the long-awaited “Born to Fly” was canceled at the last minute, when it was supposed to be released at the end of September.

Presented as the Chinese answer to "Top Gun", this big production was supposed to glorify Chinese aviation?

Officially, this last minute decision would be due to “technical problems”.

The films that have been able to reach the dark rooms hammer their pro-Beijing message with clogs that could not be bigger.

There is thus "Home Coming" which recounts in a very muscular way a rescue mission for Chinese prisoners held in a Middle Eastern country in the midst of civil war.

A work in line with Beijing's ambition to prove that China is now capable of projecting its power all over the world and protecting its nationals wherever they are.

The other feature film, “Ordinary Hero”, shows the mobilization of ordinary Chinese people to save the life of a young Uyghur child who must be rushed to hospital.

Again, a work that closely resembles Beijing's response to the international community, which accuses the Chinese government of pursuing a policy of systematic repression against the Muslim Uyghur minority in the Xinjiang region.

In this cinematic landscape fueled by pro-regime sentiments, a more nuanced and darker film like “Return to Dust” seemed, indeed, to have little chance of surviving.