Women and the bowels of creation: "I create and I tell you why"

Creation, a light between flaws and suffering. This weekend ended the Festival des Francophonies. A 39th edition also placed under the sign of a very feminist commitment, with laureates,… 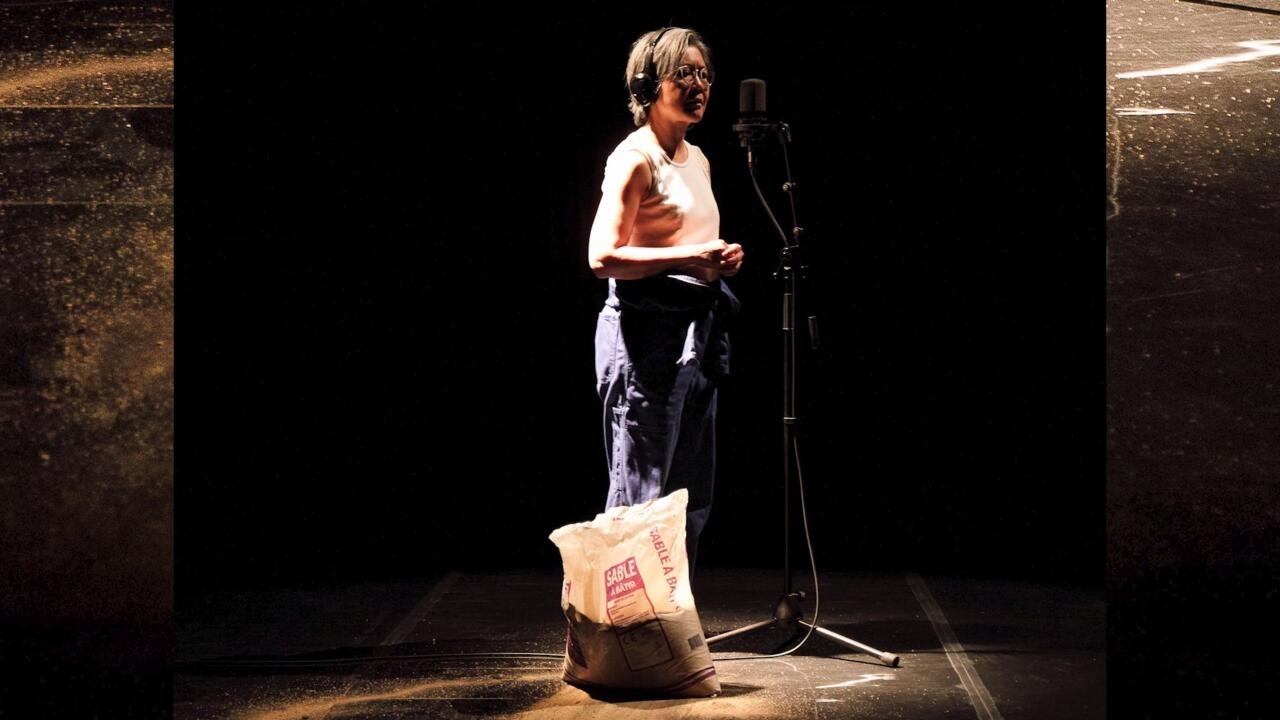 Women and the bowels of creation: "I create and I tell you why"

Scene from the play “I create and I tell you why.

Creation, a light between flaws and suffering.

A 39th edition also placed under the sign of a very feminist commitment, with laureates, authors, actresses, directors, deep questions about the rights and the strength of women all over the world.

Like an ambulatory choral piece, composed of ten texts by ten authors, “I create and I tell you why.

Female cartography of creative desire”, presented at the Théâtre de l'Union in Limoges.

It's about your life

», the word of the Belgian author Marie Darah is one of the ten emblematic voices of this piece around the feminine creative desire.

An ambulatory show to materialize and make the public feel the fact that all these creators have searched the most remote corners of themselves to find the right words.

We, male and female spectators, with headphones on to preserve the very intimate nature of the stories, we are invited to discover in the hitherto invisible corners of the creation of the theater (the dressing rooms, the places of manufacture, the stock of costumes , the quay where the decorations are unloaded…), often unacknowledged experiences of the authors on the origin of their desire to create.

From silence to rape, from depression to aborted cry,

create to make the self-portrait of other Us

take back the confiscated word

”… Joint interview with Maud Galet-Lalande, one of the ten authors, and the director of the show, Aurélie Van Den Daele.

: Aurélie Van Den Daele, you are the director of the Théâtre de l'Union, National Dramatic Center in Limoges, and you staged this show.

Why do you create

The theme of the show is to delve into the guts of why we do this.

For me, it's because I have no other answers to the violence of the world.

And it allows me to say things that are really inside me and find meaning in them.

It's a project with people, with groups where we work together.

We try to provide – maybe not answers, but directions, thanks to authors, texts, images.

Me, that's why I create.

You are one of ten authors.

Why do you create

My story takes place in a living room and in the kitchen of a house or an apartment.

My text is called

, in homage to a sordid suburban town in which I spent my adolescence.

Why am I creating?

I wrote five or six different texts before managing to put my words on the one that was chosen for the show.

The question why I create is both very intimate and I realized that I never asked myself this question.

I will not have an answer, but, seeing the texts of my fellow authors, I have the impression that we are all moved by a flaw, a suffering, in any case by something painful that we are trying to to fix.

I heard in a text that it is the faults that let the light through.

Maybe that's why I create.

"The power of the loincloth", the power of women, in Mali and in the world

You have ordered texts from authors from France, but also from Martinique, Guyana, Congo, Haiti, Belgium, Morocco, Benin, Lebanon and Canada.

After having established this female cartography of creative desire, what surprised you the most in relation to the subjects covered

What really surprised me was that the texts were very intimate.

And when I say “very”, it's immensely intimate.

They really had that in common, whereas I initially expected something more from the creation mechanic.

This disturbed me greatly when I received the texts.

For that, I decided that one cannot listen to these texts sitting in a room, always in the same place, but that it was necessary to listen very intimately to each of these rather individual words, in a common space, in outpatient mode.

It really disturbed me to realize that creation, for many, is linked to suffering.

In any case to a place of suffering.

Afterwards, it can of course be transformed.

Scene from the play “I create and I tell you why.

Is there a specifically feminine desire to create

Seeing the show, I tell myself that the creation that I want to lead now is feminine.

That is to say that it is also a word of revolution, a political word, and which, at a given moment, reclaims words.

Listening to the texts, I realized that all creators or authors, we have experienced, in one way or another, a form of pressure, muzzling, imposed silence.

This means that the words that we manage to put down now and to have spoken through the mouths of actresses are certainly a way of freeing us, of emancipating us.

So, yes, it's completely a female desire.

You have been trained by many directors and theater people, and obviously, it is exclusively men.

why do you create

», Does this void come from this fact

The writing commission for this show allowed me to ask a lot of questions and to challenge myself.

I realized that even my writing was sometimes masculine.

That is to say that I distributed main roles to men, that I prevented women from being on the front of the stage.

As a woman, we are often oppressed and muzzled, but I also have the impression that there is self-censorship.

I realized that I was maybe even a little misogynistic towards myself.

You designed this show as a big sorority party.

As a theater director, director, actress, you can act on what is visible on stage, but how do you act on the spectators

Sisterhood, what was important to me, was how we women can act within our group to create mutual aid and communication cells and a genealogy.

Then there is the question of how to convey this to the public.

The show is designed as a wandering.

For me, it's a way of appealing to the public in different places.

These are very small things: they cut a wire, they take a drink, they hear texts next to people they don't know, they share very intimate things with them.

And at the end, we also give them a text.

As part of the show, you are one of the authors, but beyond the play, you are also an actress, director and artistic director of the company Les Heures Paniques.

I believe in a theater that is a unifying utopia.

I believe in a theater which, one day, will make it possible to erase genres and origins.

Obviously, this is a utopia.

It is a dream which, for the moment, is not realizable.

In my theater, it is often a question of something that could be called the "poélitique", it is a word that I find very beautiful, created by Enzo Cormann [

The "poelitic" is to start from the intimate to tell the universal.

How do I act with my theater on the spectators?

I start from details that I know and from things that are sensitive and close to me, because I don't feel entitled to tell stories that I haven't experienced.

But through these intimate details, I try to open up and reach as many people as possible in order to tend towards the universal.

This is what happened during the show, in contact with the ten authors.

There really is something about sisterhood.

It's like sowing seeds and the band grows and grows...

The texts explored the creative desire of women in a thousand ways.

Are there still taboos that cannot be addressed

We try to break the chains, but there are still plenty of taboos.

Men, when we ask them about their creative desire, they often don't mention that, even if there are great authors who have suffered.

I have the impression that there are also a lot of taboos around feminism.

There are all these taboos around judgment and this way of always minimizing what women are going to do.

The ten authors break many taboos in their texts, because they dare to say many things, but there are still many.

I create and I tell you why.

, created at the Théâtre de l'Union, in Limoges, as part of the 39th Festival des Francophonies (September 21 to October 1, 2020).

"The power of the loincloth", the power of women, in Mali and in the world

Francophonies in Limousin: Célimène Daudet proclaims her love for Haiti