This is how a child's heart is saved

Mazen is an 11-year-old boy from Gaza who, one month after birth, was diagnosed with coarctation of the aorta (a narrowing of the aorta that forces the heart to... 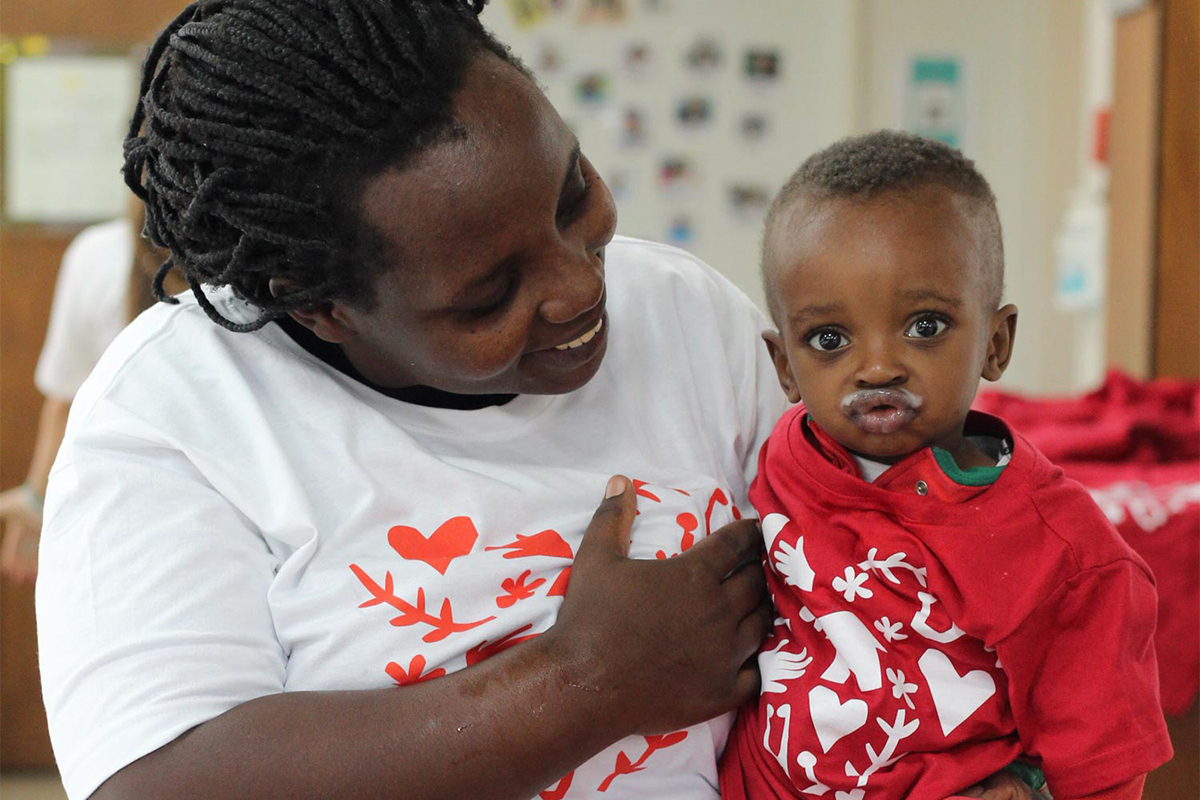 Mazen is an 11-year-old boy from Gaza

who, one month after birth, was diagnosed with

(a hole in the wall that separates the ventricles that causes oxygenated blood that should be distributed throughout the body to pass to the right side and be pumped back to the lungs).

Jack 'Be', from Kigali, Rwanda

, was only a week old when his mother sensed that something was wrong and took him to hospital, where he was diagnosed with

- when a vessel that connects the aorta to the pulmonary artery necessary for the fetus to survive inside its mother and that normally closes shortly after birth.

(deficiency in the septum that separates the atria, which can increase the blood load in the lungs and make the right side of the heart have to work harder) was detected in a hospital campaign

on the border with Ukraine

Different origins, ages and congenital heart disease, but the three have something in common: they are part of the

that the non-profit organization Save a Child's Heart (SACH) has saved over 26 years.

"One in every 100 babies in the world is born with a heart defect. Many are not serious, but up to a third need appropriate medical care to survive," said Tamar Shapira, deputy executive director and director of Public and International Relations at SACH, to a group of journalists from various European media, including EL MUNDO, displaced to Tel Aviv for the meeting of the WHO Regional Committee for Europe, held from September 12 to 14.

Such medical care is readily available in developed countries, but in many others children are faring worse.

not only helps build a better future for these children, but for their families and communities

Paraphrasing the African proverb 'it takes a tribe to raise a child', the organization states that

it takes a village to save a child's heart

With this maxim, SACH has already saved more than 6,000 children,

from newborns to 18 years old (and some older)

, from countries such as Ethiopia, Zanzibar, Kenya, Tanzania, Iraq, Syria, Kosovo, Romania, Uzbekistan, Palestine or Ukraine, among others -38% come from sub-Saharan Africa, 53% from the Middle East and North Africa and more than 8% from Asia, Central America, Eastern Europe and Oceania-.

An average of one life every 24 hours

The origin of SACH

Born and raised in Washington, Dr.

trained in the 1980s at Walter Reed US Army Medical Center.

While on duty in Korea at the end of that decade, he met Harriet Hodges, a woman who helped children with heart disease receive medical care, and asked Dr. Cohen to treat them.

With permission from the Army

, he began to perform surgeries and that was the seed of all his subsequent work

After immigrating to Israel in 1992, he joined the Wolfson Medical Center in Holon (on the outskirts of Tel Aviv).

In 1995, thanks to a mutual friend, an Ethiopian doctor contacted Cohen and asked for help for two children who desperately needed heart surgery.

Dr. Cohen arranged for the flights to be approved from the hospital and

housed the children at his home while they recovered

Helene and Abdul were those two children, operated on in 1996, and from then on children from all over the world began to be brought to Israel for free treatment.

The Annals of Thoracic Surgery

published an article by Ami Cohen together with the doctors who accompanied him on this adventure, Sion Houri and Akiva Tamir, entitled

Saving a Child's Heart: We Can and We Must

, which had been in operation for 5 years, was explained and offered

Despite Dr. Cohen's sudden death on Kilimanjaro in 2001, the Wolfson Medical Center team was committed to continuing his work, for which he has won numerous awards, including the 2018 United Nations Population Award. , the project has not stopped growing with the opening of the Sylvan Adams Children's Hospital and the Ida Cabakoff International Cardiac Care Center, a seven-story building with the best infrastructure and equipment to continue treating children initiated by SACH in cooperation with the Medical Center Wolfson and the Israeli Ministry of Health.

They also have offices in several countries, such as the United States, the United Kingdom, Canada or the Netherlands, among others.

children from all over the world are treated in Israel

on the other hand, they train

so that they can then return to their countries and help the children: "Don't give them fish, teach them to fish," Shapira stressed.

The third leg is

the sending of missions

to these countries, which are of two types:

(they have carried out about 30), and disease

Of this last type is the mission that they sent last week to Zanzibar, in which they evaluated and diagnosed 428 children.

One of the cases is that of

who was operated on by SACH in 2019. The little girl had the same condition (patent ductus arteriosus) as

her mother, who was treated by the organization 20 years ago

In this mission, she has been followed up and her brother Fahim, two years old, has been diagnosed with the same heart defect, for which he will travel to Israel to undergo surgery.

Although the pandemic put a halt to these types of missions, they resumed in June 2021. "Despite the challenges of 2020, we have delivered on our promise that as long as children with congenital heart disease around the world continue to suffer without access to care , we will treat them and raise the standard of pediatric cardiac care around the world," Shapira said.

have already trained more than 140 professionals from associated countries

from three months to five years

and are all conducted under the auspices of Tel Aviv University's Sackler School of Medicine and the Israeli Foreign Ministry.

, who is in the second year of a five-year training program in pediatric cardiac surgery -"training here is a great opportunity," he says-;

Enas Kabar, a doctor from Gaza

who is training to improve her skills in pediatric cardiac anesthesia, a program that lasts between 3 and 5 years.

Once or twice a week she goes to her house in the Gaza Strip to see her children.

She tells Kabar that at first she was up to six hours waiting to pass the controls;

now they already know her and she has more facilities to get in and out faster.

Mazen, the 6,000th child saved by SACH, in December 2021 at the new Sylvan Adams Children's Hospital.SACH

Almost half of the children from

Palestine and the Gaza Strip have been cared

: every Tuesday the Wolfson Medical Center receives a group of between 20 and 25 children from that area "treating

not not only about mending hearts, but about building bridges

the European Union-funded Heart of the Matter program

SACH works with a partner (for example, an NGO) in each participating country that must meet certain requirements, such as having a qualified cardiologist or pediatrician with an interest in cardiology or the ability to follow up post-operative children and dispense medications.

A team from the organization travels to that country to evaluate the children and follow up on the operated ones, local doctors are trained and helped to improve the equipment and whenever possible, the SACH team works together with the local staff. .

When children cannot receive treatment at home, they are selected to

travel in small groups to Israel, where they are accompanied by a relative

The stay lasts two to three months, since after the intervention they stay for a while to verify that everything is going well.

, a building that opened in October 2011 and can accommodate up to 60 children with their mothers, nurses and medical professionals.

It has common dining and lounge areas, a games room, a large common kitchen, and accommodation for volunteers, who come from various parts of the world and are crucial in helping the children and their families while they are there.

Several children with their mothers in the garden of the Legacy Heritage Children's Home.EIPA

Many doctors who work on a voluntary basis contribute to this effort of not only treating the disease but also the patient,

not only treating the child but the whole family

In addition to having the support of the Israeli Ministries of Health and Foreign Affairs, the project has

, from funds donated by foundations, individuals and companies related to medicine, through the sale of products such as t-shirts or sweatshirts with the organization's logo, to various actions such as running a marathon, organizing a

class or touring the country on a bicycle.

Everything counts towards the

-money that covers the displacement, the stay of the little one and his relative, as well as the treatment- and continue saving hearts.