The 'invisible' Hermès shoes that all of Paris is talking about

We live in the times we live in, and that means that at every show, brands strive to have one or two viral garments or accessories. It's not like it's anything... 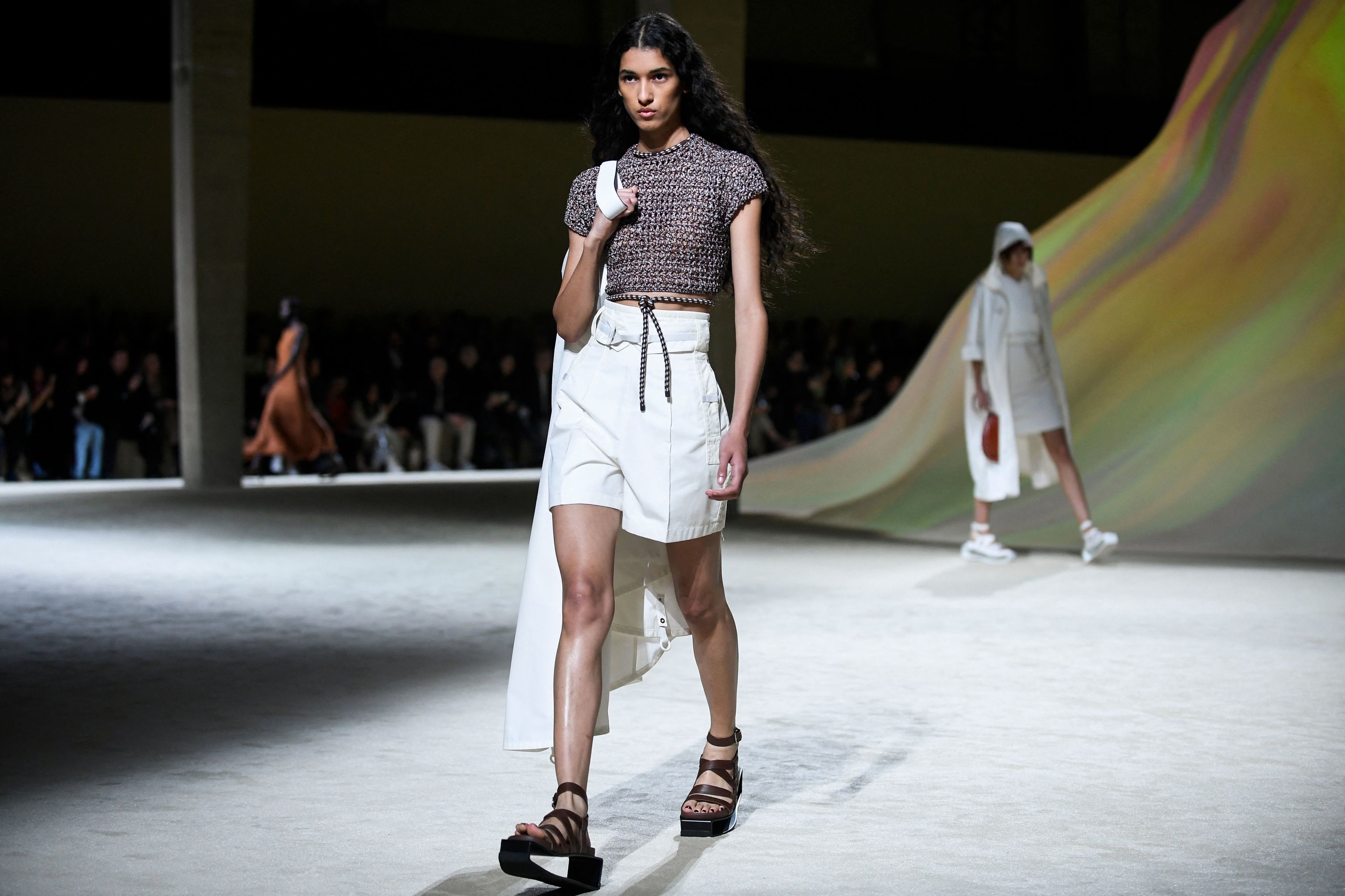 We live in the times we live in, and that means that

at every show, brands strive to have one or two viral garments or accessories.

Which is not that it is anything new either, because ever since designers presented their collections in salons full of ladies waiting to buy, they knew that there was one or two models that were going to give more to talk about than the rest.

But you know: we like to blame social media, which

has certainly amplified the 'wow' effect

creativity to have no limits

and is not always subject to the purely commercial, even when we talk about prêt-à-porter (which ultimately ends up in the store).

At Paris Fashion Week we already have a few examples, but the latest, and one that many are talking about loud, clear and favourably, is

the 'invisible' shoes from Hermès.

The parade of the iconic and highly valued 'maison' has taken place at the Paris Tennis club, which has become a

That was the starting point for the spring-summer 2023 women's collection, and don't expect Burning Man clichés or extravagant glitter-laden outfits:

this is Hermès, and this is where

You come to appreciate the know-how of an artisan firm that needs many, many months of production so that the finishes are impeccable and

They seem like two opposite worlds, and that's why the premise is so interesting.

How do these two very different universes converge?

To begin with, with the aforementioned shoes.

The base of the shoes is simple: they are

sandals with wide straps and a comfortable fit

that are somewhat reminiscent of the 'ugly sandals', those so adored by the world of fashion and that solve practically any look that you have. come to the head

The striking thing is that, under them, there is a

rectangular and hollow structure in the center,

which has been moving to the rhythm of the passing of the models, almost as if it were a spring.

The trendy colors of 2023 according to Hermès

The shoes have been appearing in practically all the exits of the parade, which indicates not only that they are a great bet on a visual level, but also that they go with absolutely all those pieces that

"seem to have been cut directly from a net, a hammock or a mosquito net.

Of elements that would come in handy for camping in the desert and that, moreover, blend in with it in terms of color: the beige and earth tones that are so typical of Hermès have been joined with reds, mustards and, of course,

"the pink of dawn, to retain the freshness before it escapes".

The lines are as clean and exquisite as always in the house, only that, in addition, on this occasion they are interspersed with openings and knots that seek a DIY sensation, as if that woman who has escaped in the middle of nature to reconnect with her and forgetting a little that his cell phone doesn't stop ringing for work reasons, he would have taken

"fabrics normally designed to protect us" and "with some ropes and knots" he places them "in dialogue with the outside world".

This idea looks very, very good, in a pink dress that seems to be divided into several parts held together by rope in a more intense tone, or in a tan jumpsuit whose pants open on the side despite having the same ropes.

Although the plain looks continue to be the most representative and attractive of the firm, it is not possible not to mention the geometric prints, both in gray and black and with a blue and red background.

A game of shapes that can remind Kandinsky, but also some trip caused by the euphoria of the moment.

What is clear is that

whether to go to work, or to go to a rave to jump on crazy sandals that have won the 'like' again.

If they are a hit like the Oran or the well-known Birkin, only time will tell.