In Paris, artists have been doing Nuit blanche for 20 years

Attracting one million visitors each year, the Nuit blanche has enabled 4,000 artists to invest the city of Paris to interest a new audience in contemporary art, since its launch in 2002.… 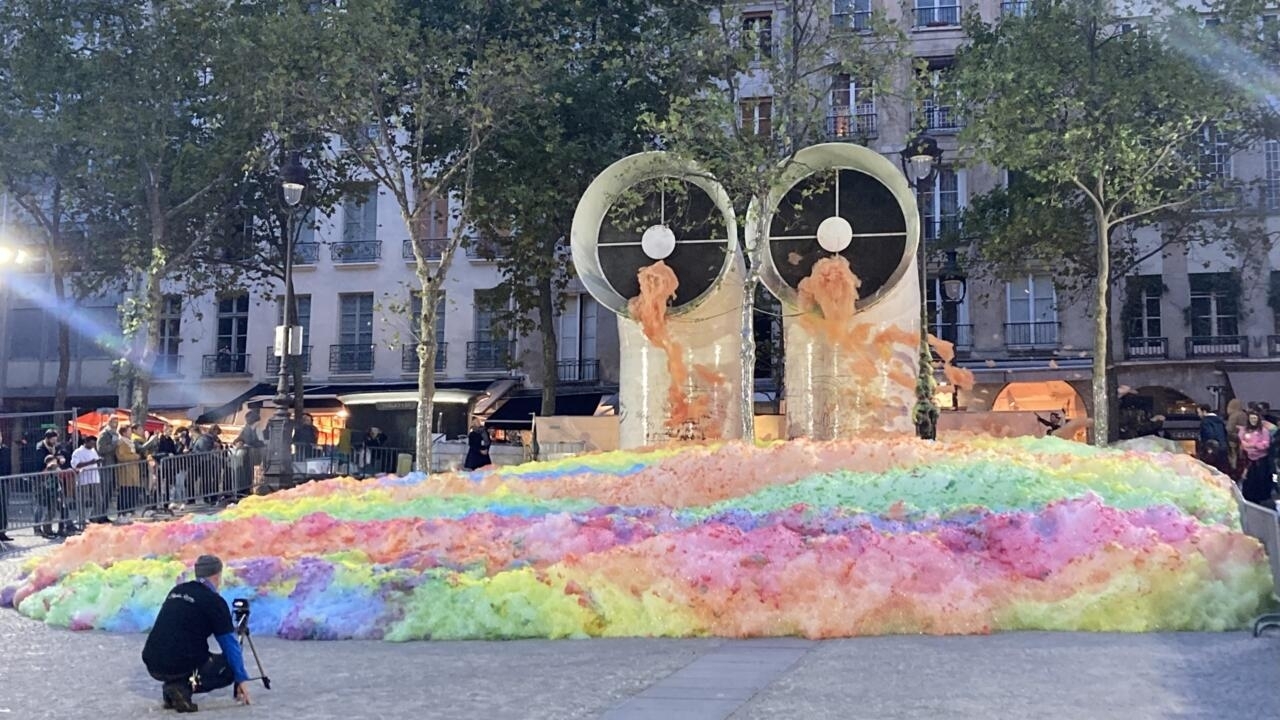 In Paris, artists have been doing Nuit blanche for 20 years

With “Island of foam”, by Stéphanie Lüning, a colorful foam invades Beaubourg, in front of the National Museum of Modern Art, in Paris.

Attracting a million visitors each year, the Nuit blanche has enabled 4,000 artists to invest the city of Paris to interest a new audience in contemporary art, since its launch in 2002. For this anniversary edition, the director artistic Kitty Hartl imagined the French capital as

” where hell would rub shoulders with paradise.

However, everything started badly for

During the first edition, in 2002, the evening began as planned with the wonder and pleasure of discovery for the thousands of visitors, art lovers or simply curious.

The artist Sophie Calle then receives the public in a room at the top of the Eiffel Tower.

On the towers of the National Library of France, the lights come on to the rhythm of a giant video game and everywhere, the queues get longer, sometimes for several hours.

Bertrand Delanoë, then mayor of Paris and at the origin of

, wanders around different sites before returning to the Town Hall, around 2:30 a.m.

This is where a lunatic pounces on him and stabs him in the stomach.

The mayor of Paris is then hospitalized and will have to spend several weeks in convalescence.

His attacker, who proclaimed his hatred of homosexuals and politicians, will be judged criminally irresponsible and sent to a psychiatric hospital.

Like its initiator Bertrand Delanoë, the Nuit blanche overcame this ordeal.

the event has allowed Parisians or visitors

"move from one place to another like a game of goose, going from surprise to surprise"

, in the words of Jean Blaise, its first artistic director.

The principle has remained the same: install art in the public space to attract a public that is not usually interested in it.

"The magic of Nuit blanche

a laboratory, an idea box, a space for discovery that allows unexplored territories of art to be seen and experienced, through a sharp, committed gaze, sometimes quirky, of contemporary artists

", explains Carine Rolland, current deputy to the mayor of Paris in charge of Culture and the City of the quarter of an hour.

Since the birth of the Nuit blanche - of which the luxury group LVMH is the main sponsor - 4,000 French and international artists have performed there.

Thirty foreign cities have taken up the idea, from Tel Aviv to Kyoto, via Vilnius or Montreal.

At the time of the Greater Paris project, the event has never hesitated to cross the border of the ring road and is taking on another dimension on the scale of the entire metropolis: 26 cities in the Paris region are taking part this year.

That's not counting the Norman towns of Le Havre and Rouen, downstream of the Seine, which are taking part for the first time.

For this anniversary edition, some 200 artistic projects oscillate between the desire to escape from everyday life and the need to look the world in the face.

The Austrian artist and director chose the theme of the

, a reference to the mind-blowing painting by Jérôme Bosch.

In this work from the turn of the 15th and 16th centuries, the exact date of which remains uncertain, hell rubs shoulders with paradise.

, slips into a smile the one who popularized the New Burlesque cabaret, with its luscious strippers proud of their bodies.

Among the works she has selected is

, a monumental video installation in the Nelson-Mandela garden, located in the heart of the Halles district in Paris.

On three screens, the Dutch collective Smack offers an equally phantasmagoric reinterpretation of Jérôme Bosch: a multitude of little monsters come to life endlessly like in an electronic game.

too, insists Kitty Hartl who invites us to look at the details of the work: a

"bitter criticism of our time, of our submission to new technologies, mass surveillance and perversion brands ".

In the Parisian night, partial view of the “Speculum” triptych, by Smack, inspired by Jérôme Bosch.

“In France, you are lucky”

In this same poetic and vaguely disturbing vein, German artist Stéphanie Lüning sculpts moss on Place Georges-Pompidou, at the foot of the National Museum of Modern Art of the same name.

As the Paris 2024 Olympic Games approach, other works create a dialogue between art and sport.

But the most striking show could well be the new performance by the American Cabaret New Burlesque troupe, at the Théâtre du Chatelet, between humor, glamor and the pleasure of provocation.

Dressed in an American flag (which she is gradually removing), the performer Dirty Martini directly evokes the questioning of the right to abortion and the weight of the arms lobby in the United States.

Behind the scenes, his accomplice Kitten on the Keys says it bluntly:

“In the United States, culture is dying.

In France, you are really lucky to have events like the Nuit blanche where artists can express themselves and where the public can discover them”.