Contemporary art: Nuit blanche celebrates its 20th anniversary in Paris and the region

It's a year like no other for Nuit Blanche, which is celebrating its 20th anniversary. On the night of Saturday to Sunday, the event will put contemporary art in the spotlight in the streets of major cities.… 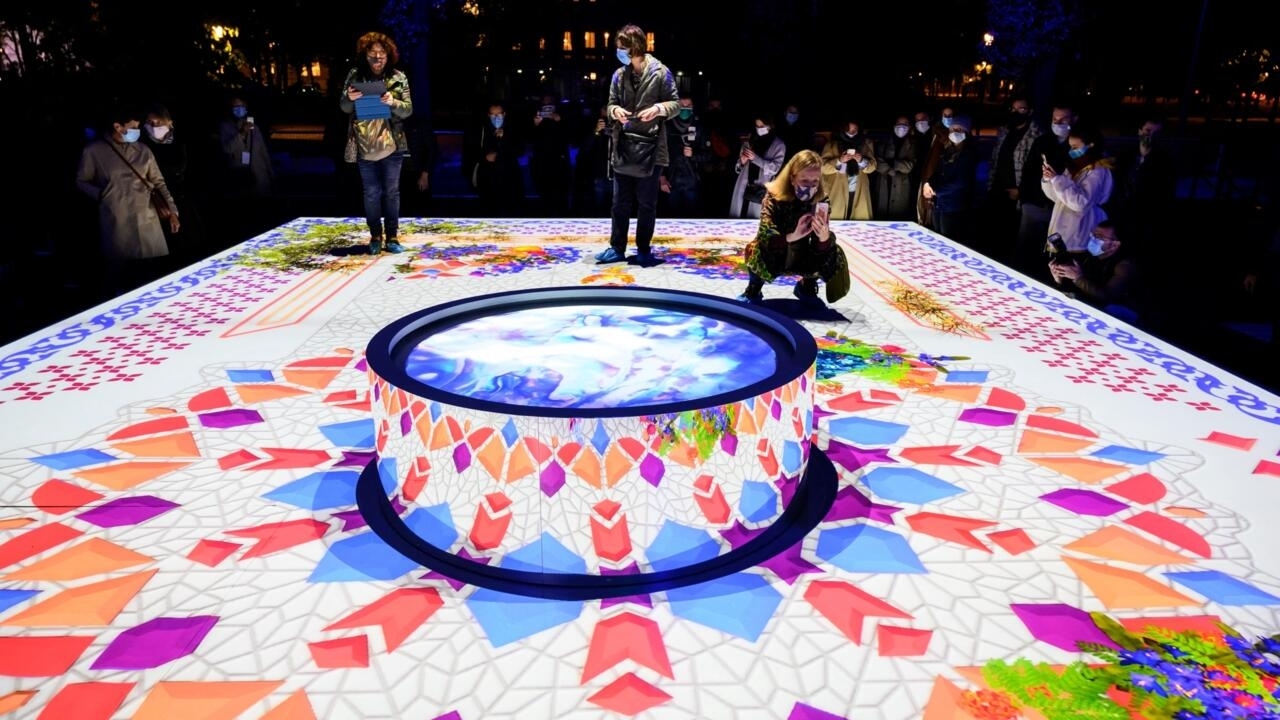 Nuit blanche celebrates, Saturday, October 1, in Paris, its 20th anniversary by distilling contemporary art in its streets for the last time in October, before bringing forward its meeting in June from 2023.

By "going through there" Friday evening, during a presentation to the press, Sabrina Saber suspended her evening: for "20-25 minutes", this Parisian now living in Biarritz has been scrutinizing the dozens of characters from "Speculum", a work installed in the garden of Les Halles, in front of the Saint-Eustache church.

With its monsters divided between paradise, life of debauchery and hell, this digital triptych is a wacky and even transgressive reinterpretation of "Garden of Earthly Delights", the famous painting by Dutch painter Jérôme Bosch.

"We can quickly make the connection with what is happening on Earth," said the viewer, who saw a child run away in fear in front of the representation of hell.

A must through the Nelson Mandela garden to admire a huge digital triptych!

"Speculum, the garden of Earthly Delights" by the SMACK collective refers precisely to Hieronymus Bosch's famous "Garden of Delights" and offers a modern and very hypnotic vision of it.

Like several Parisians interviewed by AFP, this 29-year-old computer engineer no longer remembers the last time she strolled through the capital on the first Saturday evening of October, to encounter a bit of contemporary art.

"It's very nice but we stay in the center: works like that, you have to put them in working-class neighborhoods," she says.

The event, whose concept has been taken up by 30 cities around the world, from Rome to Montreal, has nevertheless been extended to the suburbs since 2019. In addition to 26 municipalities in the metropolis this year, it will be exported for the first time to Rouen. and in Le Havre, two partner cities of the Seine axis.

In 2021, Nuit blanche turned to eastern Paris and its historic sports sites to mark the start of the Parisian Olympiad.

But a storm had spoiled the party, leading Mayor Anne Hidalgo to propose a vote on whether or not to postpone the event to early June or early December.

The spring option having prevailed, it is a little the first page, written in 2002 by the mayor Bertrand Delanoë and the artistic director Jean Blaise, which turns.

"Always the reflection of an era", Nuit blanche "evolves with time", responds to the nostalgic culture assistant, Carine Rolland.

"In June, the night will come later, the air will not have the same content, plus this autumn light", recognizes the elected official who entrusted the last autumn edition to Kitty Hartl, trained by Jean Blaise in Nantes .

It was in the city of the Dukes of Brittany that the artistic director had launched, in 2004, the Cabaret New Burlesque, immortalized by Mathieu Amalric in the film "Tour".

Two decades later, the American stripping troupe is making a comeback at the Théâtre du Châtelet, between humour, glamor and social criticism.

Attract those "who do not go to the museum"

"It's wonderful for you French people to have this night. Culture is dying in the United States!" exclaims the mistress of ceremonies, Kitten on the Keys, for whom art is a way to "escape the current world, to realize that dreams are possible. And, quite simply, to feel better".

And if "Spectre", a cube not recommended for epileptics on the forecourt of the Hôtel de Ville, will ultimately only be visible until 2 a.m., energy sobriety obliges, "Constellations", a cosmos revisited on the water of the Canal de l'Ourcq, will carry until 5 a.m. the honor of a City of Light that has become a little darker with the crisis.

I very much hope that you will fill up on ideas among this small panel!

Take a look at La Villette for "Constellations" by Joanie Lemercier as well as Aubervilliers with its "Fairy Installation".

A big thank you to @PLCommunication for this journey rich in creativity ✨ pic.twitter.com/wlGJBm41NR

With an "eclectic" program, especially for "people who don't go to the museum", Kitty Hartl has chosen to "vary the sensations, go from the contemplative to the daring, from the playful to the festive, from one universe to the 'other".

The Austrian wants "the public to react, whether they like it or not".

With his sound sculpture of 850 metal parts which, suspended by a thread, collide in front of La Samaritaine, the Swiss sculptor Étienne Krähenbühl wanted to "give an idea of ​​what the movement of life could be".

In front of her multicolored foam that escapes from the air vents of the Center Pompidou, the German artist Stéphanie Lüning does not seek to create any emotion, but simply that the public "have fun, from the child of 3 years to the grand- dad".

It's been successful with Andreas, 10, and Gabriel, 9, who have their hands full.

"You can swim in it, it's super beautiful", rejoices the second, happy to have unearthed a "not boring works of art".

You never know, I'll give you the link to simply access the entire program: https://t.co/ZATckyT7Sr

Let's leave on a video as unexpected as it is dreamlike (captured by Sovanna: https:/ /t.co/XzrxYaF81D).

And you, what will your evening stroll be?