The dead end of Junts

The ordinance that President Pere Aragonès has launched to Junts per Catalunya denotes that the Esquerra Republicana is the party that, five years after the illegal referendum of 1... 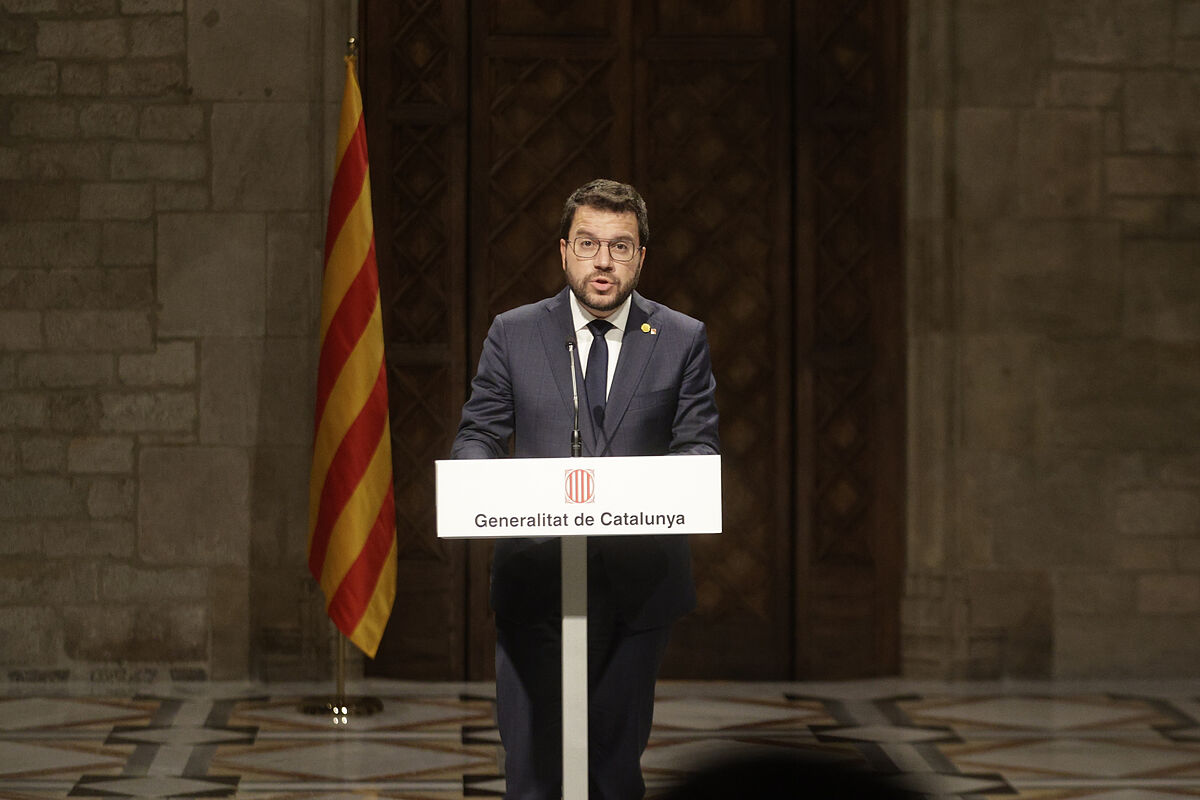 has launched to Junts per Catalunya denotes that Esquerra Republicana is the party that, five years after the illegal referendum of October 1, 2017, has won the nationalist struggle.

Only with the support of the regional bourgeoisie and the central government can Aragonès' ability to, in just two days, propose the formula for a referendum agreed with the State without having previously discussed it with his partner in the Government and, together with

It is a coup of authority that humiliates Junts and corners him in a dead end, since there is no good solution for the party: by staying in the Generalitat or abandoning it, he will arrive wounded at the municipal elections in May.

For the time being, Junts opted yesterday to gain time and postpone his decision.

With these movements, the substitution process that had been brewing in Catalonia since the fiasco of the Unilateral Declaration of Independence is confirmed.

The two parties that brought it to the brink of rupture and to unquestionable economic and social decline have parted ways.

With Oriol Junqueras and Carles Puigdemont facing each other,

ERC has chosen to relieve the former Convergència

as the pretended party of pragmatism and stability.

In this process, the Government and the PSC have collaborated, which is already emerging as the natural ally of Aragonès together with the commons.

An evident turn in the political board that governs in Spain since the formation of the independence front in 2015.

The president's bet goes through a kind of

Canada that allows an agreed referendum to be held.

The proposal is sufficiently vague so that the ERC and the PSOE can hold a "dialogue" that satisfies both of them.

However, the apparent renunciation of the unilateral path, largely due to the imprisonment of the leaders of the

Reasons for mistrust persist, since the nature of ERC and the old Convergència is not the same.

Esquerra is a party with 90 years of history that has the weakening of the State as an existential and not a conjunctural objective.

The secession of Catalonia remains its purpose;

the difference is how to achieve it.

The formula now consists of achieving a sufficient social majority to support independence in a referendum agreed with the State.

The means change but not the end.

On the horizon are elections that ERC faces with vigor and Junts with special vulnerability: to Esquerra's domination is added the serious internal conflict that the party is going through, divided between the radicalism of Puigdemont's supporters, who press to break up the Government, and the possibility of those who, like Jordi Turull, are committed to an institutional formation that touches power, and for this reason they delay the decision on their continuity in the Generalitat.

Whatever happens, Catalonia embarks on an uncertain path with Esquerra as a strong party thanks to the support of Moncloa.

The operation is at least risky.