Manuel Turizo: "There is a superficial image of me, but I don't care"

If we did a survey to find out what the song of the summer 2022 has been, Manuel Turizo's Bachata could be the only one to overshadow Rosalía's Desspechá or... 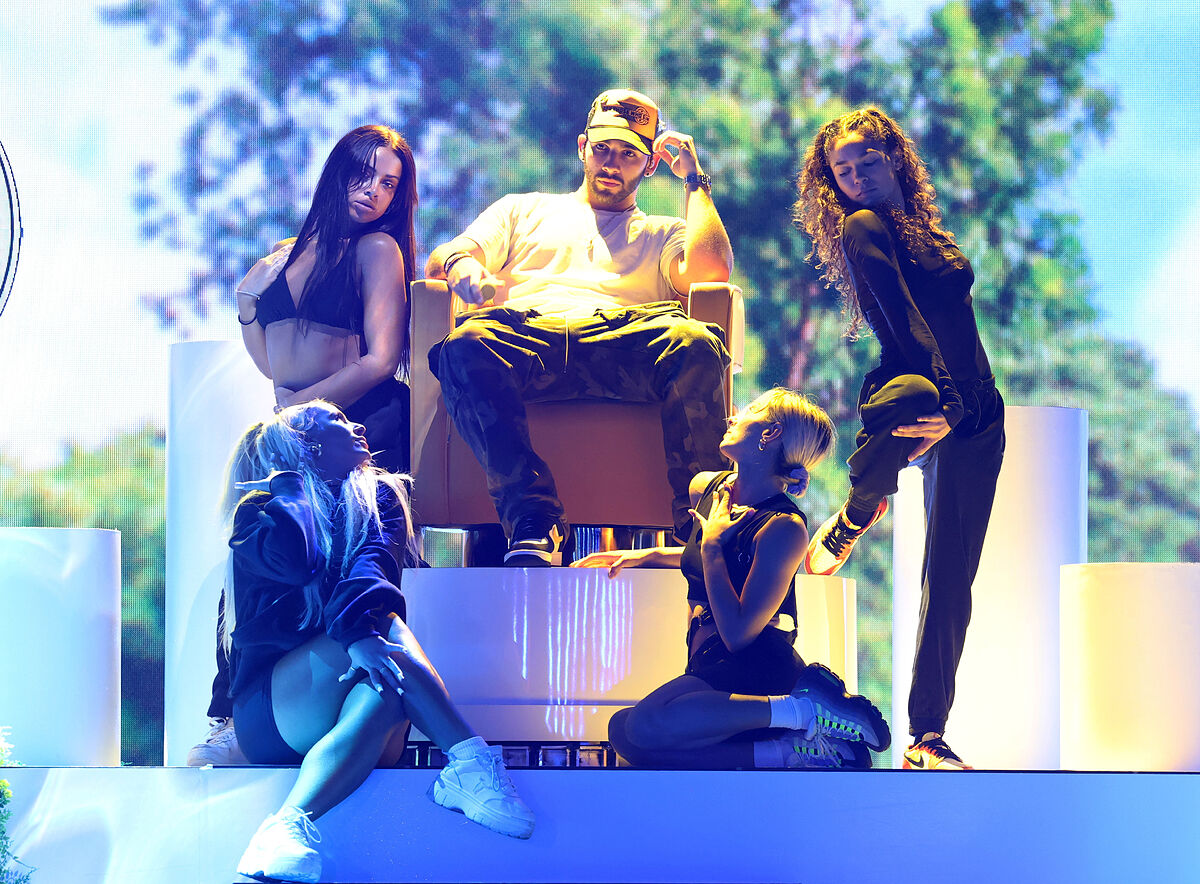 If we did a survey to find out what the song of the summer 2022 has been,

could be the only one to overshadow

16 weeks have passed since the release of the single and it remains in the top 3 in Spain on the Promusicae charts.

It adds almost 280 million reproductions only on Spotify and has managed to place the Colombian Turizo among the most listened to artists in several Spanish-speaking countries.

The umpteenth time that he achieves it despite being only 22 years old.

Manuel Turizo rose to fame in 2016 with

, composed together with his brother Julián.

, a prominent cattle-raising region in the north of the country.

"We lived in a room that was smaller than this room," he

recalls, pointing to the room in a central Madrid hotel where we are doing the interview.

To sleep we both crossed a mattress next to each other

. That's where it all started," she adds.

He explains that his parents always forced him to play some instrument without being passionate about any of them until he became interested in working on his voice.

At school "I was the

little guy who got the minimum grade to pass

, the intro of the popular telenovela

"You don't know which song is going to connect more with the public but,

in a certain way, I do hope that all the songs are successful

. You do it with passion and you feel that each song is going to enchant you," he acknowledges.

Erected as a new benchmark in bachata by the public and the media,

"I feel that they are Hispanic genres, after all.

The origin no longer matters. The urban allows that there are no guidelines, that there is no stigma

. What sounded, sounded. It no longer matters that Puerto Rico is the mecca of salsa or that it is a Dominican who has to do bachata.

C. Tangana and Rosalía are doing bachata. We are a generation influenced simply by Hispanic music

Also triumphing on social networks, he has

12.5 million followers on Instagram and another four on TikTok

In his networks he appears

dancing with female fans, posing without a shirt or showing off his latest look

"I show my music, my concerts and my stuff, which is what I want to show. I'm not going to put it on if I'm in bed with my girlfriend lying down watching a movie. That's mine.

I know there's a more superficial image of me because of that, but I don't care a bit

. I don't create an image of people based on what I see on networks because that's not even 20% of reality. I feel that today people rely a lot on that, but It's not what matters to me," he says.

Turizo reveals that every time he has a free space, he travels to Colombia to go to the

farm where he raises horses

- "a little female called Bachata has just been born" - or to go boating.

Two things that he cannot imagine without in the near future in which he hopes "to be building stadiums all over the world."