Once upon a time there was a town crossed by a waterfall that in the 21st century ended up becoming one of the most famous towns in the province of Burgos. We are talking about Orbaneja del... 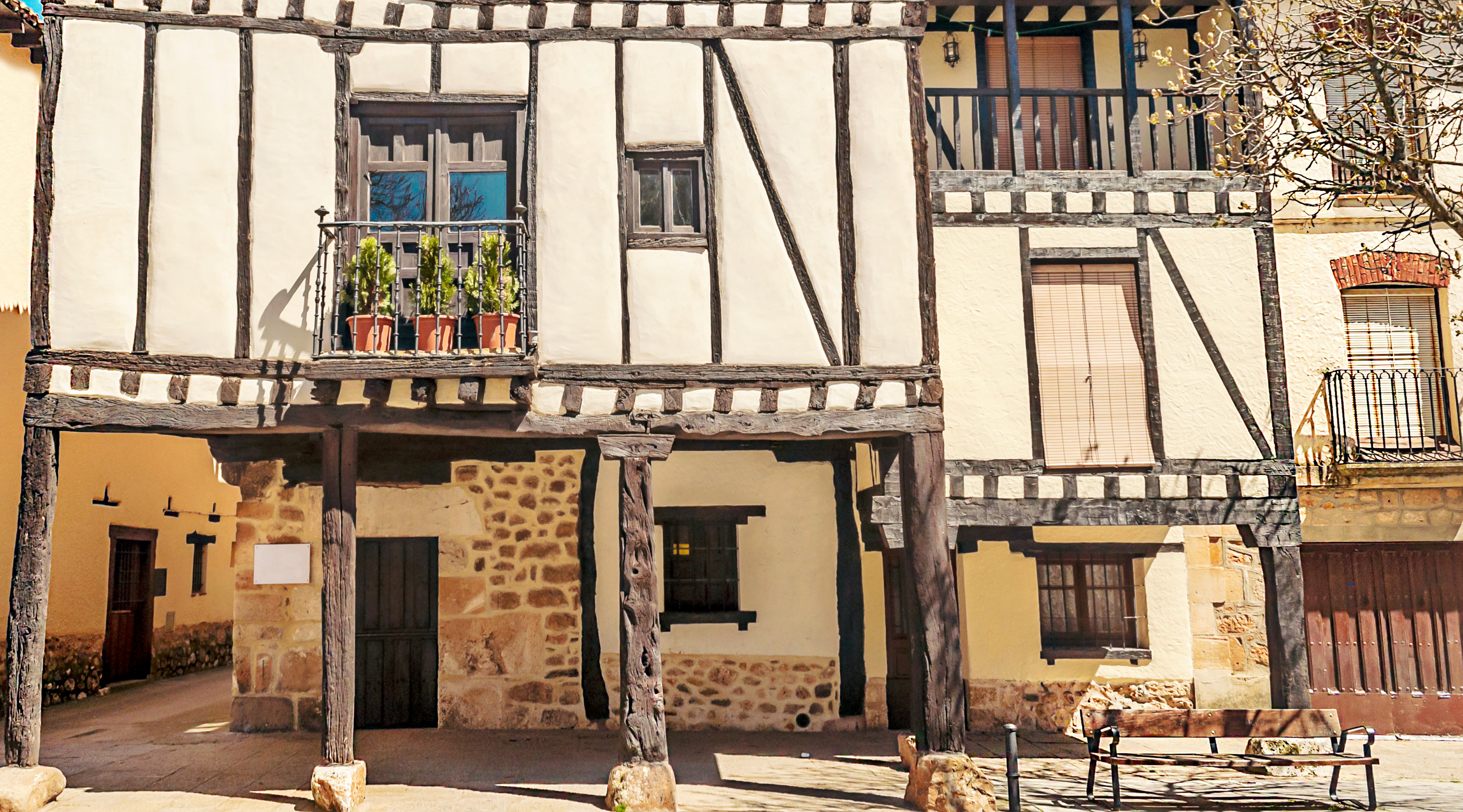 Once upon a time there was a town crossed by a waterfall that in the 21st century ended up becoming one of the most famous towns in the province of Burgos.

We are talking about Orbaneja del Castillo, one of the most impressive landscape enclaves in Spain.

With him we begin this route through some of the essential towns of our geography.

Perched on a canyon next to one of the meanders of the Ebro, this town in Burgos is a feat of nature that has been well used by man.

His hamlet is getting off the hook, adapting to a crazy and fascinating geology.

Below, at the bottom of the canyon, the flow of the river.

Above, a whole circus of limestone cliffs that the water and the wind have capriciously chiseled.

, at the top of the town, and rushes downhill to end in a series of waterfalls that lead to the river.

The neighbors are few (fifty hundred, according to the INE), but the charms of this Historical Ensemble are many, whose mountain style can be seen in the stone mansions topped with strong wooden balconies.

Of course, do not look for the castle: there is no trace left.

Also next to the Ebro, although this time as it passes through the Merindades, Frías holds several titles to tempt the traveller, such as being one of the members of the Association of the Most Beautiful Towns in Spain.

Although technically it is not a town, but the smallest city in Spain.

Its strategic location makes it unique.

Also the flavor of its medieval streets, the set of

that defy gravity and its imposing rock castle, undoubtedly one of the most spectacular in Castile.

Another of the most beautiful enclaves is found before reaching the town: a bridge with nine arches and 143 meters long over the Ebro of Roman origin although fortified in the 14th century with a defensive tower used to collect the pontazgo.

We leave the Ebro and head for the Arlanza River, which runs through the south of the province, opening up a gap in that serene and essential landscape that we know of Castile.

In fact, Covarrubias is the

thanks to its half-timbered houses and wide arcades.

It has many other jewels.

Walking through the historic center you can find up to seven monuments declared of Cultural Interest.

The village of Covarrubias, in the Arlanza region.

An essential visit is the

, the 10th-century fortification where, according to legend, the Infanta Doña Urraca was imprisoned.

Another is the former collegiate church of San Cosme and San Damián.

The temple hides, among other treasures, the oldest functioning organ in Castile, tables by Berruguete and Van Eyck, and the valuable triptych of the

Adoration of the Magi

Without forgetting the tombs of the counts and princesses of Castile, and that of the infanta Cristina of Norway.

We continue along the banks of the Arlanza.

This villa with a perfect baroque

is the product of one man's ambition.

You have guessed it: the

, the most powerful man in the court of Philip III.

De Lerma wanted to do something like the first branch of the kingdom.

Hence, he did not hesitate to build up to

, in addition to the

collegiate church and the ducal palace

with the invaluable help of the best Herrerian architects.

As an example, the Parador Nacional or old palace, stationed on one of the flanks of the Plaza Mayor.

Wineries and vineyards dot the Ribera del Duero, but here and there towns like Caleruega emerge, a surprise for many travellers, despite also being one of the most beautiful in Spain.

For centuries nothing especially exceptional happened in this place.

Everything changed in the year 1170, when one of the most famous people from Burgos was born in the town:

the founder of the Dominicans.

Caleruega, in the Ribera del Duero.

You just have to go up to the nearby viewpoint of the Peña de San Jorge to see it in a panoramic version.

The masculine tower houses the

tower of the Guzmanes

, which belonged to the old manor house of the saint.

The town can also boast of having a 12th century winery, the oldest in the DO Ribera del Duero.