&nbsp;Apple fired its executive vice president after a video of him spread on Tik Tok that included a vulgar comment about women while he was at a car show. It was completed 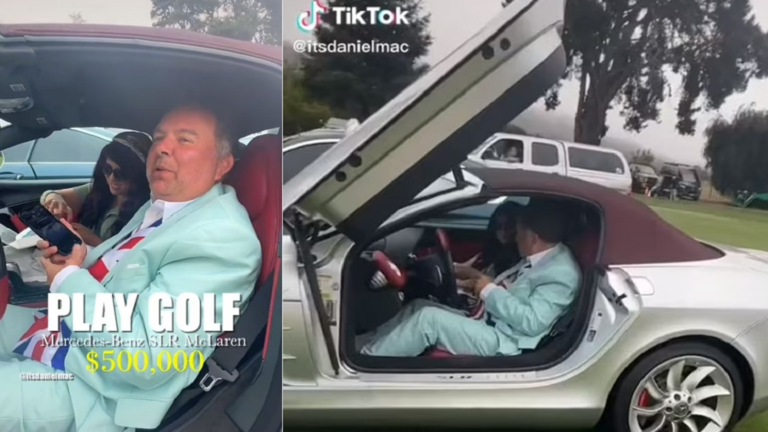 Apple fired its executive vice president after a video of him went viral on Tik Tok that included a vulgar comment about women while he was at a car show.

The company confirmed Thursday that Tony Blevins will leave the Silicon Valley office after dozens of reports and complaints from hundreds of employees, about a video uploaded on September 5, in which he joked about his relationship with women for a living.

In the video posted by tiktoker Daniel Mack, he said that he was walking around asking owners of expensive cars about their profession, and he found in front of him the 55-year-old executive vice president of "Apple", stopping his "Mercedes-Benz SLR McLaren", which costs 500 thousand dollars. .

Asking Apple's executive vice president what he does for a living, the tiktoker joked, "I have an expensive car, I play golf and love women (...), but I take weekends and major holidays."

Sources familiar with the matter told Bloomberg that some Apple employees informed Human Resources about the video, and the issue has become a topic of discussion in recent weeks.

Sources claimed that CEO Tim Cook and COO Jeff Williams were among those angered by the prank.

According to "Russia Today", the video was filmed on August 18, at a car show attended by Blevins in Pebble Beach, California.

Blevins seems to have quoted Arthur from the 1981 film, where the titular character describes her career as follows: "I race cars, play tennis, and love women, but I have the weekend and I'm my own boss."

For his part, Blevins, who worked for the tech giant for 22 years, confirmed that he was fired over the incident and offered an apology for his actions.

"I would like to take this opportunity to sincerely apologize to anyone who was offended by my erroneous attempt at humor," he told Bloomberg.

The official recently served as vice president of purchasing at Apple, where his salary was estimated between $273,000 and $377,000.