The consecration of Telmo Irureta, the actor with cerebral palsy: "I refuse to be considered a victim" 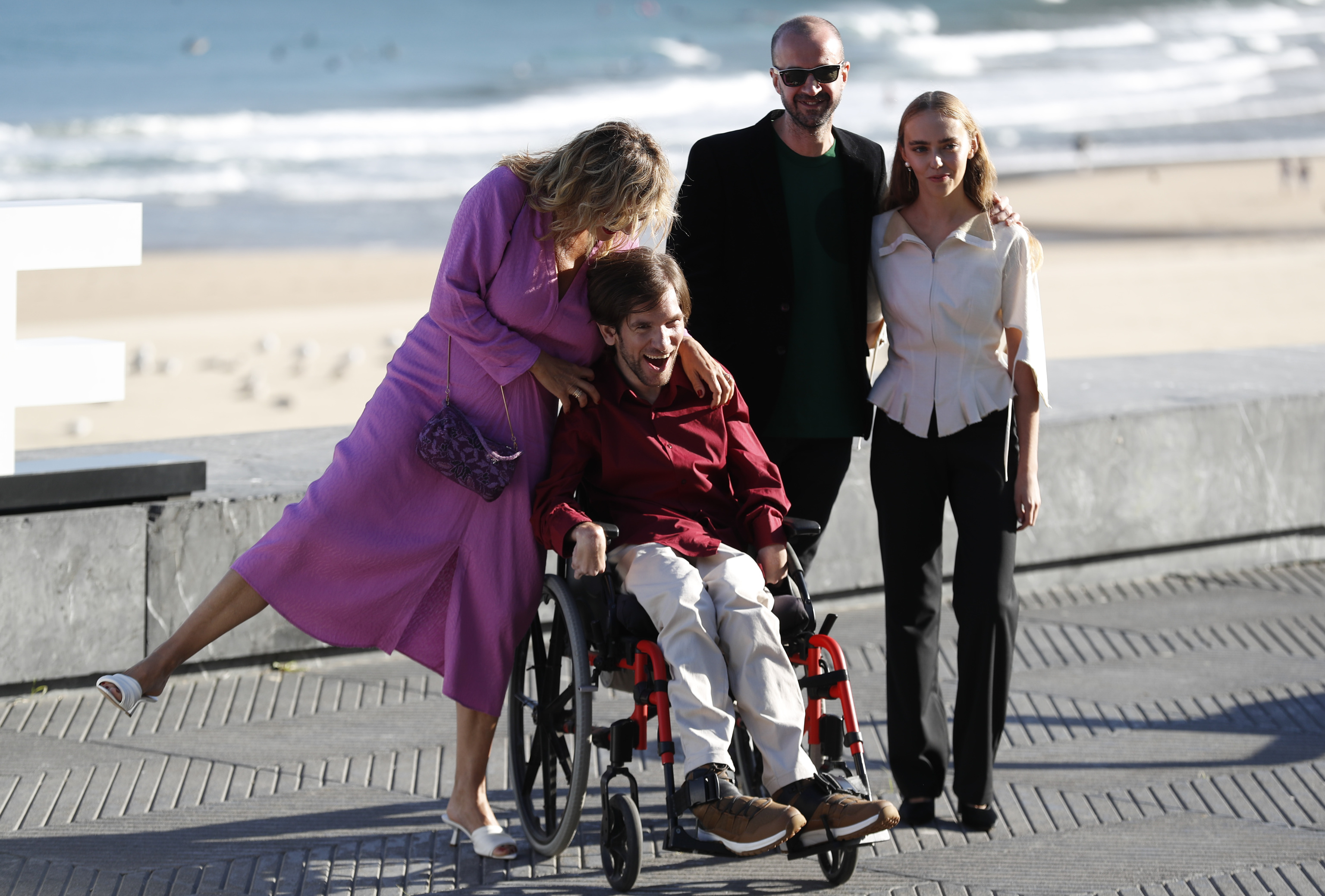 Telmo Irureta... «I understand the discomfort, but, if you take the step away from me to enter your business, you can call me a fucking invalid», says Telmo Irureta in a joke that could be said to have been rehearsed.

And he says it to make it clear that, basically, what he best defines him is the term

In the last edition of the San Sebastian Festival it was easy to find him.

His inseparable wheelchair gave him a retro-futuristic air of a bionic man with a marked Basque accent from Donosti that was impossible to resist.

Because of the cumbersome, original and even ancient.

The Rite of Spring,

by Fernando Franco, has made him the true and only revelation actor of the season.

Without apologizing to anyone, his irruption in the interpretive scene seems like a kind of cataclysm, a cataclysm with wheels.

Definitely, Telmo Irureta, and not only because of the harmony of his rolling movements, is not normal.

"I always wanted to be an actor.

I have also studied Teaching and Pedagogy, but I am clear about what I like and what I want to dedicate myself to », he comments by way of introduction.

He speaks as he interrupts the morning at the Psychology faculty where he now continues to study.

«Let's say that I do not give up certain privileges of my condition, such as taking breaks when I want for an interview.

On the other hand, I am clear about what it means to want to dedicate yourself to

In other words, the more things he knows how to do, the better », he continues while displaying a rounded sense of humor only comparable to his pragmatism (also with wheels).

At the age of two,

and left him in the same position for more than three decades.

And now, that he is already 33, he has received the closest thing to, in effect, consecration.

It would seem that his whole life since he became aware of himself has been a fight against his forced stillness and against what has come to be called normal.

And he, from his very particular abnormality, accepts it without giving up discussing it: «I am very clear about what I am and who I am.

And for that I refuse to be considered a victim.

I hate victimhood, which, in addition to being extremely boring, is above all very toxic.

Juan Diego Botto reinvents himself as a director, sincere, irregular and without cynicism, in the soul of Ken Loach

Juan Diego Botto reinvents himself as a director, sincere, irregular and without cynicism, in the soul of Ken Loach

He says that one fine day, through friends, he found out that a film director was looking for someone like him.

Remember how the initial conversations were with a filmmaker who from the first lines of the script wanted everything, because he dared to do everything.

First a videoconference, then a trip to Madrid, finally everything else.

That is why the possibility of working with Fernando attracted me so much », he comments.

The star moment, hers and that of the film, is the moment that is necessarily full of sex, but not necessarily of love.

“We work with an intimacy coordinator who is there precisely to monitor and control that nobody feels uncomfortable and that nobody does anything they do not want.

I was the one who asked that if a real nude had to be shown, that if the film doesn't want middle terms, neither do I.

Sex concerns us all”, he

The director, Fernando Franco, poses with the actors Emma Suárez, Telmo Irureta and Valeria Sorolla at the presentation in San Sebastián of 'The Rite of Spring'.Juan Herrero EFE

And all this before giving life to David and, hand in hand with him, becoming a motorized celebrity on the red carpet of the Kursaal in San Sebastian.

“Actually, the life of David, the character in the film, is a bit like mine.

He identifies with his loneliness », he clarifies just before releasing what clearly seems to be his star joke:

This last occurrence, actually, says a lot about him and all of us.

“I imagine that the same thing happens with me that happened long ago with homosexuals.

Whenever they appeared in a movie it was to play nothing more than, precisely, a homosexual.

His condition was everything.

It is important to show disability,

that people like me see models in which to recognize themselves, but the really important thing would be that the disabled were whatever the script says in addition to, precisely, disabled, ”he comments without leaving another to give him the reason.

also suffering from cerebral palsy that stops each of his movements in a spasm on the edge of all precipices, who prefers to be insulted than pitied.

He also says, and writes, that his weakness is his strength.

Telmo is not so radical.

Or, better, it's the same, but in his way: "I don't like being pitied or insulted, but I understand his position," he says.

And he continues: «We live in a society that imposes a unique and unreal concept of beauty.

Who has the body that is supposed to be perfect?

No one and yet we let them impose it on us.

Well, I, at least, can also boast of a body that nobody has.

Telmo Irureta is who he is, but he is not... «My God, that thing about different capacities, no.

Who says that, what is he about?