The answer is Europe

The government's attempts to usher in the EU Justice Commissioner, Didier Reynders, go against the demands that Europe's main institutions have... 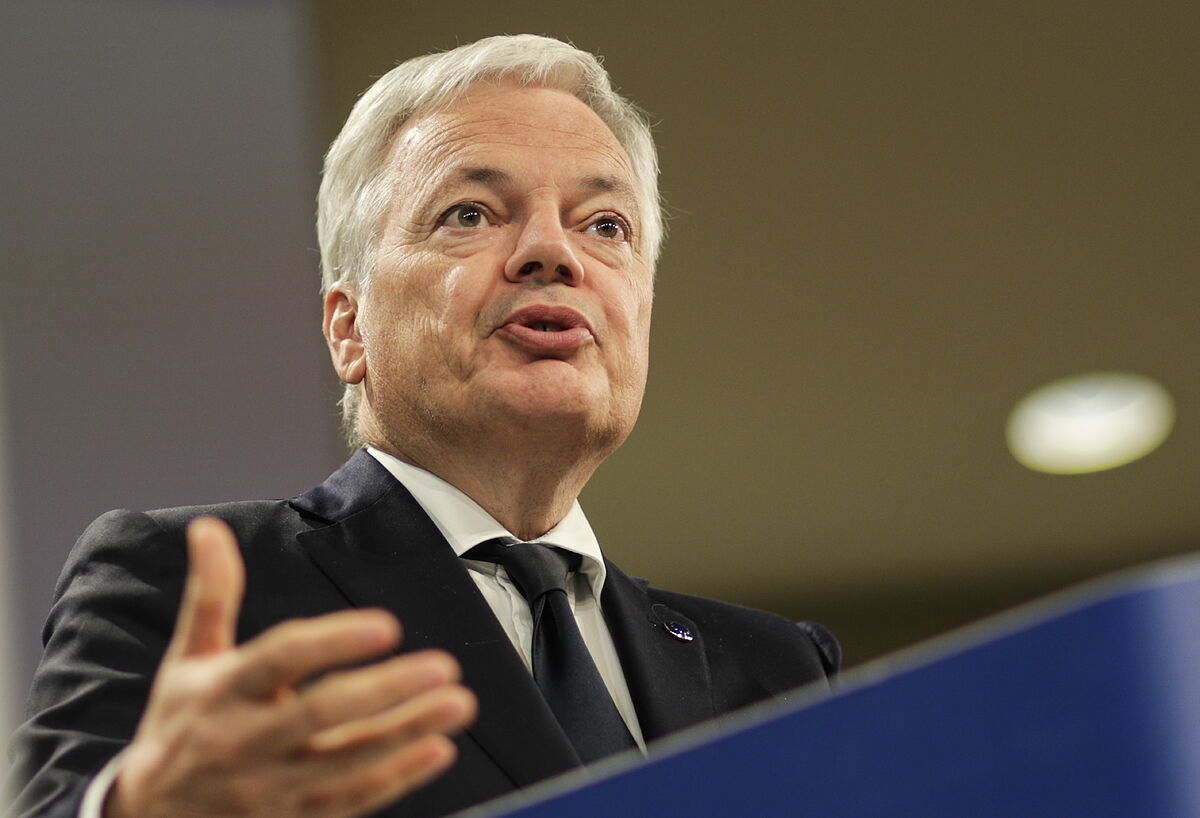 The Government's attempts to pave the way for the EU Commissioner for Justice,

, go against the demands that Europe's main institutions have made of Spain and that focus on a key condition: to guarantee the independence of the judges, it is they themselves, and not the political parties, who must elect the members of their governing body, the General Council of the Judiciary.

, had to go out yesterday to the step of the publications that ensured that the Government considers him biased for assuming the approaches of the PP.

This position is highly criticizable.

EL MUNDO defends the same since its foundation.

The reason is common sense: the appointment of magistrates by the Courts, depending on the political majorities of each moment, compromises the principle of judicial independence enshrined in article 2 of the EU Treaty.

Thus, Reynders defends a global pact between PSOE and PP: the renewal of the Council and, at the same time, the reform of the election system.

Yesterday the commissioner went further and assured that the "ideal" is that the new appointments are already carried out with the European model.

: that the PP agree to agree on the names - a renewal blocked for almost four years - but without modifying the formula even for the future.

To achieve this, the Executive is using tricks such as handcuffing the Council so that it can only renew the members of the Constitutional Court and take advantage of the illness of one of the magistrates.

In the background beats the true interest of the Government: the Constitutional Court.

His current majority in Congress allows him to opt the high court towards a progressive majority that may favor him in reviewing his most delicate decisions and, in addition, satisfy his pro-independence partners.

It would be reckless to forget here that the ERC has been promised the so-called "dejudicialization".

It is true that the

does not have a clean service record.

He governed two legislatures with an absolute majority and did not change the model.

And his last agreement with the PSOE, in the time of Pablo Casado, was blown up when the magistrate Manuel Marchena backed down after spreading some

that showed that the PP wanted to control the judges to influence the corruption processes that were stalking him.

However, it seems that

now the party is committed to guaranteeing judicial independence.

If at the meeting the Government achieves what it wants - for the Council to appoint the two Constitutional candidates that do correspond to it -,

will have no incentive to heed Commissioner Reynders' recommendations

Only spurious interests can explain the perpetuation of this crisis.

The solution is obvious and it's called Europe.