The guests of the “Mawazine” episode unanimously agree that the late scholar Dr. Yusef Al-Qaradawi is the pioneer of moderation and the voice that cracks up on the right to advocate for the Palestinian cause, and for his standing with the Arab Spring revolutions in the face of tyranny. 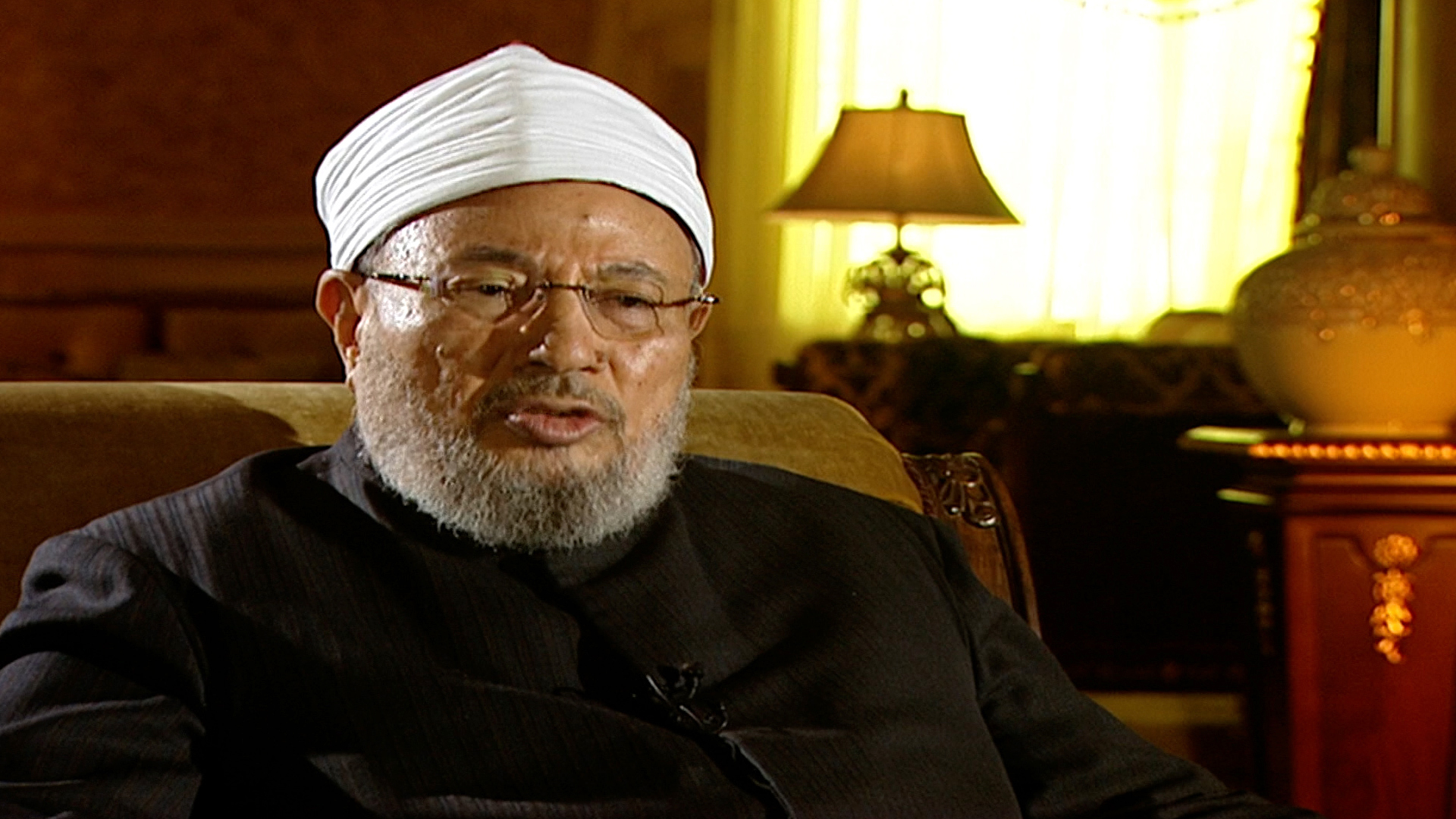 Essam Al-Bashir, Vice President of the International Union of Muslim Scholars, describes Sheikh Al-Qaradawi as a pioneer of moderation, an imam in ijtihad and principles, in jurisprudence, thought and advocacy, and in literature and poetry.

Through the approach taken by the late scholar, he was able to consolidate the concept of moderation and moderation and consolidate its features, origins and foundations, and Islam - Al-Bashir adds in his intervention in an episode (9/28/2022) of the "Mawazine" program - as a guiding approach to time, place and man, connected to reality, explained In the language of the age, open to diligence and innovation, not to stagnation and tradition, open to civilizations without dissolution, facilitator in fatwas and heralds in da’wah.

In an exclusive interview with him a few years ago and broadcast on the “Mawazine” episode, Sheikh Al-Qaradawi defines moderation as a method of reading Islam, its sources, heritage, civilization and history, and an approach based on balance and moderation, and a middle approach to the middle nation, and avoiding extremism and extremism.

As for Salem Al-Sheikhi, a member of the European Council and the former Libyan Minister of Awqaf, he focuses on Sheikh Al-Qaradawi’s position on the issue of Palestine, saying that the issue of resistance to the Israeli occupation was present in the late’s life, in his speeches, books and conferences, and his voice was right on this issue.

The scholar al-Qaradawi represented the jurisprudential reference for a movement to resist the occupation in Palestine in all its forms, as he spoke about it deeply, whether in his advanced books or in what he demonstrated in his book “The Jurisprudence of Jihad,” according to Sheikhi’s words.

Sheikh Al-Qaradawi stresses - in the exclusive interview that was recorded before his death - that resisting the occupation comes under the door of legitimate resistance, and scholars call it the jihad of payment, and it is an individual obligation.

Issam Talima, the former director of the office of Dr. Al-Qaradawi, talks about the fierce campaigns against the late scholar, because of his positions in support of the oppressed and opposition to tyranny, tyranny and injustice before, during and after the Arab Spring.

According to Talima, the late doctor was the religious voice that supported the Arab revolutions since their early beginnings, and stood against counter-revolutions, and for this reason he was sentenced to death in two countries on an unfair false accusation.

Because of his positions, the restrictions were imposed on him and his children and those around him.

In the exclusive interview, the late Sheikh dealt with part of his intellectual life, his jurisprudence, and the great mark he left.

In this interview, he asserts that he has benefited from Sheikh Muhammad Abdo and his student Rashid Rida, who says that he owes him more than he owes others.

The late scholar reveals - in the recorded interview - that by entering the Muslim Brotherhood, a qualitative shift occurred in his life, as he moved from individual religiosity to collective religiosity, which means that the nation has expanded, but he confirms that after his activity expanded, people began to view him as the world of the nation and not The scholar of the Brotherhood, and says that he would like to devote this meaning.

For his part, Al-Sheikhi explains that Sheikh Al-Qaradawi’s influence on Imam Hamid Al-Ghazali was evident through the basic book of Imam Al-Ghazali “The Revival of Religious Sciences”, as well as the reformist, renewal and revival spirit that the Imam wanted to spread in all Islamic sciences.

The former director of Dr. Al-Qaradawi's office asserts that the late scholar wrote several books, put forward important points of view, presented the major and important facts of Islam, and the jurisprudential renewal.

On the project of rationalizing the Islamic awakening, Talima says that Sheikh Al-Qaradawi - by virtue of that he was a new, diligent and imam - saw some manifestations that distanced the awakening from rationality.

It is noteworthy that Sheikh Al-Qaradawi, founder and former president of the International Union of Muslim Scholars, had died on the 26th of this month in Qatar at the age of 96.