Egypt: Imprisonment of 7 people, including his wife, on charges of "torturing and intimidating" a Helwan pharmacist

After the incident of the death of a young pharmacist after falling from the balcony of his house on the fifth floor, on Monday, the Public Prosecution Office in Egypt charged several charges, including torture and intimidation, against the first wife of the dead man and 6 others, and decided to imprison them pending the case, while police investigations revealed that the young man “thrown himself from the balcony.” .was 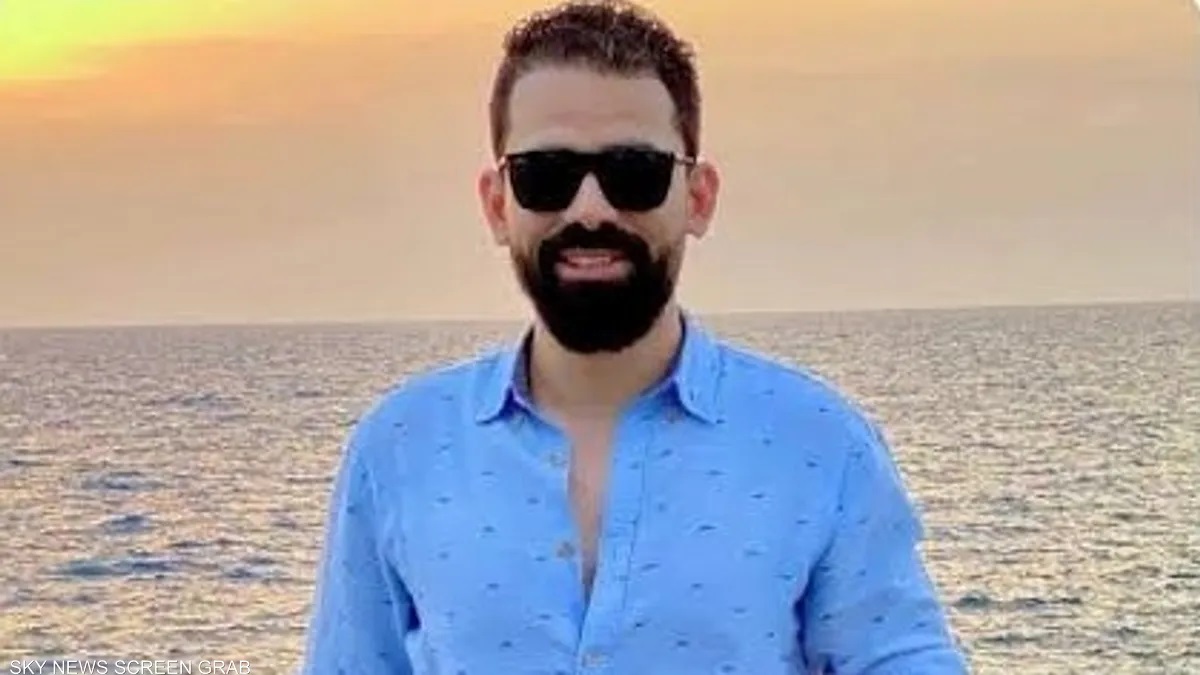 Egypt: Imprisonment of 7 people, including his wife, on charges of "torturing and intimidating" a Helwan pharmacist

After the incident of the death of a young pharmacist after falling from the balcony of his house on the fifth floor, on Monday, the Public Prosecution Office in Egypt charged several charges, including torture and intimidation, against the first wife of the dead man and 6 others, and decided to imprison them pending the case, while police investigations revealed that the young man “thrown himself from the balcony.” ".

A security source had revealed that the authorities had opened an investigation into the death of pharmacist Walaa Zayed, after he fell from the balcony of his house in Helwan, south of Cairo, while the security services kept his wife, father, brother and a number of their relatives after the young man's family accused them of killing him.

On Wednesday evening, the Egyptian Public Prosecutor ordered the detention of 7 defendants, who are the pharmacist's first wife, her father, her two brothers, and 3 of their friends.

The prosecution charged them with "showing force, threatening violence, and using them against the victim pharmacist with the intent of intimidating and intimidating him by inflicting harm on him and affecting his will, in order to impose control over him and force him to do something."

According to the accusations, "the threat the defendants did was to inflict terror on the victim, disturb his peace and tranquility, and endanger his life and safety, as well as illegally detaining the victim and physically torturing him, as a result of disputes between them and the victim that developed into their commission of these crimes." And it ended with him falling from the balcony of his residence and his death.”

The victim’s sister conveyed his distress to his mother, who asked the property guard in his place of residence to help him, so the latter took a neighbor and went up to investigate the matter. They knew that there were family disputes between the victim and the relatives of his first wife who were seeking to end it, and then they were surprised after their departure that the deceased fell from the balcony of his residence quickly, and the Public Prosecution was informed On the distress messages sent by the victim to his sister and second wife from their phones.

• The Public Prosecution asked the son of the deceased (5 years), and he decided that his father fell from the balcony of the house without witnessing the altercation with the accused, and none of them witnessed his push to drop him from the balcony, and the Public Prosecution decided to hand the child over to his grandmother to his father based on the recommendation of an expert from the National Council for Motherhood and Childhood.

On the other hand, police investigations about the incident revealed that the victim threw himself from the balcony of his residence “as a result of the psychological pressure and coercion he was subjected to from the defendants on the day of the incident, after an argument erupted between them due to the differences between the victim and his first wife, which developed into a tangle of hands and tight control of the body.” The deceased was forced to divorce his second wife by phone.

When the Public Prosecution office interrogated the accused, their accounts were met by their “surprise when they heard the sound of the deceased’s crashing after he fell from the balcony of the dwelling following an argument that took place between them, during which they asked the victim to divorce his second wife, and he complied with their request, while one of the accused was alone in seeing the victim’s injury before his death and his pain from A count was signed, while one of the accused was holding a stick at the time."

In order for the Public Prosecution to verify how the accused died and to clarify the truth of the suspicion raised about his murder, the Forensic Medicine Authority delegated an autopsy to his body to explain the cause of death and how it occurred. criminal" has occurred.

A security source had previously revealed to "Sky News Arabia", that "it became clear from the security interrogations that the pharmacist works in Saudi Arabia, and before he traveled to it, he had a dispute with his wife, and there he married a second woman."

He added, "When my first wife learned in Egypt, she left the marital home and went to her family's house. When the pharmacist was on vacation in Egypt, and when the father of his first wife and her brother learned, they went to him at his home in Helwan, along with some of their relatives, under the pretext of solving problems."

He continued: "During this, an argument erupted and the wife's family demanded that he divorce his second wife, and sign papers guaranteeing the rights of their daughter, and then the matter developed because he fell from the top and died."

According to the source, the pharmacist's wife's family confirms that he is the one who jumped, while the relatives of the victim accuse his wife's family of killing him.

"Therefore, the Public Prosecution took over the investigation into the case, and ordered an autopsy of the young man's body to indicate the cause of his death, and requested police investigations into the incident," according to the source.