Sandwich diet, so a sandwich helps you lose weight and stay in shape

Nothing more appetizing when you're on the go, the one that inevitably always comes after holidays and other important times on the calendar, than a sandwich. And nothing,... 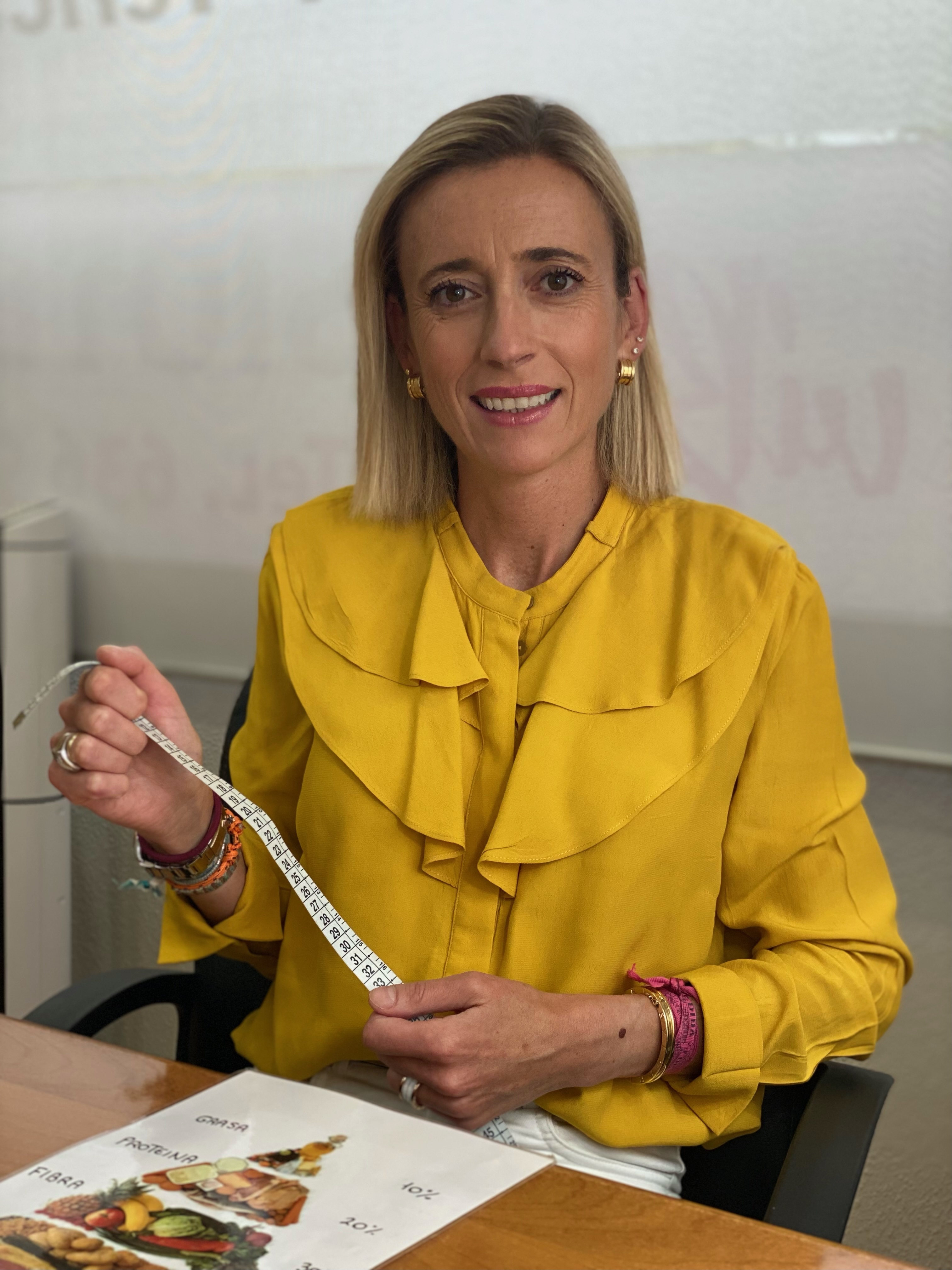 Nothing more appetizing when you're on the go, the one that inevitably always comes after the holidays and other important times on the calendar, than a

And nothing, in principle, more prohibited.

Or not, because with the

this delicacy - a whole delicatessen if it is not allowed - is a good ally of that healthy diet that makes us lose weight.

And not a little;

the nutritionist who devised this method more than two decades ago, nothing less than about a kilo per week, always depending on who follows the

Although the doctor does not like to talk about figures because she, she insists, like any good safe diet with guarantees, "the plan must be completely

and based on the needs of each patient."

and Food Science and

, Terica Uriol has spent a lifetime teaching how to eat to those who come to her consultations, currently three located in Madrid, where she has lived since she was 12 years old although she was born in Zaragoza.

She opened the first one, in Alcobendas, when she turned 24. Now, at 46 and also online, she cares for patients from all over Spain and abroad.

And among her stalwarts,

and many celebrities from different professional fields.

Terica Uriol in her consultation in Alcobendas.

Recognized for her popular

, which she herself has followed since she created it 22 years ago, Terica Uriol is also the author of the book

(Ediciones B), which she published together with the journalist Ana María Pascual in 2012 to question the famous French method Pierre Dukan and list its health risks.

"It is a high-protein, ketogenic diet and in extreme cases it can damage some organs of the body," she says.

Because her philosophy when it comes to achieving a

is very different: "It's about teaching how to eat so as not to gain weight again."

For the previous step,

, its perspective is also very appealing.

"We can only lose weight by eating everything, because a plan that eliminates foods from the

is unsustainable, it bores you and makes you quickly return to your previous habits, which inevitably produces a rebound effect," explains the expert.

On a diet eating bread

, something that most of the regimens to use systematically eliminate.

are at the base of the

, which is what I take as a reference when planning the diet. Rice, pasta, potatoes... and bread. You have to adapt the menus to the area where you live, and the Spanish eat a lot of bread, so in this healthy

we eat bread with foods that do not contain fat", explains Terica.

And that includes very healthy snacks.

Among others, his favourite, "

without bacon with tomato, I love it", she says.

with light cheese and even

, "very healthy as long as they are very well drained so they don't have oil," he says.

At first, to lose

, your diet follows the nutritional pyramid, which is based on carbohydrates, fruits and vegetables.

And it eliminates the foods that are in the upper peak:

. And here there is no difference between the saturated ones and the others, no matter how healthy they are, they all accumulate. Nobody disputes the benefits and properties of an avocado, but it is undeniable that it makes you fat", says the expert.

That is, fats out.

The first steps of this

radically exclude them, "because if you don't take them when the body needs them, it will resort to the reserves it has accumulated, it will burn the ones that are left over and you will

At a rate of one kilo per week.

A diet without rebound effect

the one with the sandwich "is a healthy diet for life, because it's about

At this point, the well-known artichoke diet

comes to the fore, as an example

: "Yes, you lose weight very, very quickly, but at the cost of burdening your body and damaging organs such as the liver and kidney. And looking to the

It's also very bad, because the rebound effect is tremendous".

Something that doesn't happen with your sandwich diet.

"If you eat carbohydrates on a diet, if you eat bread, there will never be

After the first few fat-free weeks, this plan reintroduces them, but teaches you to eat just the right amount.

"When the necessary kilos have been lost, the maintenance part arrives, very easy to follow because it is the same as the other, but including healthy fats in the appropriate proportion, only 10% of the daily nutritional percentage," she explains.

The diet that does not weigh food

In that goal of achieving "a

for the rest of your life" neither the scales nor the millimeter quantities come into play.

"I hate weighing food, and also that people are obsessed with

. You just have to take a decent plate, of normal

, that visually doesn't shock us because it's big or small. To make it easy, like the one they would serve us in a restaurant,"

In this fight against the

, he also prefers to talk about measures rather than

On average, his patients lose two to three sizes in less than three months.

doesn't weigh, that's why you have to pay more attention to volume. Three kilos are equivalent to one

And everything, he insists, without generalizing, because it depends, among other things, on personal factors such as height, sex or age, "for example, during

we burn half of it, so everything is more difficult."

"It is not necessary. To force is to hate, so I do not include it in the plan, although if you have some physical activity, the better, obviously. It would be enough to walk fast gossiping," assures Terica, "walking is the healthiest sport that exists ".

Foods allowed on the sandwich diet

In the initial phase, all healthy except those with fat.

doesn't include anything you don't want to take," Terica specifies.

Among the allowed foods: rice, pasta, legumes and, of course, bread.

"The equivalent of a third of a standard size

, so it's easy and we can follow the diet without weighing or counting what we eat."

-cooked without fat or in the form of soups and salads-

all kinds of fruit.

"Many diets restrict them due to their amount of fructose, but with this you can eat without limit. For example, to snack between meals. It is what I recommend, in addition to

, to snack and kill the worm," adds the nutritionist.

How to do the sandwich diet

, to eat the same thing and not feel like you're on a diet," recommends Terica, who prefers to include bread in the

menu , "although the best thing is that it be comfortable; if it is easier to resort to the sandwich at night, well, it's a problem".

Rice, pasta and legumes are taken as a single dish, and

as a starter and as a side dish for protein, meat, fish and eggs cooked without fat.

In addition to a full

- which includes coffee or tea with skimmed milk,

that repeat a pattern, although They vary the type of food so as not to bore you.

These are three standard menu options for three days, which serve as

for the rest of the