The National Academy of Motion Picture Arts and Sciences of Russia has decided not to nominate the film for an Oscar in 2023. After that, the head of the Russian Oscar Committee, Pavel Chukhrai, announced his resignation from his post in protest against this decision. And the chairman of the Union of Cinematographers of the Russian Federation, Nikita Mikhalkov, considers it pointless in the current situation to nominate Russian films for an American award and proposes to create a Eurasian Film Academy that will be able to present its own awards. 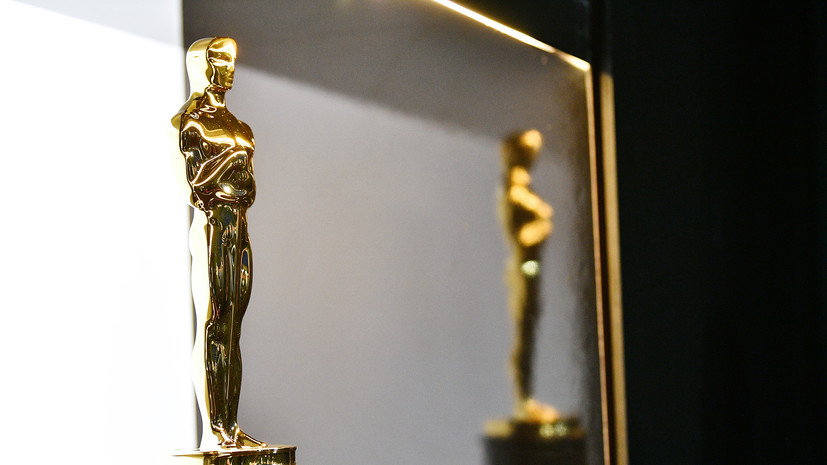 The Presidium of the National Academy of Motion Picture Arts and Sciences of Russia has announced that it will not nominate a film from the country for an Oscar in 2023.

At the same time, such decisions are usually made together with the Oscar commission, which in 2021 was headed by People's Artist of the Russian Federation Pavel Chukhrai.

The Presidium of the Academy did not explain its decision in any way, but it is possible that the tense political situation in the world became the reason for the refusal to nominate the film for the Oscar.

Pavel Chukhrai, chairman of the Oscars committee, decided to leave his post in protest over the Academy's statement.

The artist informed his colleagues about this in a letter.

Chukhrai said that the leadership of the Film Academy independently decided not to nominate the picture for an American film award, which, according to the artist, is an illegal decision that was made "through the head of the Oscar commission."

The director noted that the Film Academy not only did not consult with the members of the commission, but also did not consider it necessary to report this after the fact.

“The members of our independent organization were not only not consulted, they did not even consider it necessary to notify us of such a decision.

This is insulting and illegal, ”RIA Novosti quotes Chukhrai.

Following him, film director Nikolai Dostal decided to leave the ranks of the commission members.

He also disagrees with the Academy's decision not to nominate the film for an Oscar this year.

“Colleagues, I fully support the appeal to us by the chairman of the Oscar commission, Pavel Chukhrai, and I am resigning from this commission,” Nikolai Dostal is quoted by RIA Novosti as saying.

The Russian Oscar committee planned to select a film during the fall that would qualify for entry into the number of Oscar nominees in the International Feature Film category.

In total, in 2022, there were 122 films in the list of domestic films that could compete for the statuette.

Wings over Berlin” by Konstantin Buslov, “My dad is the leader” by Yegor Konchalovsky, “Non-Children's House” by Mikhail Raskhodnikov, “Kat” by Boris Akopov, “Off-season” by Alexander Hunt and others.

The opinions of filmmakers about Russia's participation in the 2023 Oscar race are divided.

According to TASS, director Andrei Konchalovsky and commission member Alexei Uchitel noted that Russia should select and offer a film for a film award, regardless of the political situation in the world.

At the same time, the chairman of the Union of Cinematographers of the Russian Federation and the president of the Moscow International Film Festival (MIFF) Nikita Mikhalkov considered it pointless to nominate a Russian film for an Oscar.

The director stated that he had withdrawn from the Oscar committee and that he was "absolutely unnecessary."

“It seems to me that choosing a film that will represent the Russian Federation in a country that, in fact, now denies the existence of Russia, is simply pointless,” the filmmaker said in an interview with TASS.

Mikhalkov stressed that now the American Film Academy will be able to please only such a film, which will present a negative attitude towards Russia.

“It will be watched by people who a priori consider us their enemies, which means that you need to do something so that they like that you think about your country the same way they do.

Then there is hope that maybe you will be appreciated, ”RIA Novosti reports the words of the director.

Earlier, Mikhalkov proposed the creation of the Eurasian Film Academy, which would be able to present its own awards.

It is assumed that they will become an analogue of the "Oscar".

At the moment the project is under development.

The 95th Academy Awards for Lifetime Achievement in Cinematography will take place on March 12, 2023.

Films that are in commercial distribution for at least seven consecutive days from January 1 to December 31, 2022 are nominated for the award.

Candidates for the Oscar in the International Feature Film nomination are nominated by the countries themselves, and then the nominated films are selected from the proposed films.

Several national committees have already nominated paintings for the award.

Thus, the film “Kalev” by director Ove Musting is nominated for the Oscar from Estonia, in Germany, Edward Berger’s film “All Quiet on the Western Front”, based on the novel of the same name by the German writer Erich Maria Remarque, was chosen to compete for the prestigious film award, and Ukraine will send for an Oscar film called Klondike.

In past years, Russian films have become laureates three times.