The dubious role of the 'Titanic' orchestra and other hoaxes to discover in Cobh, the last European port of the ocean liner

The mythical orchestra of the Titanic played until the end, yes. That, at least, tells the legend, but the last song performed by the eight members of the Wallace band... 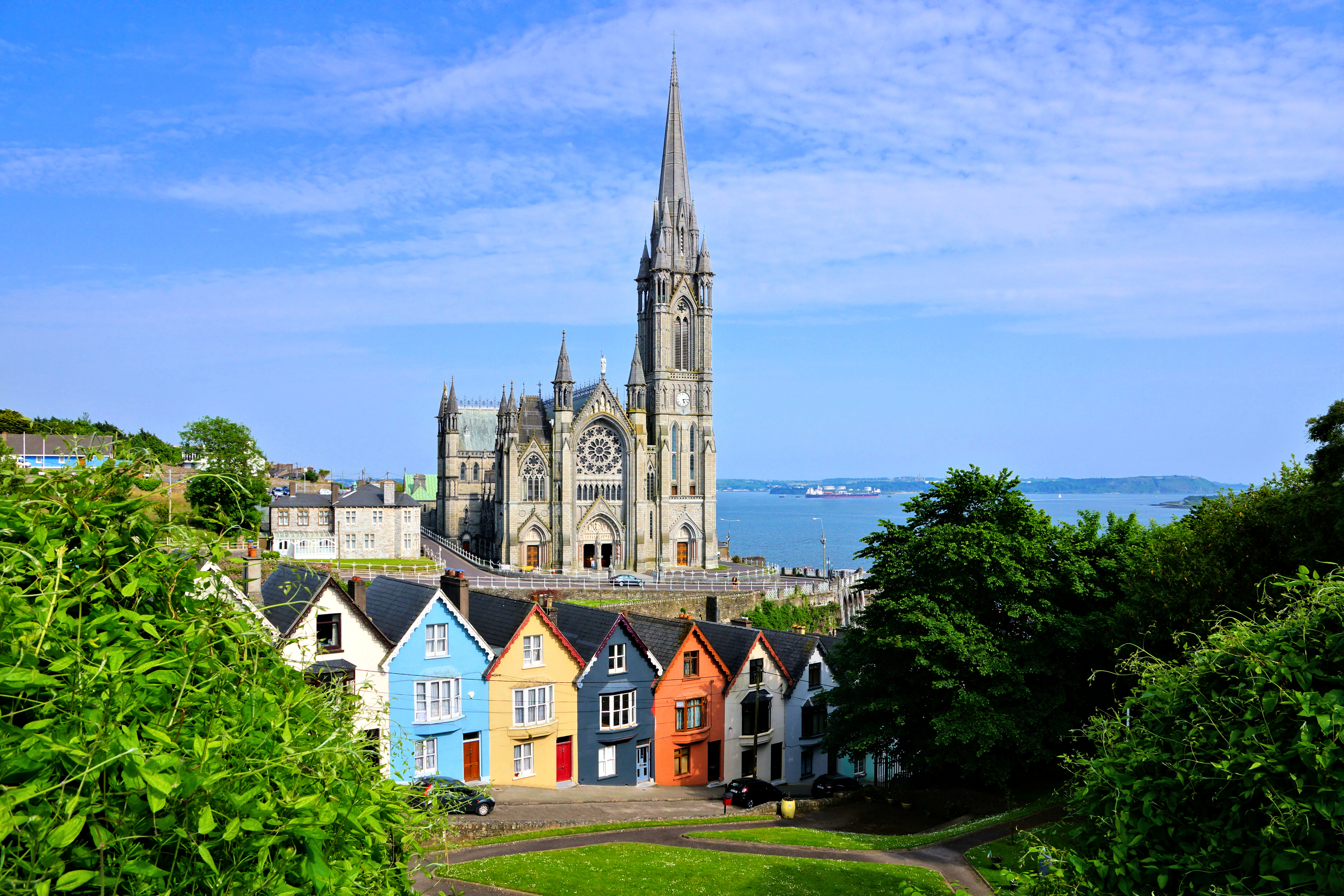 The mythical orchestra of the

played until the end, yes.

That, at least, the legend goes, but the last song performed by the eight-member

was not Nearer's Christian hymn

Several survivors of the famous tragedy told the media that, at no time, did they hear that letter.

What's more, it would have caused even more nervousness and unease in the ship's passengers at the proximity of certain death.

, a wealthy colonel, writer, historian and businessman of Scottish origin.

"If they had played that song, I would have listened to it without a doubt, which would have caused a panic attack among all of us," he told the press once on Earth.

of the tragedy caused his death just eight months later.

Of course, he had time to write a book,

The truth about the Titanic,

about his experience, which still sells

thousands of copies every day.

And that of the dubious role of the orchestra is one of the anecdotes detailed in it.

View of the town with the cathedral of San Colmán.SHUTTERSTOCK

Not surprisingly, it is just one of the hoaxes that circulate about the most famous sinking in history, which occurred on the night of April 14 to 15, 1912 when the White Star Line

collided with an iceberg.

Many of them are rescued in the last European port from which they left for the United States, that of Cobh, a picturesque (and beautiful) town in the south of Ireland (and

20 minutes by train from Cork

) which at the time of the event was called Queenstown.

Hence, many do not currently identify it with the

despite the fact that it is increasingly chosen by more shipping companies to call at it during its itineraries.

This is the case of the new

), which has included this port in its

between Reykjavík and Amsterdam.

Memorial in honor of the victims

It is enough to set foot in Cobh, topped off with colorful fairy-tale houses that seem to plunge into the sea, to soak up all the transatlantic epics.

And of his hoaxes, as we said.

They can be discovered through a succession of

scattered around the town and written in Gaelic and English.

Most of them are concentrated on the outskirts, where a

with the name of the deceased who left here is located.

79 disappeared and 44 were saved

The ship sailed at 1:30 p.m. from here and his last photographs before the event also have Cobh as the setting, since they were taken by the priest Francis Brown before leaving.

Memorial to the victims of the 'Titanic' tragedy.

In the town, always dominated by the enormous silhouette of its cathedral, raised on a hillside, tribute is paid to characters such as the ship's captain,

, an English sailor who undertook and completed his only voyage with the

One of the survivors said that he had never seen a man act so heroically in his life.

"He stood on the bridge and

shouted with a megaphone to help everyone

", reflected the press of the time.

It appears in one of the

as well as other stories that have been told over the years.

For example, third-class travelers were not padlocked in the ocean liner's

so they could not escape.

That does not mean that more than a third of this type of passenger perished.

available, the minimum number allowed to navigate at the time.

the director of the shipping company, opted for that number instead of the recommended 48, during the construction of the ship in Belfast.

A model of the ocean liner in the center of Titanic Experiences.

Nor does the figure of

respond to the truth .

The man on whom the character is inspired was actually married and was traveling on the boat with his wife and his children, but at the first chance he got on a boat and

left his family behind.

Reason enough for his wife to want to divorce him as soon as he set foot on solid ground in America.

The myth of the Egyptian mummy

In Cobh one also learns that a few years before the tragedy, in 1898, the American writer

wrote a novel featuring a ship called the

, which crashes into an iceberg on the starboard side in April. .

On the other hand, there is talk of a curious passenger:

an Egyptian mummy traveling as contraband

There is more, since newspapers as prestigious as the

sold, days after the tragedy, tickets for the ship's return to Europe scheduled for April 20.

View from the sea of ​​the Irish town.

an interactive museum set up in the old offices of the White Star Line company about its history.

Nearby is the original small wooden pier from which the ill-fated boat left.

Ships such as the 'Norwegian Prima' call at Cobh.

On the promenade there is also the statue of Annie Moore and her two younger brothers, protagonists of another

, since the young woman from Cobh was the first person to arrive in 1891 at the new Ellis Island reception center, in

, which had just been officially opened.

Not only boats live this peaceful Irish corner.

You also have to walk among its colorful houses, its elevated streets with views of the bay (

) and its pubs with live music where you can taste, of course, the local beer, the famous Guinness.