It provoked anger and embarrassed his country.. What did an Arab diplomat do at the United Nations?

The General Assembly of the United Nations is held once a year, in which the leaders of countries give speeches “not like words”, which can be considered as an annual summary of countries’ positions on what is happening in this world. 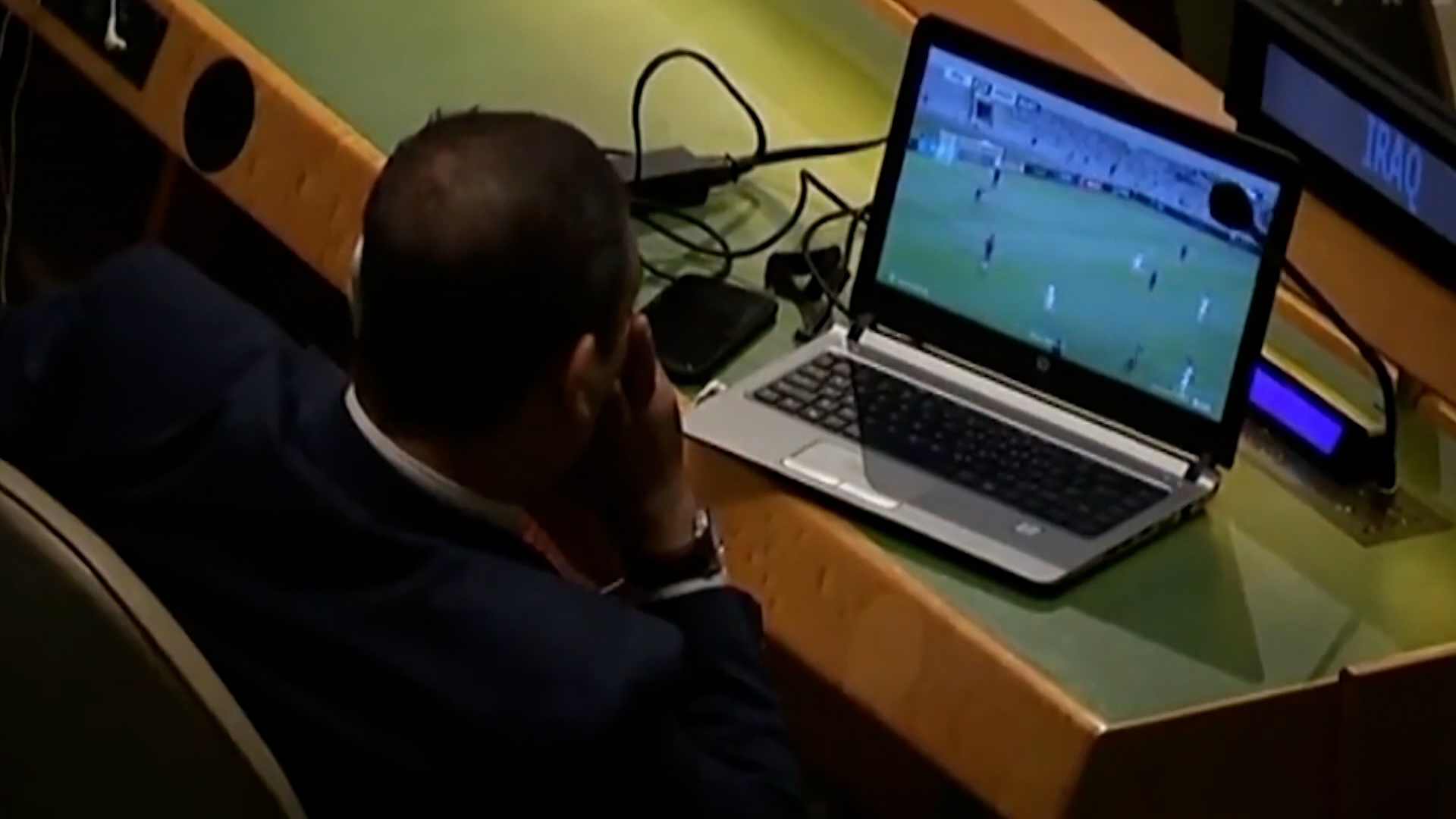 Shabakat program (9/26/2022) followed the events of the United Nations General Assembly, where the votes of countries are equal in the voting process, but the decisions issued by the Assembly are not binding, so the Arab observer may not be interested in New Zealand's positions on climate change or the Ukraine war.

When New Zealand Prime Minister Jacinda Ardern gave her speech, by chance, the camera caught one of the diplomats present, but he was not listening to the New Zealand official's speech, but was busy watching a football match on his laptop.

And the Iraqis knew that the picture of an Iraqi diplomat was from the word “Irraaaak” that was visible on the computer screen in front of him, “so he is an Iraqi diplomat who represents his country in these meetings, and he was attending a match between his country’s team and the Oman team, which ended with the latter’s victory in kicks of swing.” So how did the Iraqis tweet? And the pioneers of Arab networks with the clip?

Concerning this snapshot, activist Shaho al-Qaradaghi said, "These are natural results in the quota system when people are chosen according to favoritism, wasta, and acclamation at the expense of competence and a person's ability."

And the tweeter, Mustafa Muhammad, wrote, "He knows his presence or not, it means nothing, and he knows that the United Nations only condemns and expresses its concern, with some hypocrisy, lies and deception. He said, "Let me use the time with something better."

As for activist Jamal Saati, he commented, "I mean, without social networks, no one would have dared to document these documents with evidence and the best proof that they are incompetent people, especially for these sensitive administrative positions."

And the singer Noureddin Al-Zadjali said, "Because he knows with certainty that this association contains the resonant discourses, but without action."

Louay Al-Hafiz wrote, "Also, it is not possible for the session to be at the time of the matches. The sessions must take place after or before the match."