The hidden message behind the powerful handshakes of Queen Letizia

After that "give me your hand like a man" that Doña Letizia released to the Spanish ambassador to the United States, Santiago Cabanas a few days ago in New York reflects there... 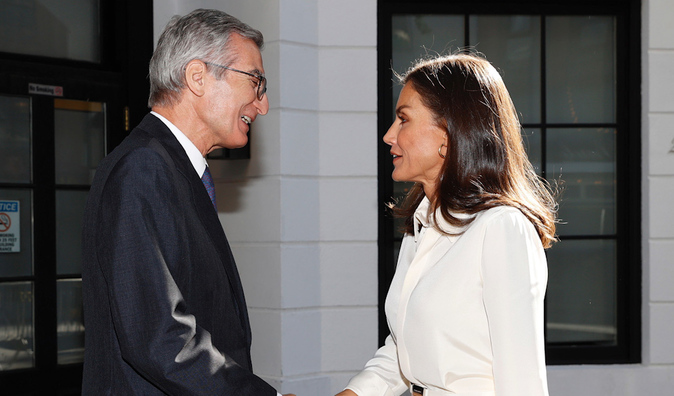 that Doña Letizia released to the Spanish ambassador in the United States, Santiago Cabanas a few days ago in New York reflects there is much more than a simple anecdote, the result, they say, of the sense of humor of the monarch.

He says that, at the concert attended by the King and Queen on the occasion of the Queen's 50th birthday, Letizia, instead of the formal hand-kissing,

greeted with such a strong handshake

that, according to some guest jokes at that evening, "

and your elbow dislocated.

handshakes must be of adequate strength

They should not be

(they denote, they say, shyness);

either (so as not to convey superiority, nor go through life caused by 'tennis elbows').

Of course, these rules of good conduct do not establish a different degree of intensity depending on the gender.

What, then, did the Queen mean by her "give me your hand like a man"?

Isabel Serrano-Rosa, director and psychologist of EnPositivoSí, helps us to see everything that is behind an 'apparent joke'.

"There is no doubt that

all greeting rituals have a clear cultural

and, therefore, social connotation. Shaking hands is interpreted as

a greeting between equals

. What's more, the stronger we give it, the more we make that equality notice and that we are present Opposite to the submission (or loyalty) that transmits a greeting like the genuflection in the kissing of hands, the handshake supposes a

with which we send a very clear message: "I communicate with you as an equal". So, surely, with that 'give me your hand like a man', the Queen meant "

let's treat each other as equal human beings

Converted into the greeting par excellence in the post-covid era,

the handshake seemed to have finally replaced kisses

in those meetings or encounters in which, it must be said, there is neither the level of trust nor of affection (nor the desire) to get so close and in such an intimate gesture.

"Being so involved in our culture, it is already confused

when kisses are given out of real affection or out of pure convention.

What is clear is that, with the pandemic, our own space (1.5 square meters) acquired vital importance since it became the safeguard of our health.Now, on the other hand, we find ourselves in a period of self-regulation in which each one of us will find out how he feels most comfortable and in which, of course,

"Give me your hand like a man," the Queen told the ambassador.

Still, the phrase was not the most successful but, without a doubt, the message, yes.

let's shake hands as equals: with determination, strength and looking into the eyes

And let's leave the kisses for where they have to be given.