Researchers from the University of Oviedo, in Asturias, have identified two essential genes for the entry of the SARS-CoV-2 virus into human lung cells, a finding... 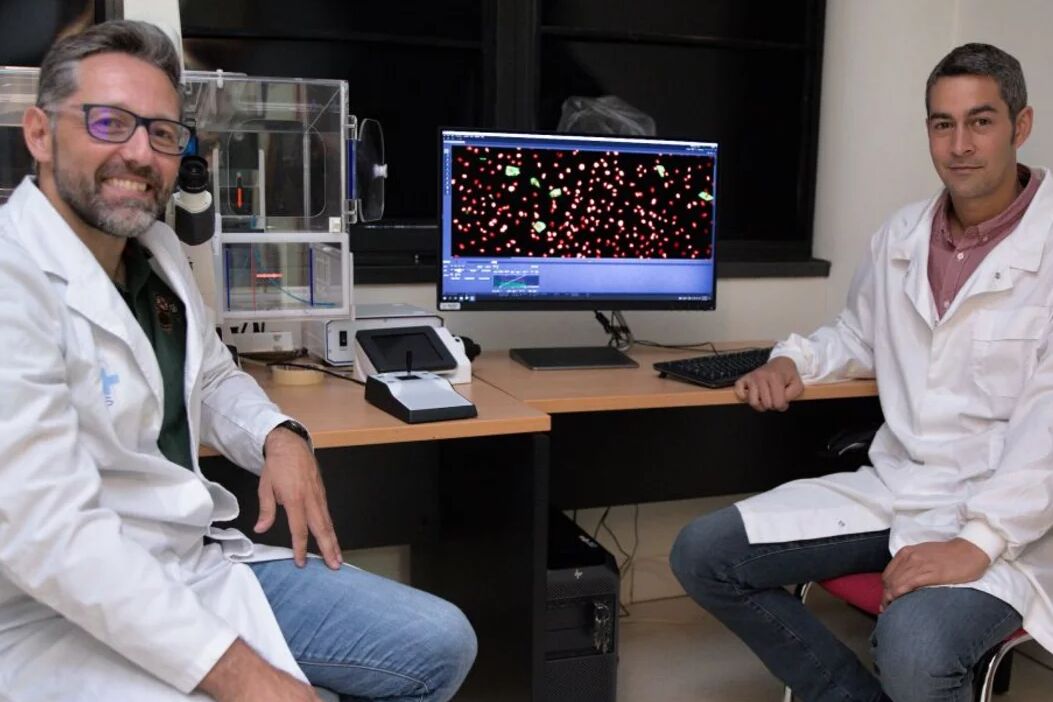 Researchers from the University of Oviedo, in Asturias, have

to enter human lung cells, a key finding that makes them potential targets to avoid the infection process.

These are the genes encoding proteins

until now had gone unnoticed in other studies

on genes involved in the infection of human respiratory and intestinal cells related to the SARS-CoV-2 virus, which causes covid-19. 19.

The study, directed by Carlos López-Otín

, Professor of Biochemistry and Molecular Biology at the University of Oviedo,

and whose main authors are

, has just been published in the EMBO Journal.

To carry out the work, the researchers have carried out a complex

genome editing technology until the genes necessary for infection by the SARS-CoV-2 coronavirus have been identified.

Simplified artificial version of the virus

To do this, first of all, the researchers built an artificial version of the SARS-CoV-2 virus through genetic engineering that

and, therefore, is unable to spread in the environment.

They then specifically and individually deleted each of the more than

protein-coding genes in human lung cells and interrogated, gene by gene, the cell's susceptibility to infection with the artificial pseudovirus.

This work led to the identification, among others, of the human genes PLAC8 and SPNS1, encoding proteins involved in biological processes such as

, which may contribute to viral infections.

In addition to the use of CRISPR/Cas9 technology, which is already a standard in laboratories, the

and the use of this

simplified version of the virus

These processes have allowed them to study the virus with great resolution, focusing precisely on the

first phases of the virus infection

, specifically, at the entrance, before replication occurs inside the cell, explains Alejandro Piñeiro. .

SARS-CoV-2 is a very simple organism, whose viral particle consists of a membrane and 4 proteins, one of which, the 'spike', acts as a kind of key capable of identifying and opening the

lock , which ultimately constitutes the

entry of the virus

into the human body.

"A virus does not have a metabolism capable of producing proteins, but instead requires interaction with human proteins, what it does is

," says Piñeiro, who stresses that it was therefore important to identify the genes necessary to allow this entry of the virus into the human body, that is, to allow the virus to

To corroborate their findings, the researchers contacted the Animal Health Research Center (CISA-INIA), to carry out experiments with natural and fully infectious SARS-CoV-2 viruses.

facilities essential for this type of work.

There the researchers, with the help of the Emerging and Transborder Diseases group, led by

, confirmed the previous findings using a

strain of the original virus

(CISA/H-Ap20-1) isolated by the group itself during the first pandemic wave.

The result has been the identification of

for the infection process that until now had gone unnoticed in other studies.

The PLAC8 and SNPS1 genes code for proteins involved in biological processes such as endocytosis, that is, the

mechanism for the entry

of particles into cells, and autophagy.

In this way, this work reinforces the important role of

that had already been noted in other works , and which pointed to the fact that it is in them that the

activation and release of genetic material

Although some viruses, once endocytosed, are quickly released into the cytoplasm, "SARS viruses in general need activation, which is carried out by enzymes,

proteases, which are the ones that cut the 'spike'

. And everything points to that in these viruses this activation occurs in the lysosomes," explains Piñeiro.

emphasizes that "these findings allow a better understanding of

mechanism and, therefore, the identification of new therapeutic targets for the treatment of covid-19 and other diseases caused by coronaviruses that may appear in the future" .

to contain the spread of the disease, once the potentially therapeutic targets are established.

"THE TRUTH OF HUMAN VULNERABILITY"

The one led by Carlos López-Otín, director of the study, is not a virology laboratory but, in recent years, it has developed very advanced experimental methods for the

genomic and functional analysis of cancer

, and what it has done from pandemic is to put this knowledge at the service of the study of the SARS-CoV-2 coronavirus.

"I am very proud of all the members of my group who, out of pure social commitment, left their private projects in parentheses to dedicate their

effort and talent to the study of a virus

that has shown us with absolute clarity the great truth of vulnerability. human," López-Otín indicated.