"The Eight"... A suspense that violates the molds of Arab drama

Over the course of 11 episodes, and within an interesting atmosphere of movement, accelerated events and surprises, the Arab public followed with interest, finally, the exciting details of the “Eight” series, which imposed itself as a strong competitor between the works of the “Shahid” platform, because of its new style of presentation of events, and coordinated Dramatic build 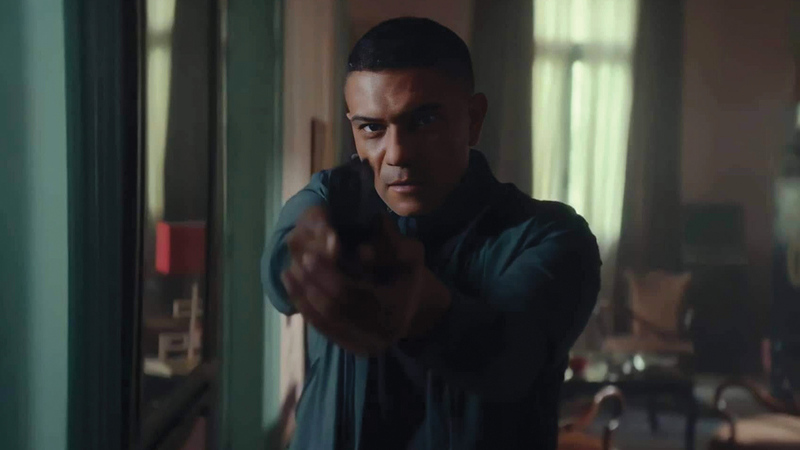 The duo, Aser Yassin and Khaled Al-Sawy, are creative in the series

"The Eight"... A suspense that violates the molds of Arab drama

Over the course of 11 episodes, and within an interesting atmosphere of movement, accelerated events and surprises, the Arab public followed with interest, finally, the exciting details of the “Eight” series, which imposed itself as a strong competitor between the works of the “Shahid” platform, because of its new style of presentation of events, and coordinated A balanced dramatic construction, supported by a smart directorial vision that is different from Arab templates, leading to a constellation of diverse Arab and foreign artistic participations that the experience of this work attracted.

Since the first scenes, the writer of the work, the head of the General Authority for Entertainment in Saudi Arabia, Counselor Turki Al-Sheikh, who is going through his first experiences in the field of dramatic writing, was keen to include as many elements of innovation as possible in the formulation of a dramatic work that seemed different in one way or another from other competing Arab works. On digital platforms at least, whether in terms of the basic idea that, although it was addressed in many foreign dramas or cinemas today or in the past, was presented in the style of an exciting Arab action series that is not without elements of real suspense.At a time when the idea of ​​the work revolves around the intention of an international criminal organization to liquidate the fiancée of a security man, in retaliation for her implicated father, who dared to violate the organization's internal laws and strict rules, which hide behind a secret and intertwined network of mysterious relationships and conflicting interests between prominent community figures that appear with the passage of time. The events involved her in suspicious operations and international criminal deals, which raises the ceiling of curiosity, and forms the essence of the suspense at work.

At the same time, the Egyptian director Ahmed Medhat, after about seven months of diligent preparations, and 15 weeks of long filming operations between several Arab and foreign countries, most notably Egypt, Morocco, France, Bulgaria and Greece, with the participation of a huge technical staff that included about 22 nationalities varied between technical and foreign technical expertise. , from the dedication of a completely new directorial vision, and most importantly, fervent and refreshed, with which the new series required about 11 months of montage operations that relied on many visual and audio effects, and techniques that are used for the first time in Arab drama, this, at a time when the director relied on his experience The previous professional in presenting a constellation of successful cinematic works and television series, which he culminated in this work by mastering the selection of participating Arab actors from multiple nationalities, to suit them with the nature of each role and its dramatic requirements.

In terms of the plot, according to the writer of the work, in presenting an interesting television script, which was based on the idea of ​​revenge and the desire for revenge, both for the security man who killed his fiancée, or for the father of the international criminal who knows the secrets of the secret organization that was involved in its suspicious operations, and decided later Getting rid of them to begin a long journey of human qualifiers and frantic pursuits of the eight members of the organization and the stories and mysteries around them that gradually unfold throughout the episodes of the first season, which concludes in an unexpected way that opens the horizon for new approaches to the rest of the events in a later season.

In terms of performance, the duo Asser Yassin and Khaled Al-Sawy succeeded, during this work, in presenting their best known dramatic capabilities in the rest of the dramas in which they participated, as Aser Yassin was unique this time by presenting the character of Lieutenant-Colonel Adham Al-Baroudi, who is saddened by the death of his fiancée. Mysterious, what drives him to take revenge and resort to options that are often beyond his control, to avenge his fiancée and then his sister, the first of which is his cooperation with her father, businessman Nasser Al-Minshawi, who leads his character at work, Khaled Al-Sawy, to excel in embodying the criminal’s psychological struggles and his previous inhumane practices And later his psychological struggles by losing his loneliness.

It is credited by director Ahmed Medhat in the work, choosing an elite group of Egyptian and Arab drama stars, headed by Khaled Al-Sawy and Aser Yassin in the absolute championship, and then, Mohamed Alaa, Ghada Adel, Mahmoud Al-Bazzawi, Reem Mustafa, Hanan Suleiman, along with the Syrian actor Jihad Saad, Who introduced the character of Louis Kamel, the arms dealer and friend of Nasser Al-Minshawi, the Jordanian Munther Rayhana, the Moroccan Mohamed Moftah, the Saudi Khaled Saqr, while the Egyptian singer Lara Iskandar had her first acting experience, by performing the character of the fiancée of Lt. Colonel Adham Al-Baroudi.