The five best destinations in the world for diving lovers

It is one of the most popular water sports in the world, but diving lovers are not satisfied with just any place. That's why we look for the best places to practice it... 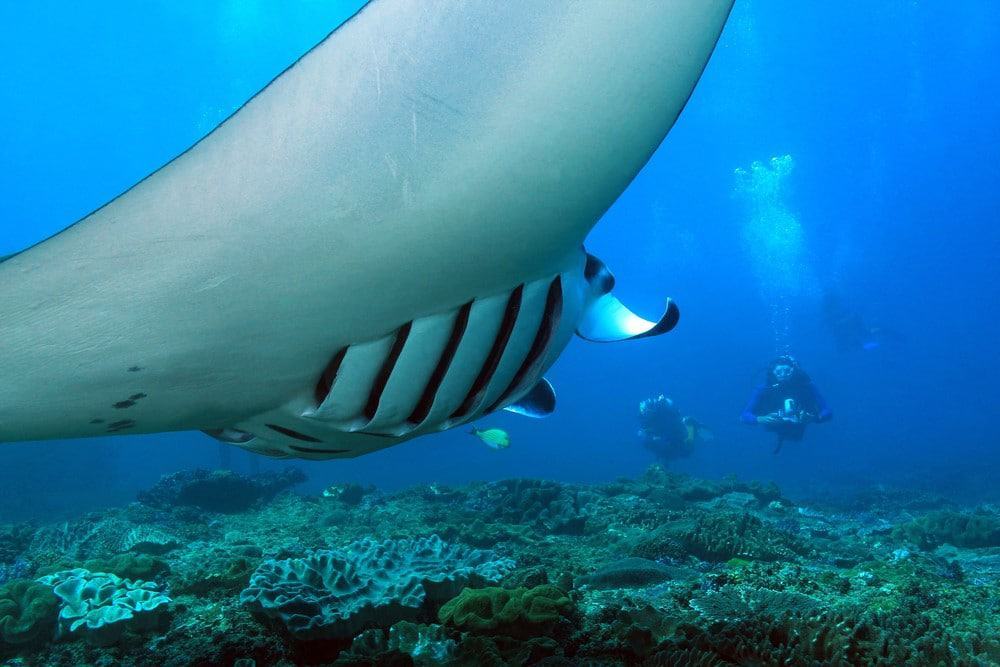 It is one of the most popular water sports in the world, but

are not satisfied with just any place.

For this reason, we look for the best places to practice it according to the study carried out by the

Indonesia's Cape Kri recognized as the

and pristine dive site in the world.

In addition to the typical Raja Ampat reef, large schools of all kinds of fish and diverse marine life can be found.

In fact, it met a record of 374 different species found in the surrounding area.

Traveling to the Maldives has been growing in popularity as a diving destination for decades.

And Maaya Thila is an example of why.

and caves that surround the Thila, all kinds of marine creatures can be found: whitetip sharks,

, tuna, blue-faced angelfish, parrotfish. ... At night is when the reef shows its true colors.

With the help of a diving light, you can also watch sharks that come out to hunt at night, as well as eels that go in and out of

The Maldives are an ideal place to dive all year round, but the best conditions are from January to April.

So the lime is hot and dry, and divers can experience the best visibility at this time of year.

for many reasons, and the Santa Rosa wall is one of the best known.

There are many species of coral to see, as well as brightly colored sponges,

... The average water temperature varies, but remains quite warm throughout the year.

However, hurricane season runs from June to November, so to avoid storms it is best to go from November to May.

The Great Barrier Reef is the largest coral reef on Earth, with 2,600 km2.

You can see more than

and 2,000 species of tropical fish of all colors and sizes.

But, of course, it is above all the coral that makes the place so special.

At many points along the coast you can already see just

below the surface of the water

The best place to dive is Lady Elliot, a stunning tropical island.

This Caribbean dive site is a

that the Earth has gifted to lovers of underwater exploration.

It is also part of the

After a boat trip of about two hours from Belize, you reach an atoll formed by a deep blue hole 300 meters in diameter.

This large opening was once the roof of a limestone cave and is now the starting point for one of the most beautiful dives.

The deepest is about 40 meters.

Once underwater, sharks and all kinds of fish are seen, as well as corals.