Ukraine's Zaporozhye is the largest nuclear power plant in Europe 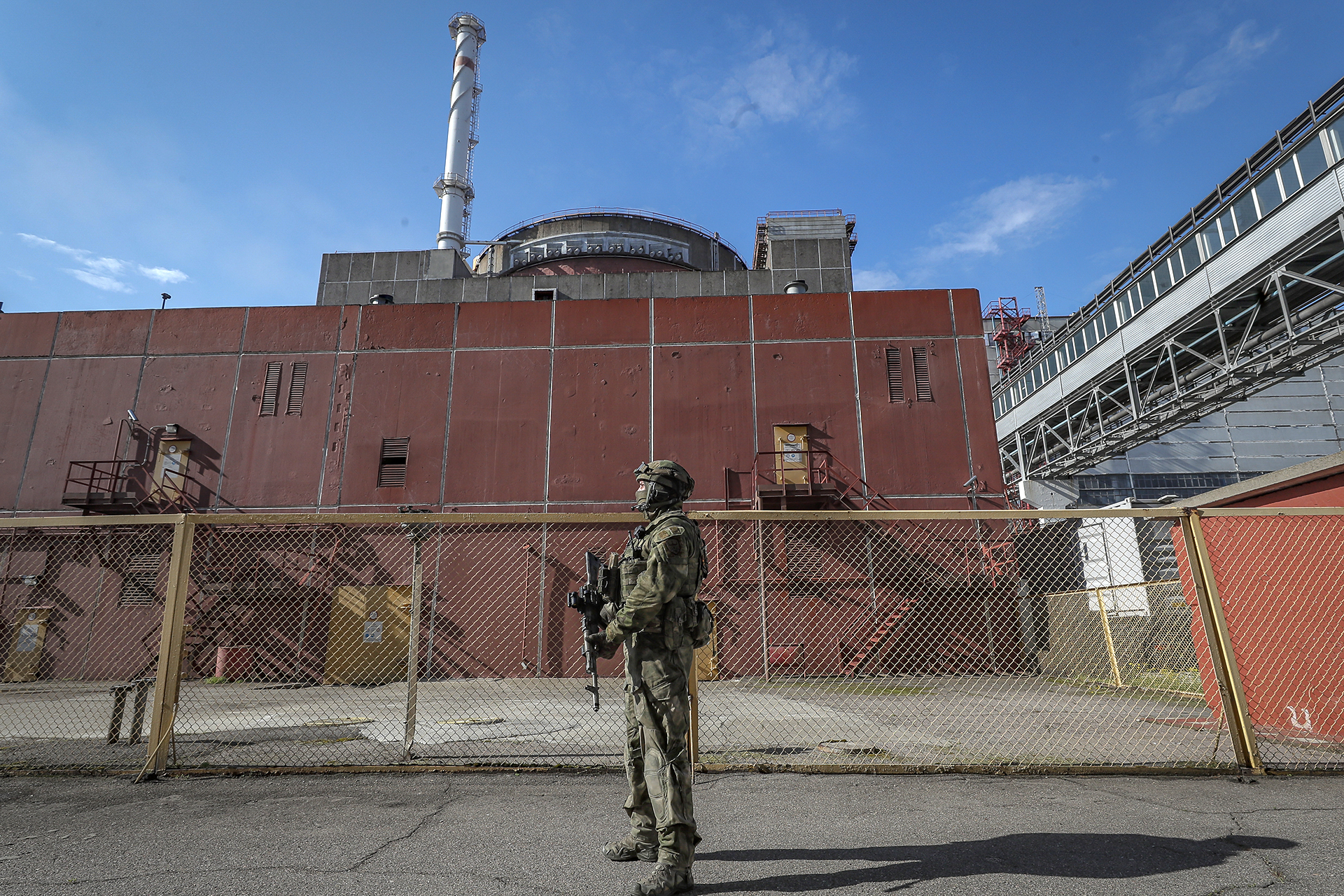 Recently, there were renewed accusations between Moscow and Kiev of targeting the Zaporozhye nuclear plant, as the Russian Defense Ministry said that Ukrainian artillery bombed the station twice within 24 hours, and that the shells landed in dangerous areas near the fuel storage depot and the reactor cooling plant.

Meanwhile, the mayor of the Ukrainian city of Enerhodar, Dmitro Orlov, broadcast pictures that he said were of a Russian bombing targeting the city where the nuclear reactor is located, which led to a fire in residential buildings in the city.

The Zaporozhye Nuclear Power Plant is located in the city of Enerhodar in southern Ukraine, about 200 km from the Donbass region.

Inerhodar, the small town that houses the plant, has a population of about 53,000, and was built in Soviet times to house nuclear power workers.

The plant's six reactors are located on an outcrop adjacent to the Dnieper River, with only one way in or out.

In 1977 the Council of Ministers of the USSR took the decision to build the Zaporozhye plant according to the standard design for the construction of a pressurized water reactor (PWR) nuclear power plant (PWR) type VVER-1000, to begin construction already on November 27 The second 1977.

And in 1978 the Ministry of Energy and Electricity of the Ukrainian SSR issued Order No. 14 on the creation of a directorate and organization of the activities of the initial stage of the Zaporozhye plant.

At the beginning of 1980, approval was issued for the engineering design of the first phase of the plant, which contains 4 power units (VVER-1000) with a total capacity of 4 thousand megawatts.

In April 1980, the Russian company Energoatom began building the first unit reactor, which was completed and delivered on December 25, 1985.

With a scheduled time plan over about 16 years, 6 nuclear power reactors were built at the plant, and the last reactor was delivered on September 17, 1996.

And between 1994 and 1997, two million dollars were allocated for the maintenance of the station.

Only 8 reactors are currently connected to the network.

After the start of the Russian war on Ukraine on February 24, 2022, Energotom shut down reactors 5 and 6 to reduce risks, and kept the other four reactors running.

On the morning of March 4, 2022, Russian forces took control of the Zaporozhye station after heavy bombardment.

On March 12, 2022, the "Ukrayinska Pravda" company reported that the Russian authorities had informed the plant management that the plant was now owned by the Russian state nuclear energy company "Rosatom", and that it was continuing to work and providing the International Atomic Energy Agency with data, including through the remote monitoring system.

On July 5, 2022, the Wall Street Journal reported that Russian forces had set up a military base at the station by deploying a heavy ballistic missile launcher, the BM-30 Smerch.

The six pressurized light water reactors (VVER-1000), each running on fuel, generate 950 megawatts of electricity, with a total power output of 5,700 megawatts, making them the most powerful in Europe.

The thermal power of the plant - about 20 thousand megawatts - requires huge amounts of cooling water from the Dnieper River, which was expanded specifically for this purpose.

The plant operated by Energotom produces from 37 to 38 billion kilowatt-hours annually, which is equivalent to a fifth of electricity production in Ukraine, and employs about 11,000 employees.

Since the closure of the last reactor of the Chernobyl nuclear power plant in 2000, the activity of this plant has continued at a very high level to meet the country's electricity needs.