A state of emergency was declared on Friday August 26 in Pakistan as the rain continues to fall. At least 1,000 people were killed, and more than 33 million people, or one in seven, were… 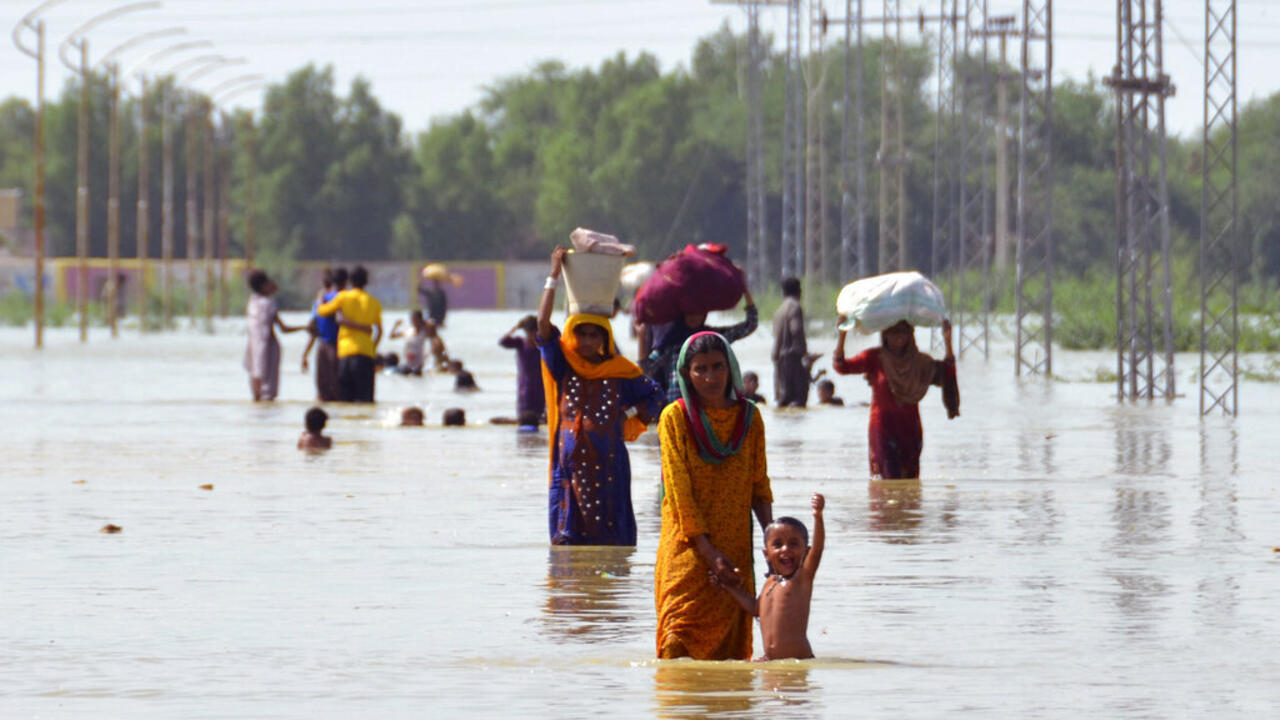 Torrential rains and floods, a deadly summer in Pakistan

A state of emergency was declared on Friday August 26 in Pakistan as the rain continues to fall.

At least 1,000 people have been killed, and more than 33 million inhabitants, or one in seven, have been affected by these floods caused by the torrential monsoon rains that have been beating down on the country since mid-June.

From our regional correspondent,

In a video taken by a witness, in the Swat Valley in northwestern Pakistan, a hotel is swept away in seconds by raging waters before the eyes of terrified residents.

We hear witnesses to the scene who are shocked, flabbergasted, imploring God's forgiveness.

This video has gone viral on the networks.

The torrential rains that have been falling since mid-June have transformed the rivers into torrents that tear up everything in their path.

In Sukkur in Sindh, in the south of the country, dozens of villages were submerged.

lot of people don't want to leave their homes

," says Nadeem, a fisherman who spends his days on his boat navigating through flooded homes.

I bring them food and I transport those who want it from one point to another,

I also take sick people to the hospital.

The last time we saw such floods was in 2010, but they were brought under control within a week.

This time it's out of control.

The rain does not stop.

Another man appears with his son at the door of his house, his feet in the water.

What will we do if we leave our house?

Go live in the camps?

There is nothing planned there.

The government does not have the means to help us.

A boat occupied by a dozen women and children sails a few meters away.

The man who rows challenges us: “

We have just rescued these women and their children.

The government does nothing.

“Thousands of kilometers of roads have been cut off by the waters.

The army intervenes, in places, by helicopter.

At Dera Ghazi Khan Civil Hospital in South Punjab, the number of patients has increased by 70% since the floods began.

Cases of gastroenteritis have exploded.

We have many patients who come from areas affected by the floods.

We are concerned about the risks of malaria, cholera and other dangerous diseases.

It continues to rain in Pakistan.

The government is overwhelmed and has called for international help.