Mireia Oriol: "It is very difficult to be happy, we live focused on things that do not fulfill us to fit in with others" 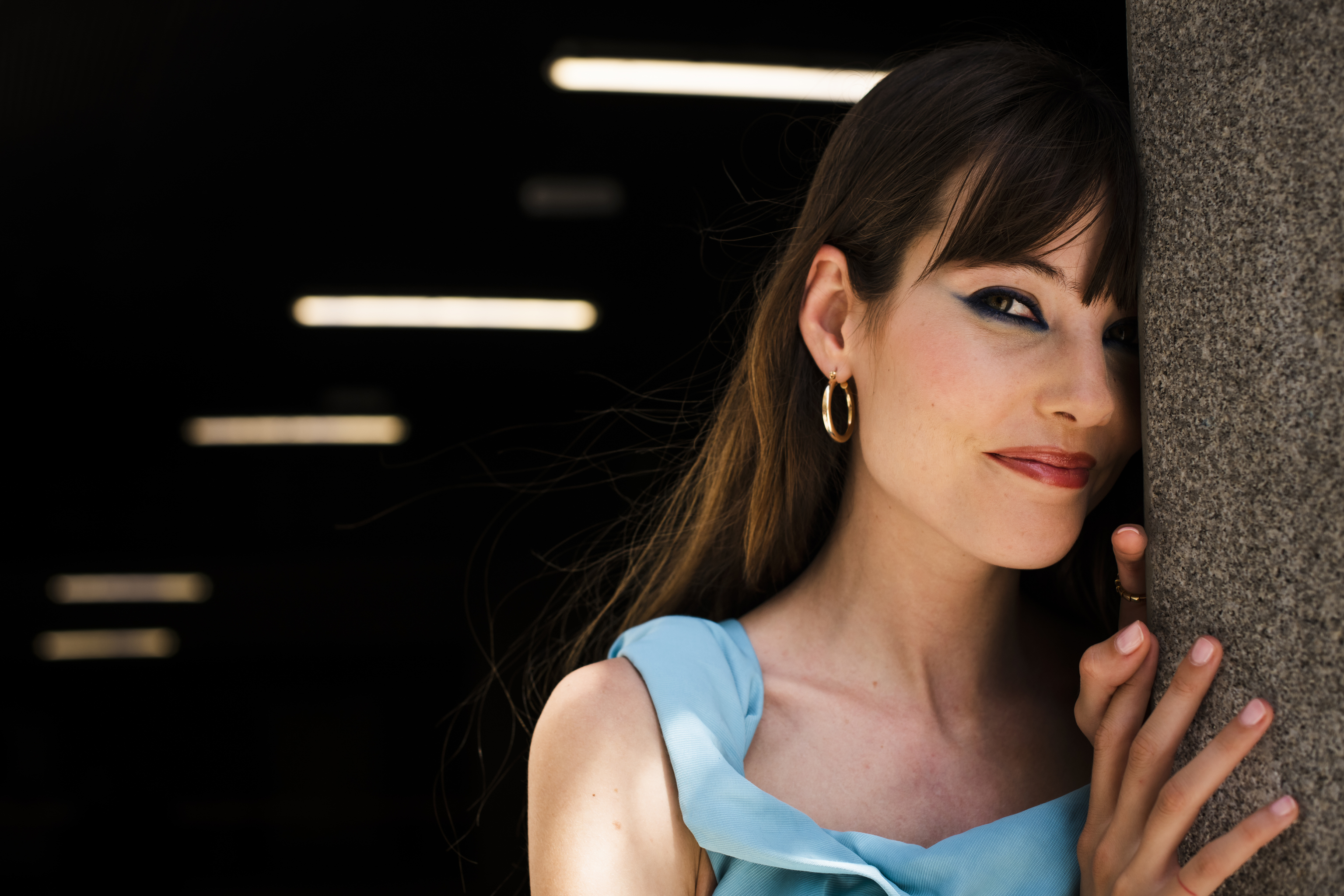 The seven months that

the series by Sergio G. Sánchez, which Netflix premieres this August 19, became "the girl's mourning" that one day was.

She was the one who at the age of 16 came into fashion and at 19 she lived in Paris "a process of self-destruction" before leaving that world to flee to London for acting.

Each of these words is marked by the fragility that her presence gives off.

Although it is no longer such after the "spiritual journey" of the last year.

"I just got super intense."

And she can't stop laughing anymore.

Until she comes back.

"I have had to take perspective of my life and realize what I have been living.

Now I think if I am really being the person I want, living the life I want or am I just responding to an image.

It is very existential, but I have realized how important this is in life".

All that came from Alma, the first protagonist of it, a young woman who suffers an accident during a school trip that will change her life.

In her I have seen myself as a child, that shy, sensitive girl, who was ashamed to show herself as she was and had no voice because it was difficult for me to get my strength out

. Living that trip, things have come to light that I had not healed. Since I've finished shooting I keep asking myself who I am, I need someone to lower me to the ground because I don't know where to hold on".

I guess that's maturing for someone who went into a loop at the age of 16. It's that up to a certain age you're in the conveyor tunnel of life and you're flowing, you don't have a conscience.

Now I have seen myself from the outside and I have considered my motivations.

And what has he done?

Has your life changed? I finished the series and realized that life had gone on without me, I left Barcelona fleeing so as not to face things.

It was difficult for me to manage life, I fled thinking that things disappear, but no.

Things have to be faced and I have learned to let go and accept changes.

And what matters is living life, sharing it, because as far as we know there is only one.

We have to learn to be happy and enjoy ourselves instead of trying to show everything to fit in with others. Do we enjoy little? In such an unequal and unjust society, we are not aware of what we live.

When you live something, you wake up, which is something that society doesn't allow us because we have to keep going no matter what.

Many of these reflections come to Mireia Oriol from her time as a model, where the physical prevailed over the rest.

"The physique is just our packaging, but what matters here is the internal journey.

And I hadn't even considered that

She until she decided to leave it to make the leap to acting.

How was that path? I have had many dilemmas with fashion, it is very difficult to break with something that everyone says is the right thing to do.

There are many pressures with sickly thinness and toxic prototypes that are very difficult to break because you have seen them since you were little.

If you are a normative person, it is very difficult to realize all the damage it does to you and get out.

And you want it.

Being a woman is it more complicated? Yes, because our image and the canon respond to what men have created for us.

In the end you are answering for something that is not yours and you don't even know if you want it or not.

What does that click do to quit? In my case a very confusing time in Paris in which I saw myself going to castings in which I felt humiliated, comparing myself all the time and losing the youth that my friends had.

Until I realized that a career is not worth living that way.

And living that in solitude, what is it like? I always thought I got along well.

When you are well it is incredible, but when you go through a bad time, loneliness and being with yourself make you feel like your worst enemy.

And I felt it there, now when I feel defenseless and safe there is a team that welcomes me. How was the transition from model to actress? she is not defined by her work.

I was a model to pay for my acting studies and you have to have a lot of brains to put up with that life.

In her first shoots she suffered from strong anxiety problems. Self-confidence is a job that you fight for on a daily basis.

And very self-demanding and perfectionist people have a hard time thinking that we are prepared to do something.

Now I'm in that trust job.

How is this work done? I rely a lot on therapy in this world that exposes you and makes you feel vulnerable.

I have learned my limits and I no longer punish myself for it and I do not self-sabotage.

Closing with the idea of ​​the series, the remains of the past condition the present. We are our memories, all the good and bad things you have experienced have shaped you as a person.