Younis Al-Suri .. the only guard of the castle «Tire»

For years, Younes Diop has been opening the door of the Citadel of Al-Marqab daily, hoping to receive tourists or visitors who have always been crowded at the archaeological site overlooking the Syrian coast. her door 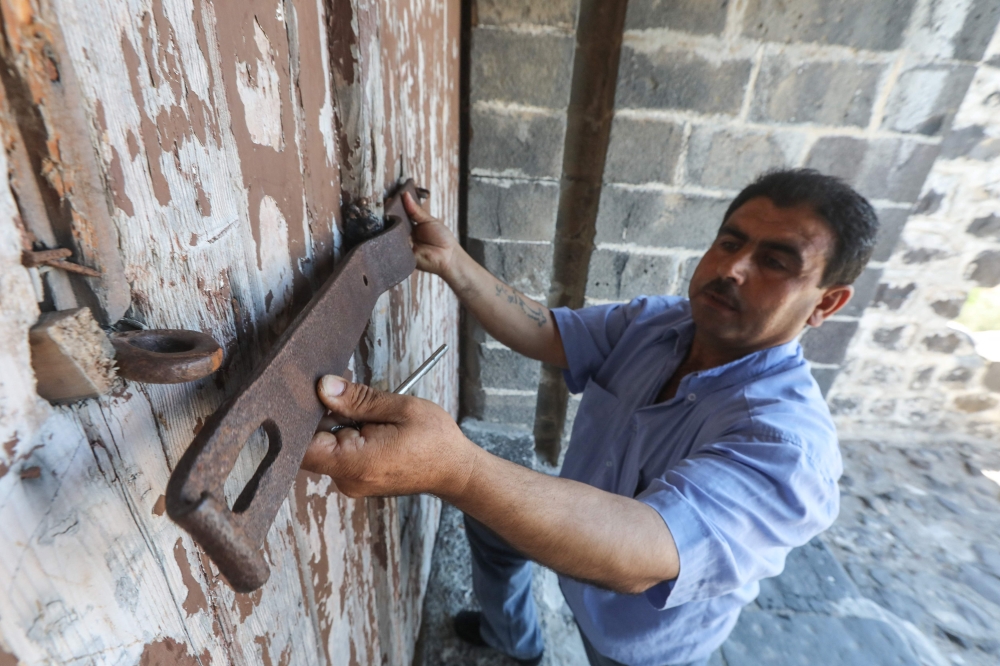 Younis Al-Suri .. the only guard of the castle «Tire»

For years, Younes Diop has been opening the door of the Al-Marqab castle daily, hoping to receive tourists or visitors who have always been crowded at the archaeological site on the Syrian coast.

Every morning, Diop (49 years old) goes to the castle overlooking the beach of Banias, carrying a large iron key to open its main door.

He sits inside a wooden room that he used to cut tickets for visitors, whose influx has become almost non-existent since the outbreak of the conflict and the impact of the severe economic crisis in the country.

"Although the castle gates are still open, days and weeks go by without me getting a ticket," the guard, who took over his job 15 years ago, told AFP.

"This has been the case since the start of the war" that has ravaged Syria since 2011.

Instead of getting tickets, he spends his time sipping hot tea, contemplating the beach and reminiscing about pre-war times, when the castle, studded with white and black stones, was packed with visitors from Syria and abroad.

And flips from time to time pictures he took of tourists in the past.

When he is bored, Diop leaves his seat and wanders around the castle, whose walls are high and devoid of any semblance of life.

He adds, as he walks slowly, “a war for years, then the (Covid-19) epidemic, then the fuel crisis.

All this stopped the influx of tourists, and the internal visits decreased significantly.”

The fortress is located on a hill five kilometers from the city of Banias in the Tartous governorate. It was built in 1062 on a hill surrounded by a huge moat with a solid stone bridge over it.

It includes the ruins of a church and a museum inside it.

"I feel lonely here, and I have no friends except these high, silent walls," Diop says, after he started to collect his things, to close the castle door behind him at the end of his shift.

He adds, "I promised myself to enter the visitors free of charge and at my own expense for a week when the movement returns to its previous era (...) I hope that day will come soon."