"It is not clear if the incidence of childhood hepatitis in Spain is higher than expected, but surveillance must be exhaustive"

Since the United Kingdom sounded the alarm at the beginning of April after the detection of 10 cases of acute childhood hepatitis of unknown origin, 507 cases have been reported in... 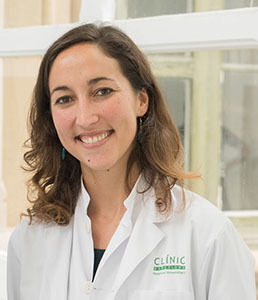 Since, at the beginning of April, the United Kingdom sounded the alarm after the detection of 10 cases of acute childhood hepatitis of unknown origin, 507 cases have been reported in 21 European countries, including Spain, where 46 affected have been reported, of which three have needed a transplant and two have died, according to data published on August 4 by the Center for the Coordination of Health Alerts and Emergencies of the Ministry of Health.

As a researcher at the Liver and Digestive Diseases Network Research Center (CIBERehd), specialist in Hepatology at the Hospital Clínic de Barcelona and secretary of the Spanish Association for the Study of the Liver (AEEH),

closely follows the evolution of this phenomenon uncertain.

What is known about the origin of these hepatitis? The causes are still being investigated.

The hypotheses that are being considered, especially as a result of the findings in the United Kingdom, which was the first to alert and is the European country with the most cases [273 have been confirmed to date], point to an adenovirus, specifically the 41F subtype.

It is not a new strain, because this adenovirus had already been described as causing infections in children, but it is possible that it is somehow producing these more serious hepatitis symptoms.

It is also investigated that there is an alteration of the immune response to this or other viruses or to another toxic agent that we have not identified.

However, everything is still under investigation.

The United Kingdom has certified that it has a much higher incidence of childhood hepatitis of uncertain origin than in other years and has also detected an increase in the prevalence of adenovirus, but in Spain the situation is not the same.

What is the case of Spain? The incidence is not comparable to that of the United Kingdom, it is much lower.

In fact, it is not entirely clear whether the incidence of these acute hepatitis of uncertain origin is higher than expected.

If a global analysis is made, measuring the expected cases in the same period of the year with respect to previous years, the figure is similar.

Only when analyzes are stratified by age groups can a certain upward trend be seen, but with very small numbers.

In any case, with 46 cases it is very difficult to make a clear statistical analysis.

surveillance has to be close and very exhaustive.

What is the profile of those affected? Those affected are, above all, children under 6 years of age, most without relevant underlying chronic diseases.

As for the symptoms, the picture is quite homogeneous in all of them, with a high presence of jaundice, the yellowish color of the skin and eyes due to the increase in bilirubin.

This is usually preceded by gastrointestinal symptoms, such as vomiting and diarrhoea, which is in fact the classic presentation of any of the hepatitis, especially in children.

The latest CCAES report indicates that 64% of cases in Spain have occurred in girls.

Is the disorder associated with an increased risk for them? At the moment there does not seem to be any association with sex.

In the data available from the WHO, this trend is maintained for there to be a little more cases in girls.

But no clear association has been seen either with the incidence or with the severity or with the need to undergo a liver transplant depending on the sex of the children.

Are there precedents for a similar situation? There are always cases of unknown origin.

Every year we see hepatitis of unknown origin in both children and adults, but a situation like the one reported by the United Kingdom, with a greater than expected increase in cases, has not been seen until now in relation to hepatitis of uncertain origin. What can be done to prevent these or other hepatitis? To prevent other hepatitis that are already known, such as hepatitis A or hepatitis B, we have a vaccine.

So adhering to the vaccination schedule is important.

For those viruses for which we do not have a vaccine, it is more difficult to prevent.

Even more so for those whose origin is uncertain.

Jaundice is the sign that should make us go to the doctor preferably to do an analysis of how the levels of transaminases are and if we really are facing a case of serious hepatitis.

In any case, I believe that a message of calm must be given to families.

It is undoubtedly an alert, but its incidence has nothing to do with other alerts that have been, such as Covid.

The number of cases is low and the vast majority have resolved well, few have progressed to severity, few have required a transplant and even fewer have suffered death. Is good surveillance being carried out? Yes, I think the medical community has been activated immediately once the alert went out.