The Hunger Games: The Ballad of Snakes and Songbirds director Francis Lawrence has revealed details about the upcoming film, which will take place 64 years before the events of the original franchise. According to Lawrence, in the prequel, the Capitol, District 12 and the arena of the Hunger Games will appear before the audience in a completely new way and will reflect the destroyed nature of this dystopian world and the people living in it. In addition, the director explained the relationship between Coriolanus Snow and Lucy Gray Baird and how the young singer influences the future president of Panem. Among other things, the Lionsgate studio has published the first frame from the project. 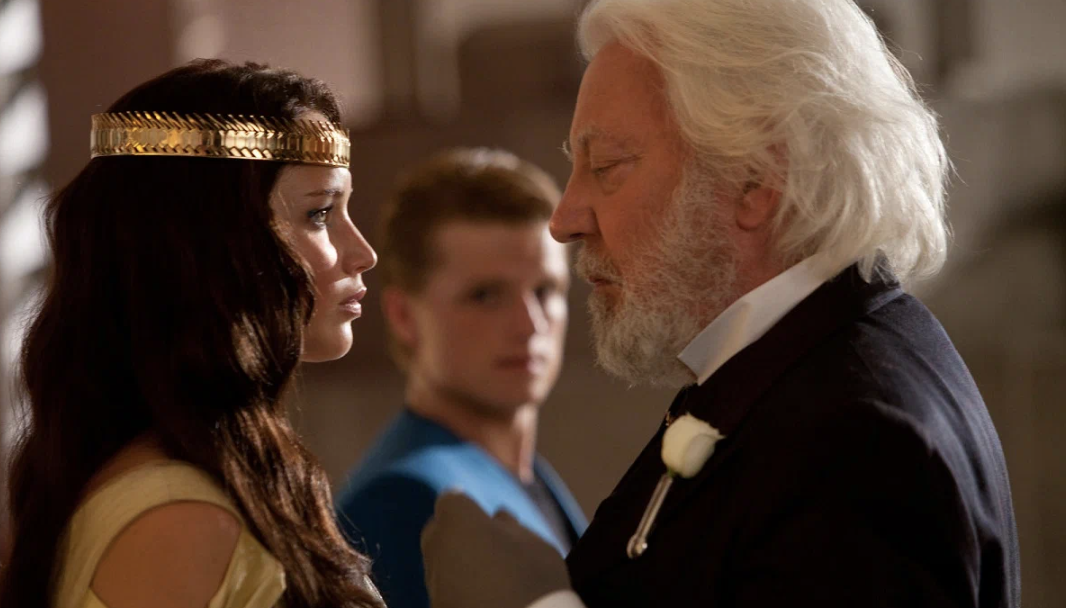 Francis Lawrence, director of The Hunger Games: The Ballad of Snakes and Songbirds, has revealed some details about the upcoming prequel to the Hunger Games franchise.

According to Vanity Fair, the feed will show more than viewers expect.

According to the director, this is a love story.

“It’s kind of a love story set in another world and another time.

The plot of the film will focus on the 18-year-old Coriolanus Snow, who in the future will become the president of Panem and the most powerful man in this dystopian country.

At the same time, Snow in his school years will be as ambitious as his version in the future, but not yet so cruel.

Lawrence said that viewers will see a young man on the screen who is looking for his way in the world and, as a result, makes a choice that foreshadows what he will be like in the future.

The director notes that during the entire film, Snow will seem to be at a crossroads: between the charming and kind Lucy Gray Baird and the merciless doctor Volumnia Gall.

"He's a control-hungry chameleon, but he's drawn to a woman who threatens everything he thought he wanted," explains Lawrence.

Snow is attracted to the girl, and this attraction is undeniably strong.

A source says Lucy Gray will add a soft touch to the franchise's brutal world.

She, like Katniss Everdeen from the original films, is the pride of District 12. However, according to the director, Lucy Gray is the opposite of Katniss.

She is the owner of a charming voice and a representative of a society united by musical culture.

“She is a musician, a performer and a charming girl... Snow has never met such a girl,” explains Francis Lawrence.

Coriolanus and Lucy Gray's relationship begins in the arena as part of the show, but quickly develops into something more and goes beyond the cameras.

The author of the source clarifies that the young singer is able to calm Snow in a way that no one is able to in this war-torn world.

In addition to details about the love of the main characters, the creators of the tape talked about how fans will see Panem in the prequel.

Given that the events in the tape take place long before the story in the original films, the world of the Capitol and the districts will be shown deeper in terms of its mythology.

Snow and the other heroes are still struggling with the aftermath of the dark times, the wars that eventually led to the creation of the Hunger Games.

As noted by one of the producers of the tape, Nina Jacobson, the picture will be very different in style and character.

“This film is completely different stylistically, in terms of design, character and angle.

We were thrilled to be able to show a different side of Panem at another point in its history,” said Jacobson.

The director, in turn, explained that production designer Uli Hanisch worked on the creation of a new version of Panem (TV series "Queen's Move", "Perfumer: The Story of a Murderer").

According to Lawrence, many details of this version - from architecture to interior design - will reflect the destroyed nature of this world and the people living in it.

The cinematographer added: viewers will see a completely new gaming arena, as well as a completely redone Capitol and District 12.

Among other things, the creators promise to place many references to the original Hunger Games in the "Ballad of Serpents and Songbirds".

“You will learn a bit about Katniss' past.

Of course, you will also learn a lot about Snow's past, the history of (Hungry. -

) games and some musical compositions.

), where did such songs as “Gallows Tree” actually come from, ”the cinematographer explained.

Meanwhile, Lionsgate, the film's producing studio, has shared the first still that gives a glimpse of what Coriolanus Snow and Lucy Gray Baird will look like.

Tom Blyth, who plays young Snow, also posted the shot on Instagram* and received a lot of enthusiastic comments from fans.

Netizens are looking forward to the release of the film and note that the actors look great in these images.

Recall that the tape "The Hunger Games: The Ballad of Snakes and Songbirds" is based on the novel by Susan Collins - the author of the trilogy, based on which all films of the franchise were filmed.

The plot will reveal the history of the youth of President Snow, known to readers and viewers.

The action in the tape will take place approximately 64 years before the events of the first part of the Hunger Games.

The powerful Snow family is having a hard time following the war in Panem.

Charming young Coriolanus sees a chance to change his fate when he is chosen as a mentor ahead of the tenth Hunger Games.

However, the young man's joy on this occasion quickly disappears, because he gets a tribute girl from a poor district 12 - singer Lucy Gray Baird.

She is not physically strong, does not have the necessary stamina, but has an amazing voice and a kind heart.

Coriolanus will have to carefully weigh every decision to be victorious.

But things get complicated when feelings come into play.

Part I" and "The Hunger Games: Mockingjay.

The script was adapted by Susan Collins, the author of the novel, and Michael Arndt, one of the creators of the script for the second part of The Hunger Games.

Also appearing in the film are Hunter Schafer (TV series Euphoria) as Tigris Snow, cousin of Coriolanus, Peter Dinklage (Avengers: Infinity War, TV series Game of Thrones) as the dean of the Academy, and Viola Davis (The Help, TV series) How to Get Away with Murder" as Volumnia Gaul, Ph.D., who inspired the violent games.

The Hunger Games: The Ballad of Snakes and Songbirds is set to release worldwide on November 17, 2023.