Today is wine, and tomorrow is a matter.. Who is the king of poets who was expelled by his father and adored the Roman princess and then was killed with a poisoned robe?

He is a poet of the stallions in the pre-Islamic era and the most famous of them in the opinion of critics. His biography was not limited to the bats of his people, and what surrounded them from the parts of the Arabian Peninsula, but also crossed them to other countries, and his life blended with reality and imagination, and it was more like a legend. 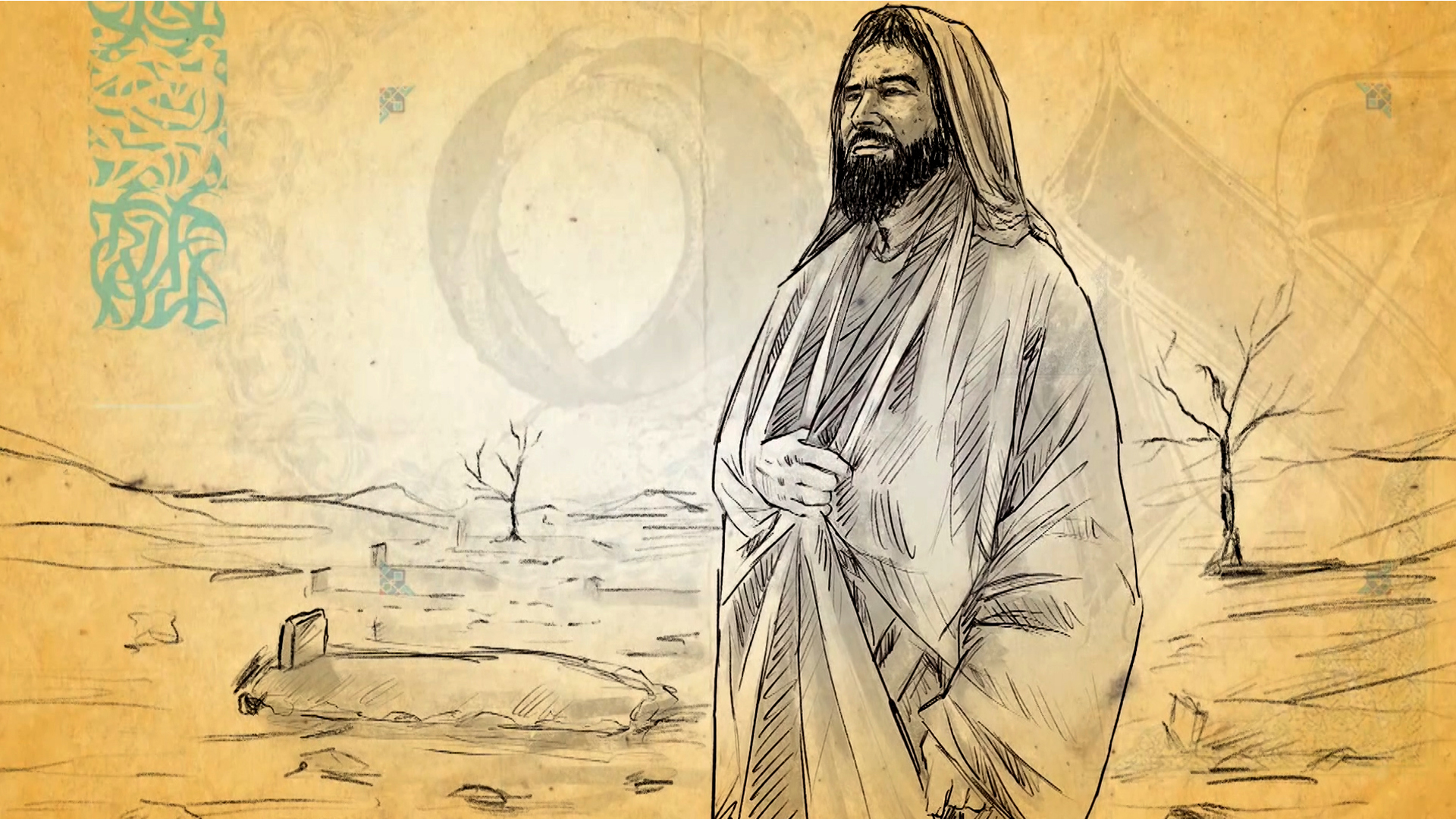 An episode of the "Reflections" program (7/8/2022) sheds light on the poet Jundah bin Hujr bin Al-Harith Al-Kindi (500-540 AD), known as Imru' Al-Qays. His mother is Fatimah bint Rabia, the sister of Kulaib and Muhalhal.

Imru’ al-Qays was born in Najd and grew up inclined to luxury and amusement, and it is said that he used to say poetry obscene and shabby in telling his love stories. Qayan sang to him, until the news of his father’s death came to him, while he was in some of the land of the Levant. Banu Asad came out against his father and killed him, so he said his famous saying: “May God have mercy on my father.

The biography of Imru’ al-Qays is divided into two stages: the stage of promiscuity and absurdity, and another stage is a search for revenge by wandering around the world, bearing the burning of revenge among his ribs. Caesar Justinian I in Constantinople.

The Roman Caesar was his last wish. The narrators say that the man of Al-Qays, when he came to the land of the Romans, fell in love with the daughter of the Caesar, who initially answered his call, but a man from Banu Asad slandered the man of Al-Qays at Caesar’s, so he sent him a poisoned robe, and as soon as he wore it, the poison spread to his body and ulcerated, and he died. He was buried in Ankara, and other accounts say that Caesar did not keep his promise. His death was due to being infected with smallpox during his return, so his whole body ulcerated, and he died after that and was called with sores, and his tragic end was associated with verses dripping with sadness and sorrow;

When he finds out.

Imru’ left a book of poetry that was printed repeatedly, explained by al-Batalyusi al-Nahwi, and Imru’ al-Qays is the author of the famous commentary whose beginning is:

It is the first of the Mu’allaqat, with 80 houses from the long sea, which he organized following an incident that happened to him with his cousin Unayzah, whom he loved. He described the incident and then moved on to describing the horse, hunting, lightning and rain.

The narrators also say that Imra al-Qays was the first to mention the homes that he painted in his poetry, with the departure of its people from it, and it was a breeding ground for him and his lover, so he stood on it and stopped, and wept and cried, so the Arabs approved of him this method, and the poets followed him on it, and it became after him a style imitated, The way the poem begins with this standing has lived through long ages, from the pre-Islamic era, then Islam, the Umayyad era, until the Abbasid era.