Betty Fiechter, the first woman at the top of Swiss watchmaking

Berthe-Marie Fiechter, known as Betty, began her professional career in 1912, two years before the outbreak of the First World War. Against all odds this woman... 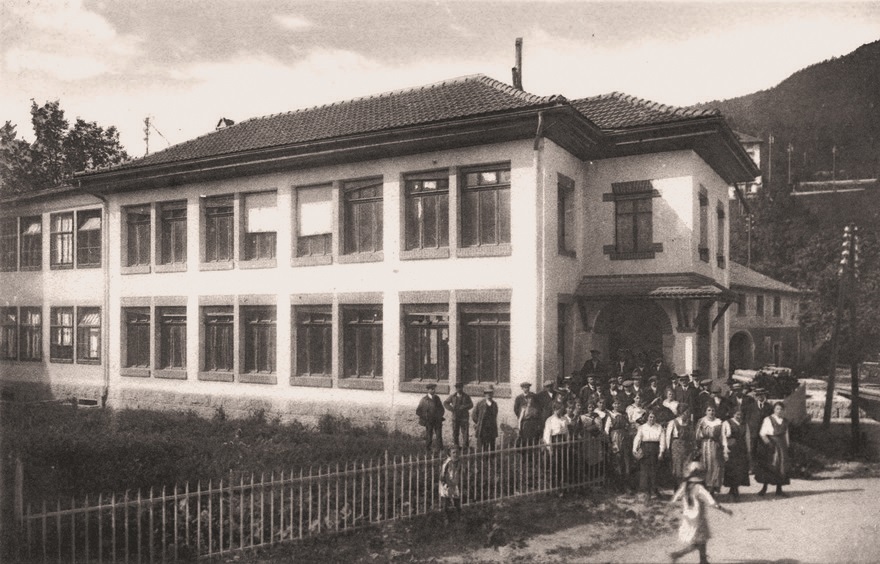 known as Betty, began her professional career in 1912, two years before the outbreak of the

Against all odds, this visionary woman in an

with the creation of pioneering watches such as the

She was also the

for women had not yet been established

in her country, where she arrived shockingly late: at the federal level in 1971 and at the cantonal level between 1959 and 1990.

Betty, like Blancpain, was born in the small Swiss town of

If you go to Villeret, we recommend you take a walk through the

, where there is a

placed on a pedestal looking towards the valley of the river Suze, in which the year of his birth, 1896, and that of his death, 1971.

From caste it came to Betty

Betty followed a dual training at the local Business School, whose curriculum included an internship stage, which she decided to do at Blancpain back in 1912.

was co-owner of a small watch movement company. complexes

located just off the main street through Villeret, which would be acquired by Blancpain in 1914.

World War I broke out,

French soldiers in Saint-Imier, located a few kilometers from Villeret.

There she would meet

an assistant to a French army officer who also made these visits to neutral Switzerland and who later played a prominent role in our heroine's life.

During her first 13 years at Blancpain, he would train her to become the

director of the Villeret workshops

and oversee all production.

When he died in 1932, and since his daughter Nelli did not want to take over the family business (missing the opportunity to go down in history as the first woman to run a watch manufacture), his last wish was that Betty would take over the company. property.

The purchase of the company

Parallel to Betty's work, and after becoming acquainted with Villeret during the war, André Léal had joined Blancpain as

He would later partner with Betty for the

whose name they temporarily changed to Rayville, a reorganization of the town's name, Villeret, using it until the law was repealed that prevented a company's name from being kept if there was no member of the family affiliated with it (a fact that questions for some that Blancpain is the oldest manufacturer having interrupted its activity for a time due to the name change).

In addition to the loss of the company name, Betty had to deal with the

and soon after the death of her partner in a car accident.

So, instead of maintaining a complete range with different types of watches like the rest of the brands, it adopted a

to combat the devastating effects of the

and movements for women's watches with which it would be able to consolidate the position of the brand in this segment.

A woman full of ideas

At the same time, and helped by his

of the business, he had the idea of ​​creating a

(movement, dial and hands) assembled inside an internal case, leaving their buyers to manufacture their own outer cases to place the Blancpain movement and thus avoiding the high tariffs that were applied to finished watches.

she was at the same time enormously

She used to make a gift to each of her workers every year.

She devised ways to

that were unusual for the time in the business world, such as the creation of Rayville Square, a

where children could play safely in the purest Silicon Valley style.

The wisdom of knowing how to surround yourself with valuable people

did build a family around her made up of her nephews and their children and their employees.

Closest to her was

who, after a stay in Alexandria with her parents, returned to Switzerland in 1945 to continue his studies in history at the

Of course, Betty supported him in his studies.

partnered with her aunt to help her run the business.

This union led to great successes: among them the creation in 1954 of the legendary

of the French combat diving corps, later requested by the United States Navy), the

women's watch (1956) equipped with the smallest round movement in the world (11.85 mm in diameter) and

's Art Deco-style night watch (recalled today in the biopic 'Blonde', based on the book by

as well as the growth of Blancpain's production to over

and watch movements per year.

Also during this time, Blancpain pioneered offering women's watches with the winding crown positioned on the back of the watch.

In the 1960s, when competition from Asia and quartz rocked the entire Swiss watch industry, Betty, along with her nephew Jean-Jacques, masterminded a

into an entity called

Each watchmaking house maintained its own identity, but they pooled their resources to maintain and expand production.

Blancpain played an important role in the

Swiss Society for the Watch Industry

as a supplier of movements for the associated brands.

At that time you could see this elegant woman dressed in fur in winter and adorned with jewelry, including pink terry slippers in her ensemble, as she suffered from

at the beginning of September

with two moving epilogues to her life.

On her deathbed she wrote a birthday note to her great-nephew Jean-Marie which was delivered to him after her death on her birthday at the end of that month.

She bequeathed the plot of Les Planches to the people of Villeret, where her monument currently stands.

Few women have achieved achievements comparable to theirs.

At a time when women had no say (literally) in the Swiss business world, she not only

on a global scale.

He found his own path, straddling deep respect for tradition and commitment to modernity.

Ladybird Colors collection and the

inspired by a 1950s chronograph, now making its grand entrance among Blancpain sports watches. the manufacture with a vintage look and a feminine format (36.2 mm in diameter).

A watch from the current 'Ladybirds Colors' collection.DR

And while her legacy lives on, the number of women in management positions in the watch industry can be counted on the fingers of one hand today:

Co-Founder of Frederique Constant and, at the national level,

General Director of Watches and Jewelry of LVMH Spain .