Monkeypox: "The real stigma in the collective is being responsible"

"The real stigma now is being responsible." This is how blunt Martín Prieto is when he talks about the whole problem of the monkeypox virus of the ... 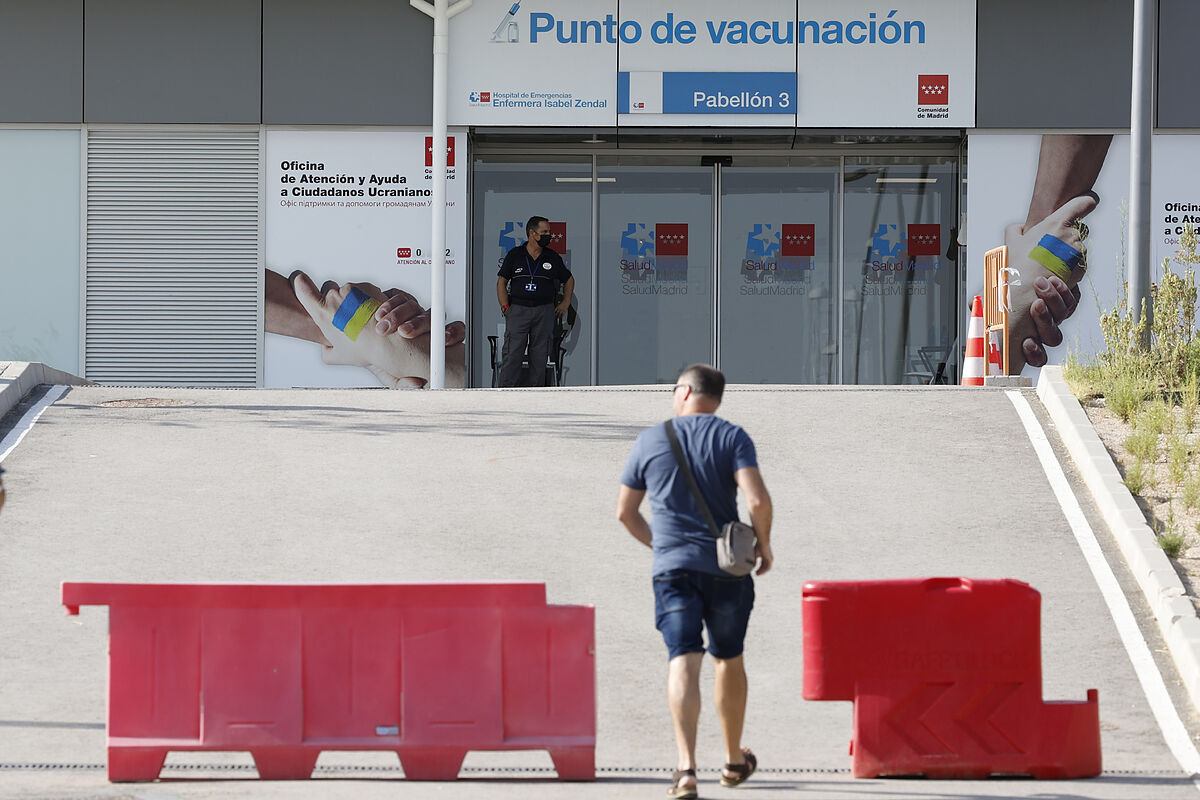 "The real stigma now is being responsible."

This is how blunt Martín Prieto is when he talks about the whole problem of the monkeypox virus of the group that suffers the most.

Martín is not his name, but after almost an hour of conversation, he decides that he wants to remain anonymous, "because it is easy for them to point out two or three pieces of information about his history."

Martín is homosexual, responsible, and it has been reported that without having the previous smallpox vaccine he would be a candidate to receive one of the almost 2,000 doses of the vaccine that are available in the Community of Madrid.

It does so "because I want to avoid contagion. I put a lot on my part, but for that reason I consider that a reinforcement would help, it could be the vaccine, but I do not consider lying about any criteria at any time. That the health workers value it".

It is brave that, even if it is only through your voice, it is admitted that today Spain has more than 5,700 infections because "

everything has failed: the management of public administrations, health, the own responsibility that should have in the group ...

Well, I don't know if I should call it that, but it is where it has been seen that the infection is transmitted more."

"In the end, by not stigmatizing, messages that are not very sensitizing are sent.

Stigma against a group of people in which the infection is seen to be predominant?

No, what is needed is more awareness and responsibility work," says Martín.

It also encourages the media to be more forceful in the messages, "although on many occasions they have become the source of information about the infection, far from what could help you in the reference centers where they have all your history."

As a user of PrEP (pre-exposure prophylaxis against HIV) he goes to a center where he has his medical history, "I think that the information is well treated, that we all know in these cases how sensitive certain data is, it

would be of great help to be able to put information

, awareness and vaccination campaigns are under way," he stresses.

Martín acknowledges that when the WHO launched the controversial message of "limiting" the number of partners and sexual interactions to stop the spread of monkeypox, he applauded the idea.

"We know how it is being transmitted, is it really so hard to exercise responsibility and refrain from having sex for a while? I have done it and I think everyone, the collective, should do our part."

In this medium, Alfredo Corell, professor of Immunology at the University of Valladolid and member of the Spanish Society of Immunology, also pointed out this idea: "Yes, I know this may be controversial, but wouldn't it be a good public health measure close or avoid certain places of entertainment for a month to see how the cases are reduced?

In Spain, eight out of ten infections are associated with close contact during sexual intercourse, according to the latest Health bulletin.

In addition, 94% of cases occur in men and with the information collected in the records, 76% of transmission has occurred in men who have sex with men.

"The pattern, whether we like it or not, is clear. For this reason, I think that with a little common sense and responsibility the infection could be ended," denounces Martín, aware of the unpopularity of his speech.

"We know what the calendar of events and parties is in the group. From the administrations, this should be a clue to

Many of us are in health databases, why are they not used with common sense? ?", rivets.

In addition, Martín makes it clear with this that "

we cannot trust the vaccine to end the outbreak

, we need to stop the infection in its tracks and this is only possible by cutting off sexual relations. It is not worth hiding behind 'I have been vaccinated, I have not nothing's going to happen.' In the end, you realize that we haven't learned anything after spending two years with Covid."

During the first part of the pandemic, Martín already exercised his responsibility by limiting his sexual relations to zero.

"My parents are older and I had to do it."

Now, in his new 'self-confinement'

, he questions that many use the vaccine to hide behind the possibility of being able to have unprotected sex and under the influence of drugs

"In the end, you are the rare one who rejects these types of invitations," he laments and assures that "of course I like to party and have a great time. But, now, I think it's time to act with my head."

Cases in Spain have grown by 25% since the beginning of August and, together with other countries, such as the US, they continue to skyrocket.

According to the WHO, the main source of contagion in reported cases is close contact during sexual intercourse.

"You can go to a bar to have a drink and get infected? There is a risk, but it is not normal," says Martín.

Different and recent Spanish studies have shown that

and that most of the lesions are found in the

This is also reflected in the Health report: in six out of ten cases registered with details about the infection, anogenital rash is reported.

Martín, in principle, should not receive the monkeypox vaccine, but his decision is justified by having prior immunity, because he is aware that he was not vaccinated against smallpox in his childhood.

"I have the primer that proves it and I informed myself, something that people do not usually do, in my autonomous community to know if they put it or not when I was little. With that, the toilets should assess whether I can or not."

Regarding the use of the vaccine, he also

warns that its administration is a bit chaotic

an information campaign as such has never been

carried out since the administration. People have been vaccinated by word of mouth. We passed around a registration sheet that has circulated on WhatsApp. Then, it was time for Zendal, which We also found out that way and then it came out in the media".

"Many people lie to get the vaccine.

Even friends from Barcelona have told me that here, in Madrid, it is easier to access it."

In Madrid, in the two available centers you need an appointment to attend (currently there are no spaces available).

The same happens in Catalonia, which has already injected 1,345 doses since July 21, but with the exception that, in cases of pre-exposure, it is the authorized centers that contact the risk groups to provide them with a vaccination appointment.