Due to drought .... Lake Garda in Italy shrinks to its lowest level in history

Italy's worst drought in decades has brought the water level in Lake Garda, the country's largest, to nearly an all-time low. water 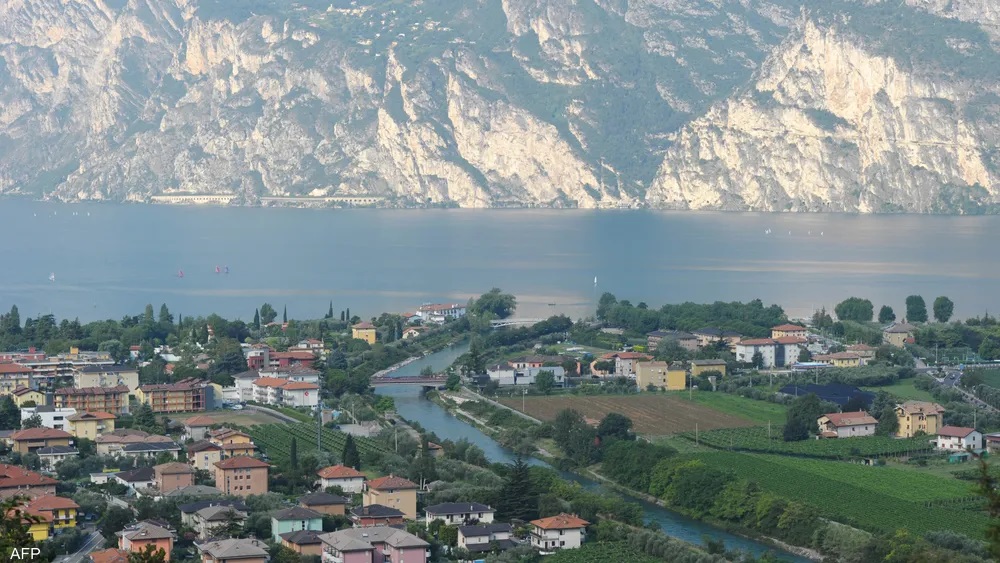 Due to drought .... Lake Garda in Italy shrinks to its lowest level in history

Italy's worst drought in decades has reduced the water level of Lake Garda, the country's largest, to nearly an all-time low.

The lowering of the lake's water level has exposed swaths of rock that were previously underwater and heating the water to temperatures approaching the average in the Caribbean.

Tourists who flocked to the famous northern lake on Friday to start their long weekend in Italy found a completely different scene than in years past.

"We came last year, we loved the place, we came back this year, to find the scenery has changed a lot. We were a bit shocked when we arrived because we were walking normally, and there was no water," said tourist Beatrice Massi, sitting on the rocks.

Northern Italy hasn't seen rain in months, and this year snowfall has fallen by 70 percent, drying up important rivers like the Po River, which flows through Italy's agricultural and industrial heartland.

Several European countries, including Spain, Germany, Portugal, France, the Netherlands and Britain, are suffering this summer from a drought that has hit farmers and shipping companies and prompted authorities to restrict water use.