They obtain the first images of dolphins feeding in trawl nets

The entity for the conservation, study and dissemination of the marine environment SUBMON has obtained the first images of dolphins while they feed in trawl nets in the... 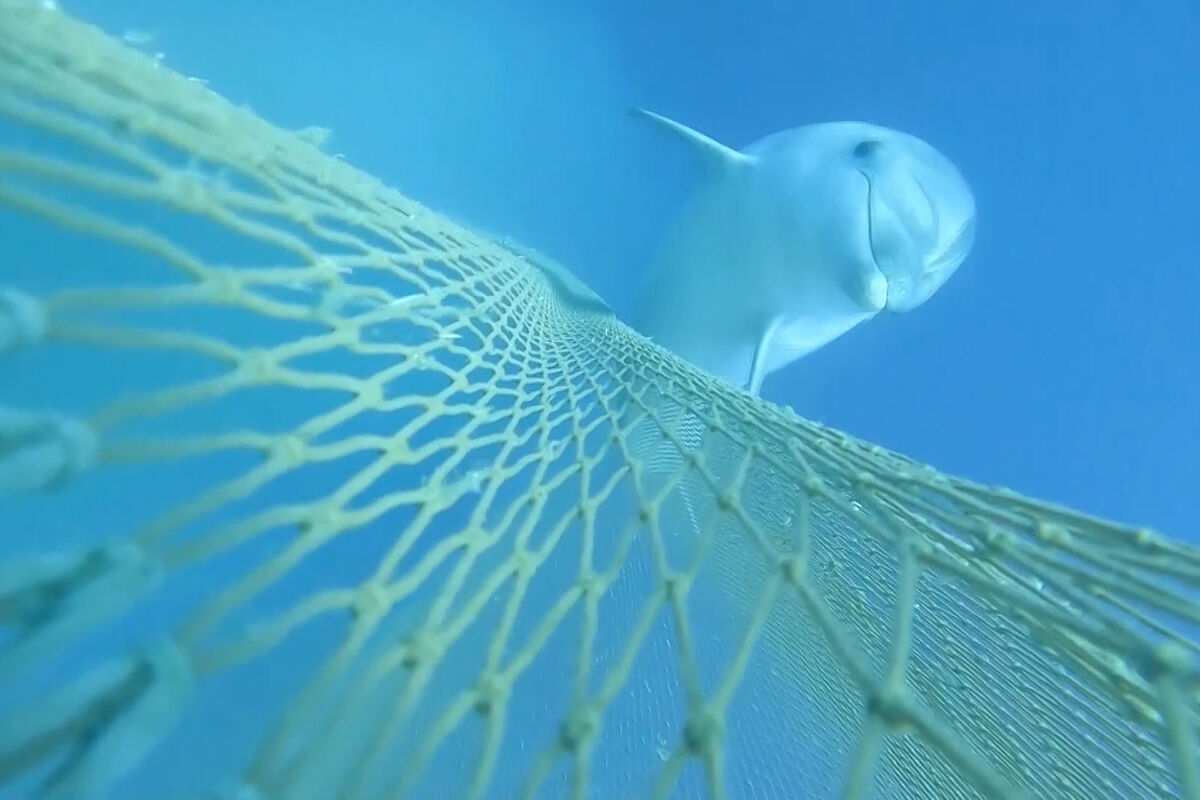 The organization for the conservation, study and dissemination of the marine environment SUBMON has obtained the first images of

dolphins while they feed in trawling nets

in the Western Mediterranean, as part of an investigation into the interaction of these animals with this type of fishing.

The filming has been possible in the context of the project "COSTtERA: Underwater Behavior of Tursiops truncatus in Trawling Nets in Northern Catalonia", in which the Biodiversity Foundation of the Ministry for Ecological Transition and Demographic Challenge collaborates through the Pleamar Program , co-financed by the European Maritime and Fisheries Fund (EMFF).

The study, which began in January and will end in October,

when they chase fishing nets, and underwater cameras record whether and how they enter them to feed during sets.

This interaction occurs in areas where the

habitat of the bottlenose dolphin

and the pilot test is carried out with two trawlers from Llançà and Roses, ports on the Costa Brava.

The fishermen there have collaborated in designing the study and agreeing on the best equipment to use and the best time and place to put the cameras in the nets.

In addition, SUBMON records data on the behavior of dolphins on the surface and all this will be analyzed to create patterns that are repeated and related to the images obtained.

Behaviors on and under water will

to specify the performance of these cetaceans during fishing sets and protect them.

Bottlenose dolphins (Tursiops truncatus) follow trawling boats showing a behavior that has been related to feeding, but until the beginning of this study it was unknown if they enter the moving nets, feed on the fish that these shake or extract from the outside those that are trapped.

The objective of COSTTERA is

to find out what these cetaceans do

when they go to trawler gear, determine the degree and type of interaction that exists in this area and prevent damage to both.

Between 2017 and 2021, within the Tramontana Dolphins project, SUBMON monitored the bottlenose in the Cap de Creus natural park and concluded that its presence, closer to the coast and at shallower depths, is much higher than that of the striped dolphin.

A density of 0.00382 animals per square kilometer, "quite high when compared to other areas of the Mediterranean and the Catalan coast," says Carla Chicote, head of projects for the entity.

Until 2021, they identified more than 400 animals through photo-identification (images of their dorsal fins that are like fingerprints) and 66% were sighted near fishing boats with feeding behaviors and with young in the group.

Thus, they concluded that

Cap de Creus is a feeding and breeding area for

the mule, since it has food all year round from the fishing that is carried out.

This statement was backed up by a survey, in which 59% of the Catalan trawling fleet said they saw this interaction, 93% considered it positive for attracting fish to the nets, and 91% confirmed having ever caught a dolphin , most dead.

This evidence led SUBMON to develop the COSTtERA project, which upon reaching its equator has obtained recordings of these animals swimming around the net, searching for food and extracting fish that have been trapped outside.

Although for now dolphins have not been observed swimming completely inside the net as in other areas, one has been seen with half its body inside in images taken at a depth of 110 meters and on the surface at the time of hoisting.

Up to mid-August, thirteen shipments have been made with trawlers, and in eight of them dolphins have been observed following them during their activity.