Earlier this year, journalist Marina Ovsiannikova protested Russia's invasion of Ukraine on live Russian television. She was then sentenced to a fine of approximately SEK 2,500. Since then, she has protested several times, most recently on Thursday in a Russian court, reports AFP. 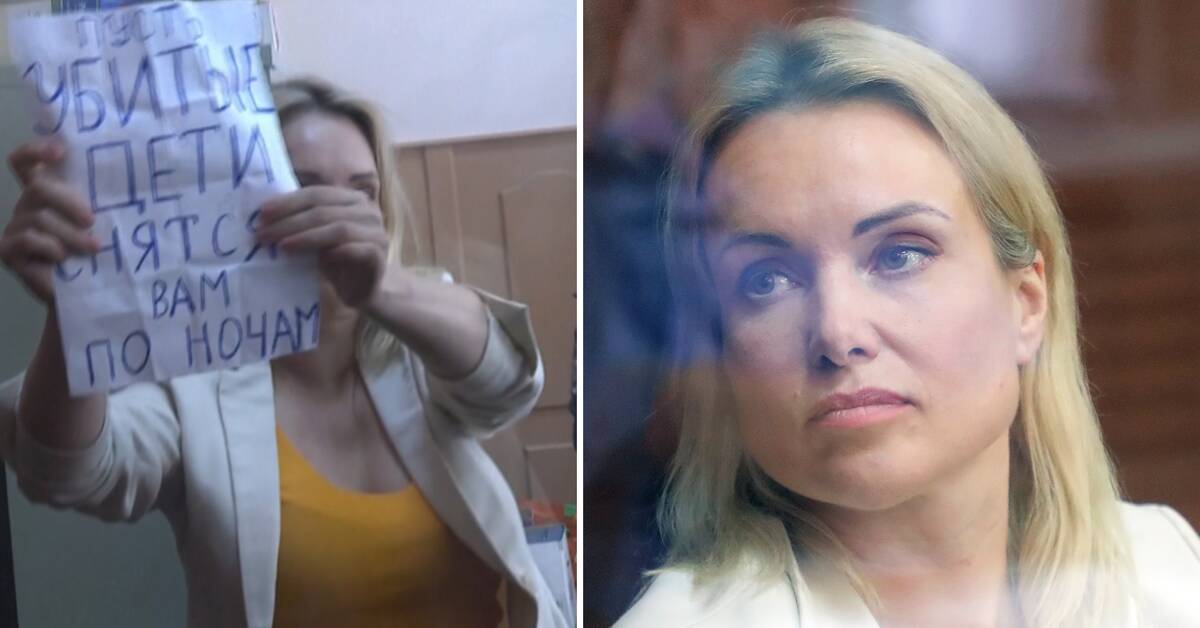 On the river bank opposite the Kremlin, she held up a placard with the text "Putin is a murderer, his soldiers are fascists".

For that action, she is now charged with spreading false information about the Russian army and faces up to 10 years in prison.

According to her lawyer Dmitry Zakhvatov, she was detained in connection with the indictment, pending sentencing.

During Thursday's court proceedings, she again protested the war, when she held up a note to the cameras of the world press that read:

"May the dead children haunt you in your dreams".

Attacks freedom of the press

Since the war broke out, Russia has cracked down on protests against the invasion.

The restrictions have forced Russian journalists to flee the country and Western reporters have been banned from entering Russia.

Ovsiannikova went viral in March when she ran into a live broadcast on Russia's Kanal 1 with a placard opposing the war in Ukraine, for which she was fined.

After the penance, she fled Russia and was employed by the German "Die Welt" but has since returned to her home country.

Since then, she has been arrested and fined several times for protesting Russia's invasion.

Watch Ovsiannikova's protest in the clip above.