Cracks in the Renaissance Dam .. Why did Ethiopia resort to new mobilization despite Egyptian warnings?

Amani Al-Taweel, Director of the African Program at Al-Ahram Center for Political and Strategic Studies, said that Egypt sees the third mobilization step as a violation of international law and the Declaration of Principles signed between Egypt, Sudan and Ethiopia. 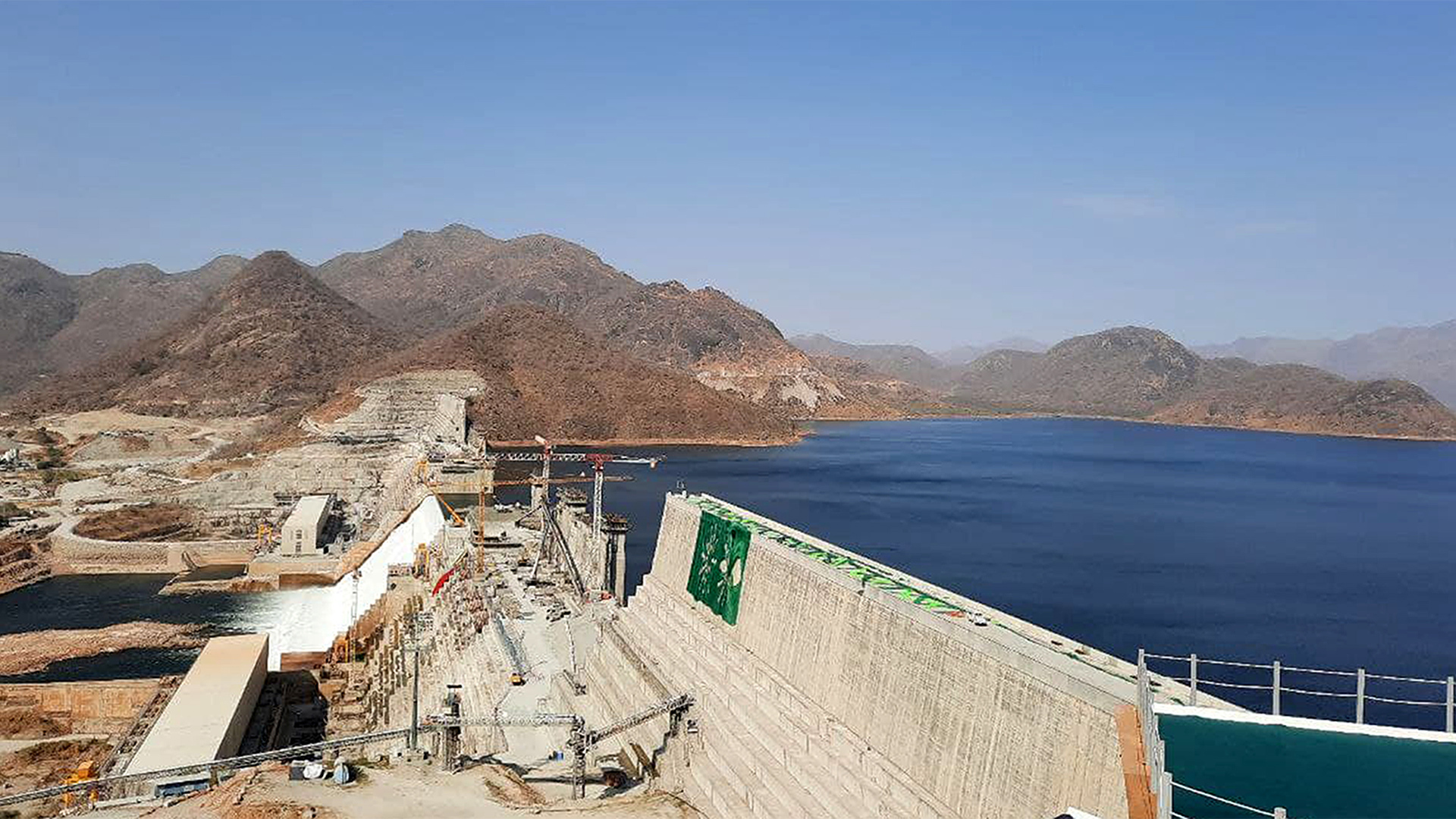 She indicated - in her speech to the "Beyond the News" program (11/8/2022) that the Egyptian street is following this step with great concern, because the Egyptians feel an existential threat;

This justifies Egypt's presentation of a letter to the Security Council and its warning of the safety of the Renaissance Dam, noting the possibility of attaching the file to satellite images confirming the presence of cracks in the dam.

It also considered that there was supposed to be a binding legal agreement regarding the filling and operation of the dam, and this is what Cairo relies on in its complaint, pointing out that the energy surpluses in Cairo do not harm anyone, but rather benefit the brothers in Sudan and Ethiopia, and a development package was presented to them to be Collaborative relationships.

Cracks in the dam

On the other hand, Member of the Ethiopian Federal Parliament, Mohamed Al-Arousi, said that Ethiopia was keen to sign an agreement that achieves the interests of the three countries, and that the negotiations be within frameworks in which all parties show sufficient flexibility to overcome challenges and obstacles to the agreement.

He pointed out that Cairo is not poor in terms of energy, as is the case in Ethiopia, stressing that during the filling period, the water share of the two downstream countries was not permanently affected, explaining that those who talk about defects and cracks in the dam are the same ones who signed the Declaration of Principles Agreement and were confirming the existence of defects In the region because it is vulnerable to earthquakes and environmental disasters.

It is noteworthy that Ethiopia announced the completion of the third filling of the Renaissance Dam in a smooth manner, without causing damage to the downstream countries (Egypt and Sudan), as it confirmed, and indicated the operation of a new turbine to generate electric power, adding that it would complete all the dam’s work within two years.

It is possible to complete the third filling of the Renaissance Dam and operate the second turbine to generate electric power with a capacity of 375 megawatts, bringing the amount of generation to 750 megawatts.

The amount of water held behind the dam's gates amounted to 22 billion cubic metres.

Egypt had sent a letter to the Security Council in which it expressed its concerns because of what it said were cracks in the concrete facade of the dam, and the Egyptian Minister of Irrigation warned - in the letter - of the dangers of Ethiopia taking unilateral steps.