Alladale Objective: or how to recover the wildest side of the Highlands of Scotland

Over the last millennia, Scotland has lost 97% of its native forest, leaving landscapes barren and shattering the natural balance between flora and fauna. They have... 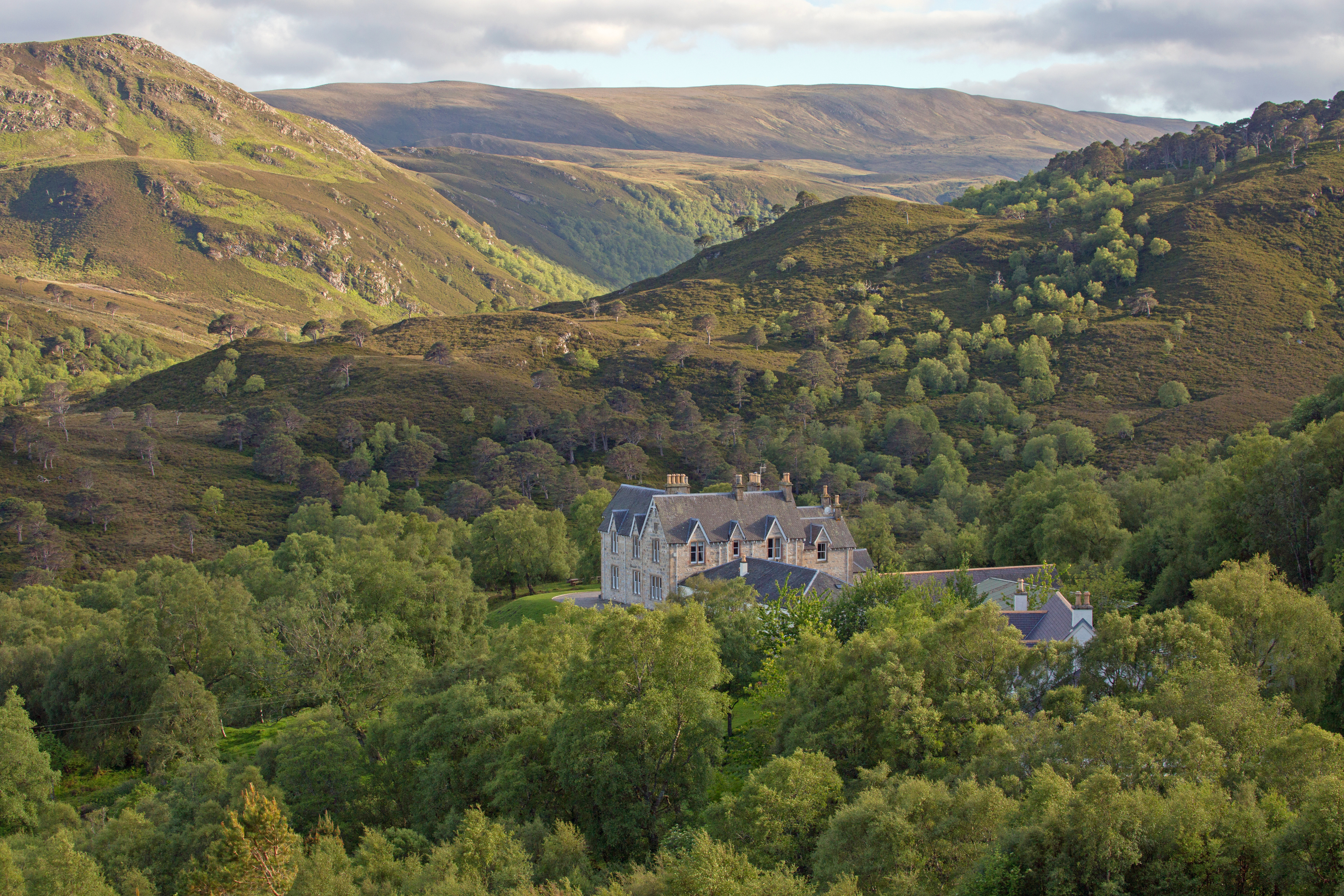 Over the last millennia, Scotland has lost 97% of its native forest, leaving landscapes barren and shattering the natural balance between flora and fauna.

The deer have proliferated at forced marches.

And there are no more wild wolves.

The last one was shot in 1680 by Sir Ewan Cameron, courtier and soldier, in one of those hunts that Queen Mary Stuart

Some say, instead, that the last true specimen died in 1743 at the hands of a hunter in the

after the animal murdered two children.

Be that as it may,

the wolf has disappeared from the Scottish face

The overpopulation of herbivores that kill the plants that still survive and the consequent collapse of the ecosystem.

"We want to recover the biodiversity that existed here, promoting the

connection between nature and man.

It is the way to involve him, make him know it, enjoy it and see that it can also be profitable with ecotourism projects, jobs and benefits for the population. ".

the last wild spaces of Europe

Panoramic view of the Alladale Lodge.

To do this, he created the foundation The European Nature Trust (TENT), focused on projects in the

, although its tentacles go further.

Until Belize, for example, where he promotes

the adaptation of the jaguar.

Within European borders, it supports the survival of the Iberian lynx and the brown bear in Spain - for which it collaborates with national associations such as CBD Habitat, Global Nature or the

- and the Marsican in Italy, passing through the protection of Fagaras Mountains, in

“We have done things very badly in Europe to the point of destroying 90% of the ecosystems,” adds Lister from one of the elegant leather sofas in the living room with a fireplace and piano in his

just think of a scene from

or a novel by Agatha Christy.

Here (and in the other three slightly more modest

scattered around the reserve:

) the travelers who sign up for their sustainable tourism programs sleep.

but also offer activities such as rafting, horseback riding, on foot or by bike,

, in addition to whiskey tasting or tasting of typical dishes.

In search of the wild cat

In between there is nothing but waterfalls, lagoons, rivers, mountains, forests and even glaciers.

Also some other cyclist doing legs.

And some postcard cabin.

And red squirrels storming the roads...

Bath in one of the lakes of the reserve.

An idyllic picture where

but far from the fertile and untamed landscape that it was hundreds of years ago.

To return to being what it was, Lister invested part of the 60 million euro inheritance left to him by his father, creator of the aforementioned

and lover of nature above all things, to acquire this paradise in an hour and a half of Inverness.

almost a million native trees have been replanted.

They have also brought back the

, a species that has disappeared in these parts and is on the verge of extinction throughout the United Kingdom.

Not surprisingly, there are barely

That he jump again through these lands is one of the main objectives of the businessman.

And he is succeeding, as pointed out by Innes MacNail, director of the reserve and who personally deals with several

(or rangers) of caring for the felines, for which a

has been created in the middle of the vegetation.

The wild cats, object of recovery.

"The idea is that soon they could go out into

but they wouldn't survive yet," MacNail clarifies, adjusting his cap with one hand while, with the other, he points to one of the animals,

The thing, for the moment, is not going bad: of the four that initially arrived (two males and two females) it has already passed to more than a dozen.

They can be seen darting up and down the catwalks peering curiously at the travellers.

In fact, the visit to his particular home is one of the

You can also herd for a day herding a herd of the Highlands' distinctive shaggy cows.

Be careful not to get too close,

the male can weigh 800 kilos

and the female, 500. "Don't worry, they don't do anything," says MacNail as he leads them towards the pasture.

Hiking is part of the activities available.

from the animal world:

Recovery work has been carried out with all of them.

Not forgetting the aforementioned

Of roads, no trace, of course.

The closest thing is the gravel paths where the SUVs circulate.

The one that resists the most, for now, is the wolf.

"We must bring it back to achieve balance," says Lister, settled back in the dining room of the Alladale Lodge, decorated with beautiful photos and

illustrations of animals and plants

and from where several deer can be seen wandering as if nothing happened on the other side of the window.

Living lives in London, but the businessman sleeps here when he comes to Scotland, unless the house is occupied by tourists, since it is rented out completely

The other three accommodations in the place have a kitchen, but you can also request the restaurant service.

After playing the dishes as a call for dinner, the host invites diners to try the menu of

and one of the Alladale family.

"I've made roast beef in gravy," she advances her.

The vegetables and fish come from the orchard and the aquaponic center of the reserve, in which an integrated fish and vegetable culture is developed that emulates nature.

One more example of this epic reconstruction of the wild.

HOW TO GET THERE

British Airways, Iberia or Easyjet fly to Inverness, an hour and a half from Alladale.

WHERE TO SLEEP AND EAT

The reserve offers ecotourism programs with all kinds of activities and four lodges:

the main one with seven bedrooms with full board, sauna, living room, gym...,

, with capacity for between two and 18 people.

On the websites of the