A camel dies of sunstroke.. and birds fall from the sky

A zoo in central Japan revealed that its only camel, nicknamed Hitomi, had died of heat stroke as the country suffered from record heat. 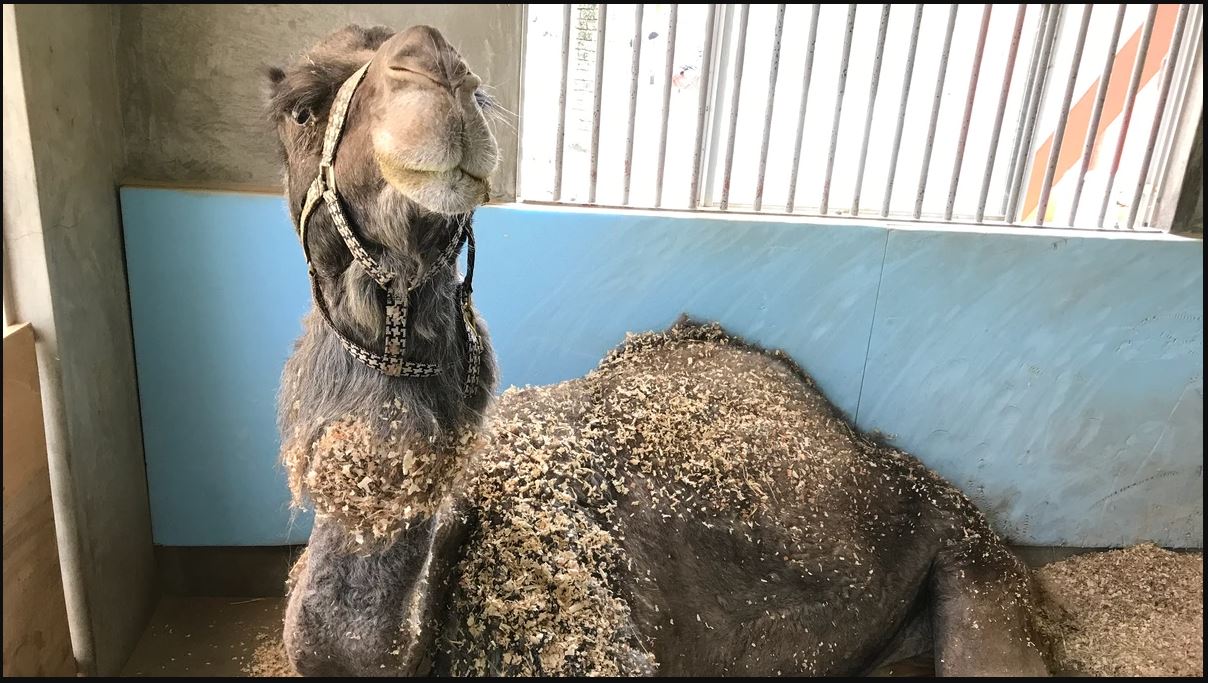 A camel dies of sunstroke.. and birds fall from the sky

A zoo in central Japan says its only camel, Hitomi, has died of heat stroke as the country experiences record heat.

The 22-year-old camel was susceptible to heat stress and was showing some classic signs of heat stroke before it died last week, according to workers at the Okazaki Higashi Koen Zoo in Aichi Prefecture.

"We are very saddened by her death - she was a sweet animal who came very close to us during mealtime," Haruna Hirose, a veterinarian at the zoo, told VICE News.

Hitomi joined a number of animals that have suffered or died as temperatures rise to record levels around the world.

Earlier this year, a severe heat wave in India saw birds fall from the sky due to exhaustion and heat stroke.

Temperatures in parts of the country reached 50 degrees Celsius, and bird rescuers reported receiving an unusual number of calls about sick birds.

In the UK, which hit record temperatures in July, some pets are dangerously close to dying from heat stroke.

The sweltering heat in Tokyo has strained power grids, with temperatures reaching 35 degrees Celsius in the capital for the 14th time this year - the largest number of scorching days ever.

Hiroko Aoyama, director of the zoo, said Hitomi had underlying symptoms that could make her more susceptible to heat.

The city of Okazaki, where the zoo is located, recorded a sky-high 36.8 degrees just a day before the camel died.

And these temperatures prompted the province to issue a sunstroke alert.