Undisclosed stage of tension between Turkey and Iran

Without official positions or an explicit declaration, it seems that the state of competition between Turkey and Iran has recently moved to a stage of tension between the two countries, against the background of differences and even contradictions in visions and positions towards a number of regional issues. 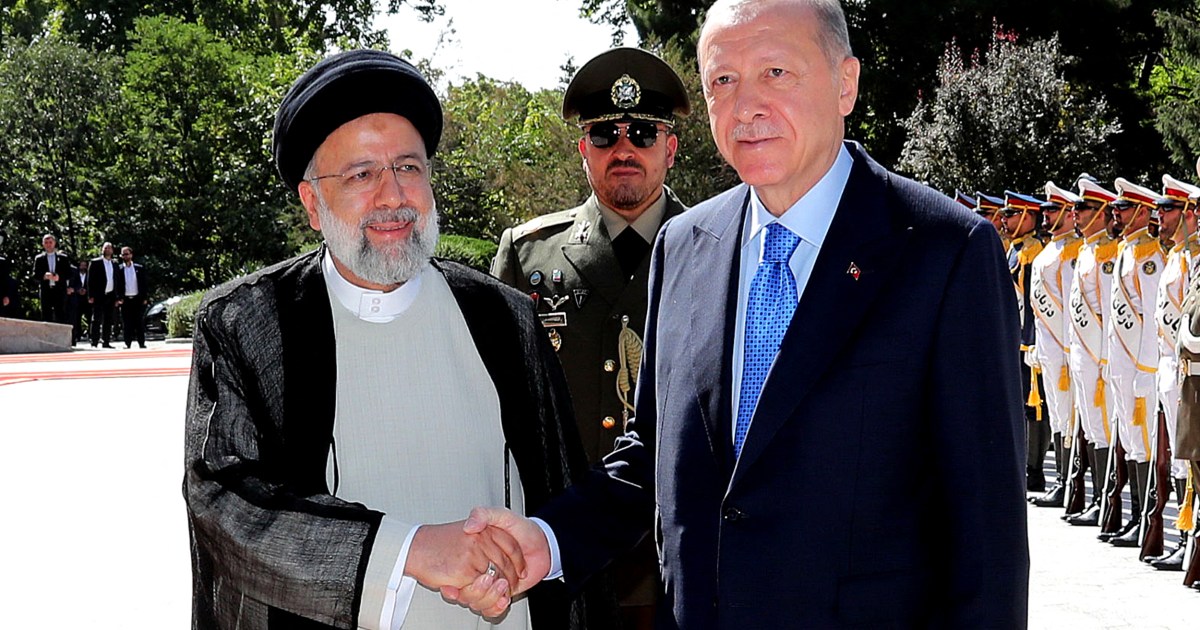 Without official positions or an explicit declaration, it seems that the state of competition between Turkey and Iran has recently moved to a stage of tension between the two countries, against the background of differences and even contradictions in visions and positions towards a number of regional issues, foremost of which are Syria and Iraq.

Despite the intense competition in the region between Turkey and Iran, which is fueled by historical, nationalist and geopolitical reasons, and a complex and complex system of interests, the two countries are proud that they possess the most stable borders in the region over recent centuries.

Each of the two countries - especially in recent recent history - has a project that is different from the other and a competitor to it in the region, specifically with regard to their immediate neighbourhood, specifically Syria and Iraq, and many historical, identity and cultural contexts contribute to this, as well as the form and structure of the regime in each of them. .

What consolidated the most from the summit was the statement of the Supreme Leader of the Revolution, Ali Khamenei, that the Turkish operation “will harm Syria, Turkey and the region,” especially that it came during his meeting with the Turkish president, which was understood as a warning and a threat, and it seems that developments in Iraq immediately after the summit confirmed this meaning.

The most prominent dispute between the two sides in the last decade was in Syria, where each of them stood on opposite sides in the Syrian revolution until today.

The dispute reached its climax between the two sides in 2015, when Turkey accused Iran of pursuing "sectarian policies" in Syria and the region, and the latter responded by threatening it through some of its officials.

Since 2017, the Astana track has contributed to reducing tension between the two regional powers, as it formed a framework for dialogue, overcoming crises and avoiding conflict, and sometimes understanding and coordination in some parts, especially with Russia as a major player in the tripartite guarantor framework in Syria.

With the exception of a few instances in which a confrontation took place between the Turkish forces in Syria and groups affiliated with or close to Iran, the two countries managed their differences without a noticeable escalation except from some statements here and there, but it was always possible to return to the previous situation, as happened on the sidelines of the recent Nagorno-Karabakh war. .

However, recent months have brought new developments that pushed the relations between the two countries into tension again, albeit in an undisclosed manner.

Perhaps the most prominent headline between the two sides recently is the operation that Turkey is brandishing in northern Syria against the Syrian Democratic Forces, which it considers an extension of the Kurdistan Workers Party and classifies it as a terrorist and separatist organization.

Ankara declares that its main goal in the operation is to prevent attacks on the areas where its forces - and the Syrian opposition factions are - and to complete the establishment of a safe area for the return of Syrians residing on its lands to it, especially as it announces its intention to return one million of them to that area soon.

Therefore, the Iranian statements came from the beginning, rejecting "military solutions" and calling for a political track, as well as emphasizing the idea of ​​Syria's sovereignty and independence, which means indirectly rejecting the possible Turkish operation.

Tehran hosted a tripartite summit of the guarantor states last month, and the Turkish operation was the most prominent issue on its agenda.

But the three countries did not succeed in reaching an agreement. Neither Russia nor Iran officially supported the process, nor did Turkey publicly retract it. Rather, the summit was a repetition of previous positions with a loose final statement that could be understood in more than one context.

But perhaps what consolidated from the summit was the statement of Supreme Leader Ali Khamenei that the Turkish operation “will harm Syria, Turkey and the region,” especially when it came during his meeting with the Turkish president, which was understood as a warning and a threat.

It seems that developments in Iraq immediately after the summit confirmed this meaning.

A few days after the summit, the Iraqi authorities accused Ankara of being responsible for targeting a tourist village in Zakho, Dohuk Governorate, during which several civilians were killed and wounded.

Despite Turkey’s denial of any role in the attack and accusing the Kurdistan Workers’ Party of being behind it to confuse its counter-operations in Iraq and trying to impede them, and despite declaring its readiness to cooperate fully with the Iraqi authorities to reveal the circumstances of the attack and those behind it, Baghdad preferred escalation and raised the matter to the Security Council.

Subsequent developments were more important and indicative, specifically targeting the Turkish forces in Iraq as well as their consulate in Mosul, with statements adopted by groups that raised the slogan "resisting the Turkish occupation", which classified them as groups revolving in Tehran's orbit, and put the state of conflict in the mold of pressure on Turkey before launching its operation. in Syria to try to prevent it.

This was read by many as raising the level of competition between Iran and Turkey, placing it in the context of indirect confrontation and pressure to discourage the latter from its operation in Syria, as well as putting the Turkish operations against the PKK in Iraq under suspicion and pressure, with official and popular Iraqi demands to stop it and withdraw forces Turkish from Iraqi territory.

This intersects with some reports that talk about cooperation between Iraqi groups and factions revolving in the Iranian orbit and the Kurdish workers in confronting Ankara recently, which is a very sensitive matter for the latter, as it relates directly to its national security and the proactive combat strategy it has adopted against the Kurdistan in recent years, which began pay off.

In addition to all of the above, the recent indirect confrontation between Iran and "Israel", which took place in some of its chapters on Turkish soil, disturbed Ankara.

This is because, in response to the assassination of a number of Iranian figures linked to Tehran's nuclear and missile projects, the latter tried to target "Israeli" personalities, some of whom reside on Turkish soil, led by a Turkish-Israeli businessman linked to the defense industries.

The Turkish authorities announced that they had thwarted the process of targeting him in an operation that included informing the Mossad about it and cooperating with it regarding it, as well as Ankara's arrest of Iranian intelligence networks during the past months.

Although Tehran denied that it had plans to target "Israelis" in Turkey, Ankara called publicly and officially, through its foreign minister, Mevlut Cavusoglu, "not to turn its lands into an arena for settling scores between countries," which would harm its reputation, security and tourism season.

Also, Iranian Foreign Minister Hossein Amir Abdollahian's visit to Ankara was postponed during that period, before the minister made it after Iranian statements committed to Turkey's security and avoiding escalation with "Israel" on its soil.

In conclusion, several controversial files between Turkey and Iran have recently recurred and coincided, raising the state of competition between them to a stage of undeclared tension, and perhaps even an indirect confrontation on Iraqi soil.

The matter carries important implications, especially as it is directly related to what Ankara considers requirements for its national security in both Syria and Iraq, and specifically the confrontation of the Kurdistan Workers’ Organization, the most prominent objective of its foreign, security and military policies over the past four decades.

Given that Turkey has achieved during the past years - especially after 2016 - tangible successes in confronting the separatist organization in Iraq through successive operations, in addition to the strikes it directed at the Kurdish statelet project in northern Syria, any effort that could harm this strategy angers it in a way. marked.

Therefore, it seems that Turkey has decided to replace the tripartite framework of Astana with a bilateral meeting in Sochi, during which it will try to reach an understanding with Russia regarding its operation, especially since the latter has a noticeable influence on the regime, and Ankara demands it repeatedly to fulfill its commitments it signed with it during Operation Peace Spring in 2019. In addition to its control over the Syrian airspace, which gives it a direct impact on the shape of the Turkish operation, its objectives, duration and chances of success.

And if Ankara is able to persuade Moscow to launch the operation, according to any understanding with it, this may put the Turkish forces, along with the Syrian opposition factions, in the face of some groups affiliated with Iran, which means a high level of tension between Ankara and Tehran, a possibility that the two parties do not want, but may be imposed by developments. In light of the residency behind the positions and the inability to reach an understanding in this regard.