The sting of the goose

I had to rummage through my old notebooks to find the exact date of my first trip to Egypt. It's the fault of this newspaper. I have been asked to write... 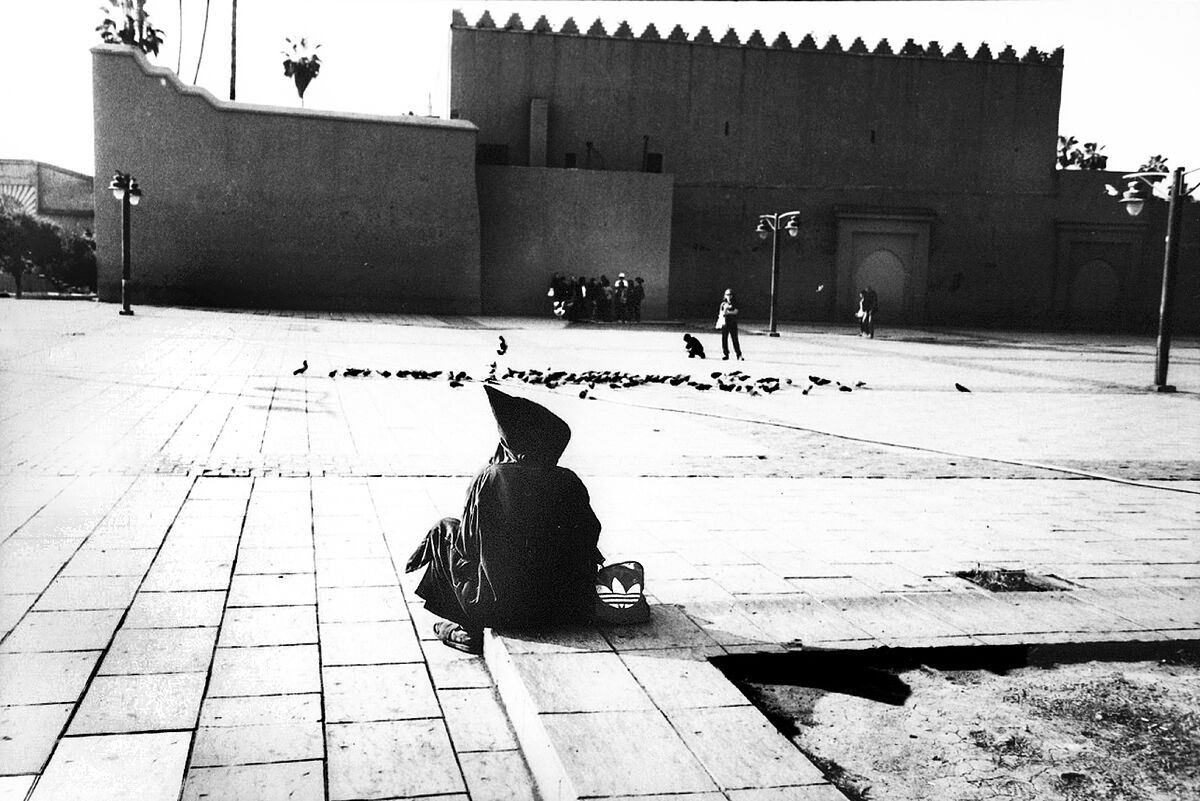 my first trip to Egypt.

It's the fault of this newspaper.

I have been asked to write about a shocking summer in my life and I have not been able to think of a better one than the one in which I contracted the disease I suffer from.

It has been a dilapidated notebook, with cork covers and yellow pages, which has cleared my doubts.

been moving around Europe and South America for some time as a correspondent for various magazines, but until that period of lead -with NATO then planning to attack Bosnia-Herzegovina-, I had not been able to set foot in the Nile.

Forty-two pages of notes for eleven days of crossing attest to the impact that adventure had on me.

I had joined a group then organized by Manolo Delgado, a television cameraman who had scoured the country with Dr. Jiménez del Oso.

His gaze, naturally, was full of enigmas and made my fever rise a few tenths.

The same stopped in the middle of the hypostyle hall of Sakkara to talk to us about how the ancient Egyptians had the secret formula to soften the stone, which was abstracted in front of the showcase 110 of the Cairo Museum -I have it written down- and showed you

that Howard Carter rescued from the tomb of Tutankhamun.

There was nothing conventional about his way of telling us things.

Delgado had even slipped through one of the galleries opened by the workers of the Great Pyramid and had found a polished wooden trunk that, according to him, must have served as the hinge of a tilting stone lost in antiquity.

My notebook is full of even stranger entries.

Stela of the inventory.

Pharaoh Khufu shows visitors his Great Pyramid and the Sphinx.

If Egyptologists say that it was built by his descendant, Khafre, how is it possible that Cheops boasted of something that had not been sculpted yet? », He asked me.

Two days later, in Dendera, in the south of the country,

Manolo takes me to a crypt under the temple.

There, with great secrecy, he points out the reliefs of several Egyptians holding huge bulbs that look like... light bulbs!

He then invites me to seek more.

I only find them in those underground rooms, as if they were something endemic to the darkness.

That day, without stopping or eating, we also arrived at the temple of Abydos, one of the oldest and most remote in the country.

On a lintel, proudly, he shows me what look like hieroglyphics of a helicopter, a tank and a fighter plane.

I look at them and look through the binoculars.

It's not a hallucination.

In my notes I collect those astonishments with Franciscan meticulousness.

Even the dreams of those nights in which snakes were mixed, secret passageways, disembodied hands writing on old parchment and veils that were drawn back to reveal human-looking columns.

It all mixed up in my imagination, throwing me into a feverish mood.

My readings from 1995 - filled with mind-boggling theories about aliens who built pyramids and inspired the old myths of gods descended from the sky - swirled strongly around me.

But also passion and a strong determination to get to the bottom of these issues.

I returned home trembling with stupor.

Egypt had exceeded all my expectations.

It wasn't just the stories of

that I had read with relish before meeting him.

It was also the short stories of their local guides, the white lies that archaeologists told each other when they did not understand something, or the many abandoned ruins that I stumbled upon on my walks through

the Valley of the Kings, Sakkara or Giza,

subjugated by the desert beauty.

soon revealed themselves as a whim of the temple priests.

It was they, in ancient times, who had covered old hieroglyphics with plaster and had resculpted them with new ones.

It was when that plaster fell off that those

We still don't know what the

Dendera bulbs are, but seen in detail they don't show that they are a technology of the future either.

And the wake or the boomerangs... ah, those are quite an enigma.

I guess it was them - and the collection of intrigues

the ones I would run into on my way home - the ones that infected me with the "mal de la oca".

This is what they call in Egypt the recurring and incurable obsession suffered by many of the travelers who visit it.

But it is a blessed disease.

Its worst symptom is that it forces you to come back again and again.

One, of course, that I suffer with pleasure since that distant and unforgettable August 22.