Today the economy - The lackluster recovery of the global aviation sector

The Farnborough Air Show, the first major global aeronautical event since the Covid-19 pandemic, is being held this week in the United Kingdom. The health crisis had forced the… 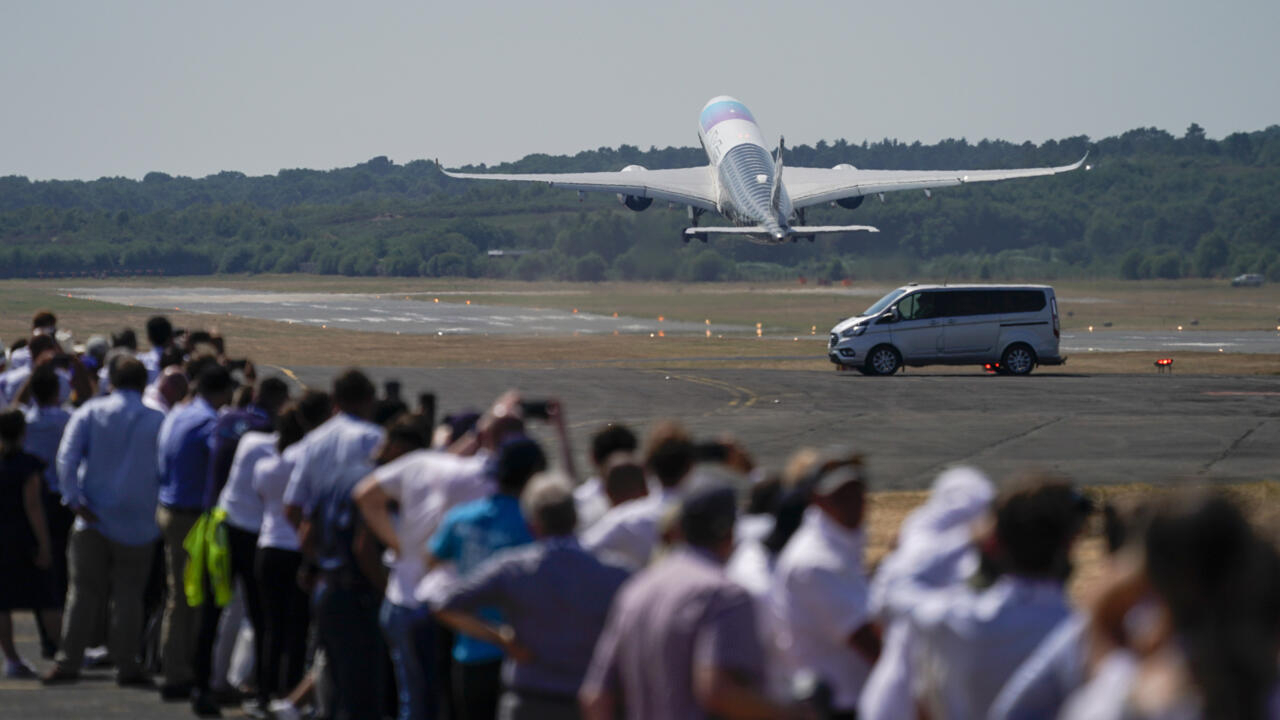 The lackluster recovery of the global aviation sector

The Farnborough Air Show, the first major global aeronautical event since the Covid-19 pandemic, is being held this week in the United Kingdom.

The health crisis had forced companies to ground thousands of planes.

Today, traffic is picking up.

It was in May at just over two-thirds of its 2019 level and should recover in 2023 for domestic traffic, in 2025 for long-haul, according to the International Air Transport Association.

At the last edition of the Farnborough show in 2018, no less than 192 billion dollars in orders and contracts had been concluded.

This record will probably not be beaten but already the commercial announcements are multiplying.

The American Boeing continues to prance ahead against Airbus, especially on its star plane, the 737 MAX.

One hundred and fifty aircraft were ordered this week, for a total amount of 7.5 billion dollars, in particular by the company Delta Air Lines.

Another challenge for the air sector in this summer period is to be able to ensure flights with numerous strikes which are disrupting the European sky.

The recovery is accompanied by staff shortages at many airlines and airports, due to numerous layoffs during the health crisis.

Companies, unable to cope with the sudden demand, are forced to cancel flights by the thousands.

What makes analysts cautious about the restart of the airline sector, planes are far from full and ticket prices have also climbed.

To read also: British Airways will cancel 10,300 flights until the end of October

Air traffic, responsible for approximately 2.5% of global CO2 emissions, will drain 10 billion passengers in 2050, more than double its 2019 level. Companies are therefore seeking to renew their fleets with more modern and more economical, which consume less fuel.

Airbus has announced that it will carry out test flights to study the composition of the contrails formed by the combustion of hydrogen.

This demonstrator, called Blue Condor, is part of the commitment made by the European aircraft manufacturer to bring a hydrogen-powered aircraft into service in 2035.

The United Kingdom has for its part published a strategy intended to achieve carbon neutrality in British aviation and English airports by 2040. But NGOs are skeptical: technologies based on synthetic fuels, the electrification of aircraft or the direct combustion of hydrogen in engines are still very experimental and their cost has not really been measured.

The Russian invasion of Ukraine led most Europeans to announce increases to their defense budgets to bolster their armed forces.

Thus, Dassault Aviation announces that it has already recorded "

" order intake of 16.3 billion euros in the first half, with the entry into force of the largest contract in the history of the French aircraft manufacturer for 80 aircraft. Rafale combat aircraft for the United Arab Emirates, as well as the sale of six additional Rafale to Greece.

Dassault Aviation has, however, reported difficulties with its chain of suppliers, which is struggling to keep up: thus there are many uncertainties about the supply of energy, electronic components and raw materials, in particular at Thalès, which mobilizes no less than 20 sites. manufacturers for the Rafale alone and which plans to produce up to a rate of 4.5 pieces of equipment per month, against 2.5 currently.