The 76th Festival d'Avignon, the most important theater and live performance event in the world, opens Thursday in the south of France. For his last edition as director, Olivier… 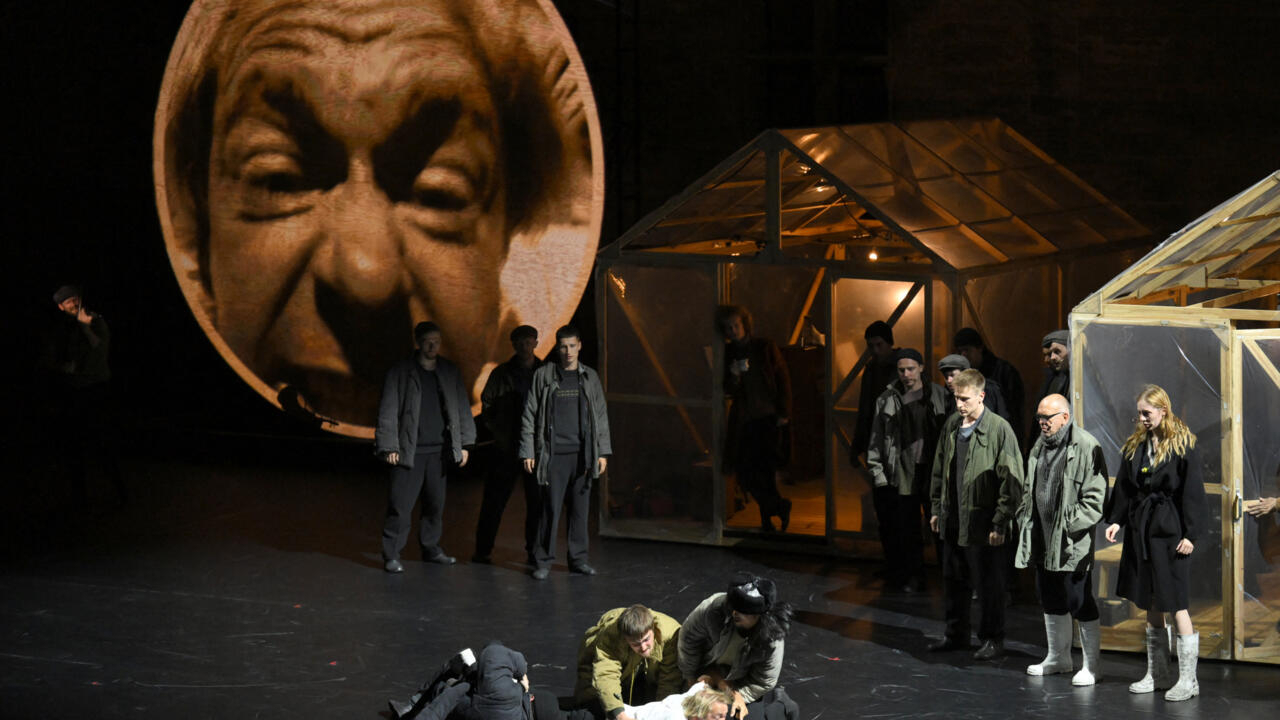 The return of Serebrennikov, the opening of a new hall, streets black with people: the Festival d'Avignon, which starts on Thursday July 7, has something to celebrate after two years of health crisis, even if it remains vigilant due to the epidemic rebound.

The day before the launch of the most famous theater festival in the world, the traditional parade was also back on Wednesday, for the first time since 2019.

"This is our first Avignon, we are very happy. We took advantage of the confinement to stage our show!" Rejoices Christophe Gillis, musician and director who came from Belgium to present "Mozart versus Mozart", a show by "musical humor" with members of his family.

"We are not going to spoil the festival, we need to be on stage and we are all going to be very careful," adds the artist, dressed in period costume during the parade.

"We hope it will be the Avignon of the return"

In costumes and to the sound of drums, a compact crowd of artists crossed the streets of the "City of the Popes", where many festival-goers were already there.

"We have the impression that we are returning a little to normal, we hope that it will be the Avignon of the return", affirms Olivier Schmidt, member of the troop The joyful of the crown, which presents "In the shade of 'Oz', a musical show on the journey of Judy Garland.

It is one of the 1,500 shows in the "off", the largest live performance "market" in France, which takes place alongside the official festival and which has returned to its plethoric offer before the pandemic.

Added to this is the opening of a new room, La Scala Provence.

On the side of the Festival d'Avignon, more international and more specialized than the "off", we want to be reassuring about health measures, while calling for vigilance.

"The (current) contagiousness is such that, in our teams, we have made it compulsory to wear a mask because we cannot afford to have contaminations", told AFP Paul Rondin, delegate director of the Festival.

"There will be hundreds of thousands of people in Avignon for 20 days and we don't want anxiety-provoking measures, but we tell people: 'Come to the festival trying to put on the mask in the halls'", adds- he.

Testing and vaccination centers will be set up in the city.

The 2022 edition will also be the last for Olivier Py, at the head of the Festival for nine years, and who will be succeeded by the Portuguese Tiago Rodrigues.

Since 2013, he has invited artists from different backgrounds, with an emphasis on the political side of theater, in the broad sense of the term.

Artists like Kirill Serebrennikov, whom he has invited for the fourth time, in special circumstances: although the idea was born before the war in Ukraine, the Russian filmmaker and director, in exile in Europe since the spring, will open Thursday with "The Black Monk" by Chekhov in the Cour d'honneur of the Palais des Papes, the emblematic place of the festival.

Kirill Serebrennikov had recently made a remarkable appearance - and contested by Ukrainians - at the Cannes Film Festival, where he presented his film "Tchaikovsky's Wife".

As a sign of solidarity with Ukraine, Olivier Py will perform, as a farewell, with the Dakh Daughters, a punk group from kyiv, in his show "Miss Knife".

The festival also gives pride of place this year to the Middle East, with the Iranian Amir Reza Koohestani, another regular, Arab poetesses and Lebanese artists.

And for lovers of river shows – a tradition of the festival – the playwright Simon Falguières offers "The Nest of Ashes", a 13-hour epic.

With four intermissions and two breaks.