Rosalía kicks off the Motomami tour with a Britney Spears look 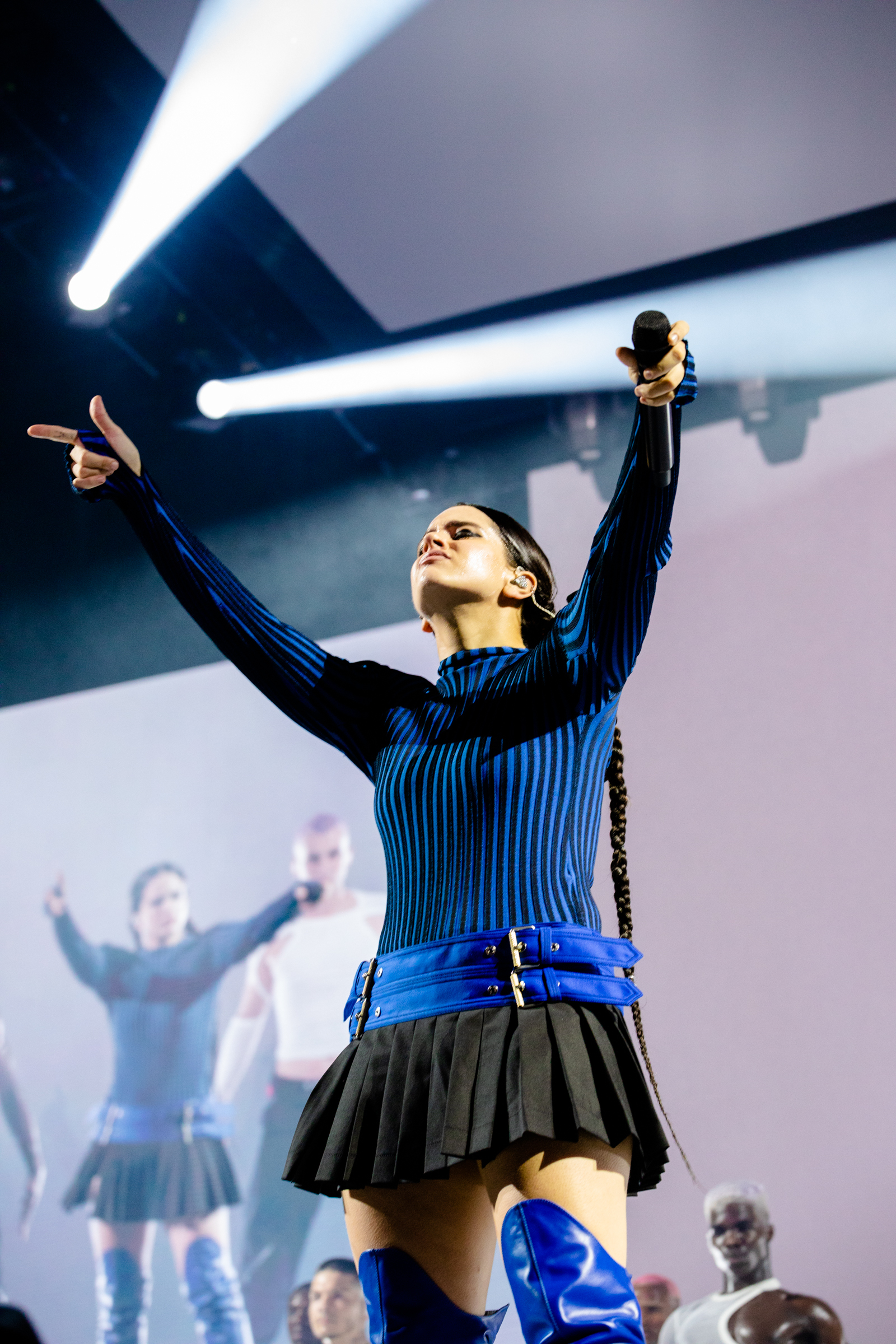 There are not a few who have proclaimed that '

, is the best album of the year.

There are not a few, either, who have crowded into

Almería for the start of Motomami World Tour

the long-awaited world tour of the Catalan diva.

Heat, 'Saoko' to start with and a look

that inevitably reminds one of the

Britney Spears of the 90s

(of pop, in this case) in her own right.

set a trend and created her own aesthetic glossary

that drank from the feeling of the moment.

a pleated skirt and braids

in which highly structured and visible

stand out , very much in line with the helmet and biker clothes that are the aesthetic leitmotif of the album.

, also in deep blue and above the knee, also seemed to drink from the same visual source, but the

and that aesthetic that helped define Britney concert after concert

it is both on the skirt and on the belt.

continues to be revisited

, and while the college aesthetic has gone through different filters, including dark romantic or formal (as in the

), the truth is that the return of the sexy of that time has once again made the low-rise, pleated miniskirts directly related to

that (so thorny) idea of ​​sexuality linked to innocence.

However, in 2022, Rosalía breaks away from that naive air and adds another series of

in line with the reappropriation discourse:

it is no longer imposition, but pleasure

Where are the limits of self-imposition due to context and free will is something that may never be answered, but the power in Rosalía makes think of this type of skirts in a way that is

This idea also helps, and a lot, the fact that the miniskirt appears next to a

, an accessory that once again adds hardness to the outfit while sinking its roots in the look of two decades ago, in the one that the belts seemed almost a continuation of the minimal skirts.

Spears, and maybe a friend of yours (and if not, it was you), also took him.

a hairstyle associated with adolescence and the schoolboy look that Rosalía once again decontextualized by increasing their length... And then

cutting them straight off.

Maybe there is another veiled reference to Britney.

Although there is still another: the nails.

Rosalía, without manicure: the curious detail

, very long and decorated nails that were a hallmark of 'beauty' at the beginning of her career and on the tour of

We already saw her at the party that Chanel organized for Penelope at MoMa at the end of 2021, showing off at the

Britney also wore them like this in the aforementioned video clip

is one of those coincidences in which we love to believe.

It seems that the singer is contrary in this trend, we already know that if there is a summer beauty trend above all, it is to wear a manicure in bright colors (pink, orange or white) and decorated 'to the French' or with gradients and waves.