China and the Covid zero prison: Parole in sight or longer prison sentences for omicron sub-variants?

A few days ago in China they censored a video from Pyongyang that explained that most cases of patients infected with the omicron variant will have mild symptoms and that... 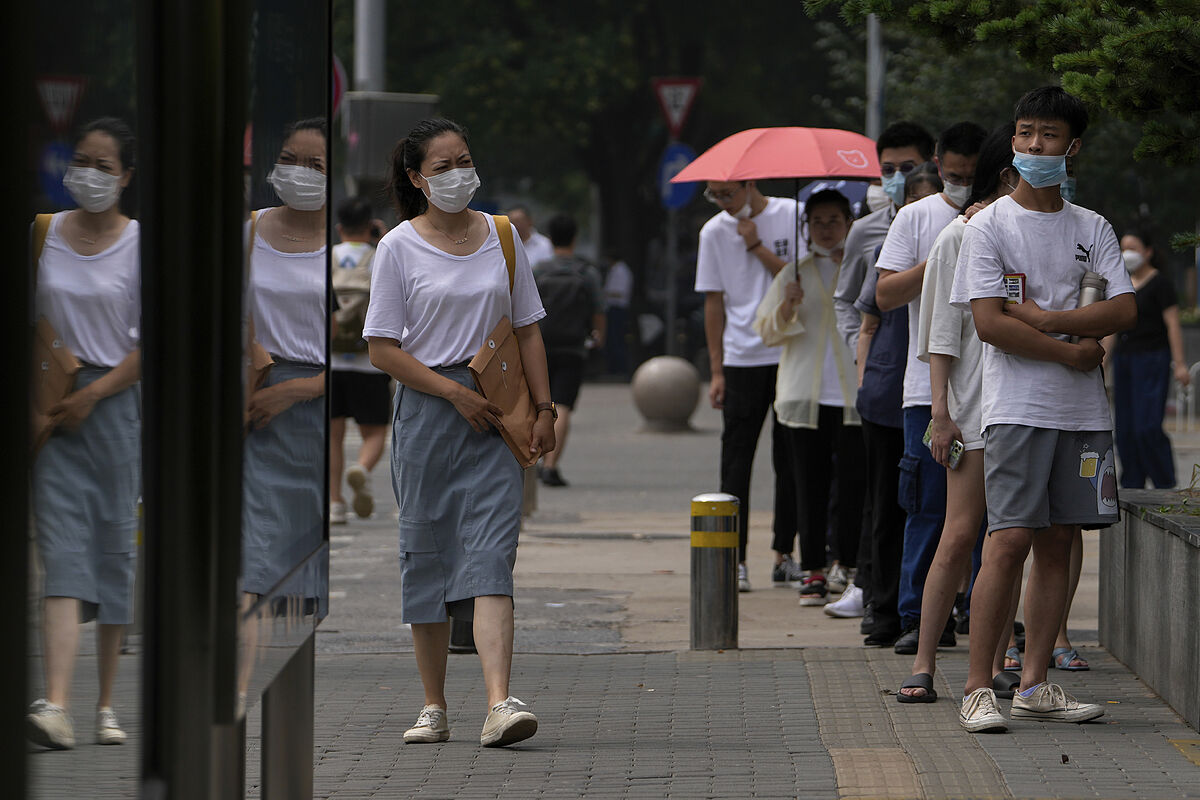 A few days ago

in China they censored a video from Pyongyang

that explained that most cases of patients infected with the omicron variant will have mild symptoms and that only the most serious cases require hospital admission.

The North Korean hermit reported its first Covid outbreak in May.

Since then, this isolated nation where 25 million people live, all unvaccinated, has officially reported

more than four million cases and less than a hundred deaths

North Korean data must always be quarantined because we are talking about a country with hardly any health infrastructure, which

and whose population suffers from malnutrition.

But there is no way to gauge the true impact of the virus from inside the kitchens of Kim Jong-un's regime.

because some users of Weibo, the Mandarin-speaking Twitter, began to say that even North Korea is taking a "more scientific" approach than the Chinese government.

At the end of the day, the video, sold as informative by Pyongyang,

: if you test positive, you go straight to the hospital regardless of the symptoms you have.

If you are a close contact of a positive case, you

Take the recent case of Beijing as an example.

The Chinese capital converted the

it built for the Winter Games last February into

There the positives for Covid and his close contacts ended.

A few weeks ago, in the isolation centers set up in the central district of Chaoyang, the most populous in the city, they ran out of available beds due to the uninterrupted sweep of centralized confinements that existed.

There were cases as extreme as

locking up 3,800 people who entered or walked around a shopping center where a single positive case had been reported

And if we approach North Korea, in the Chinese border city of Dadong, the authorities, in addition to confining the entire city for a couple of months, asked the residents of the houses closest to the neighboring country

to close their windows

, lest the virus spread from North Korea blown by the wind.

The appearance of the two sub-variants linked to omicron, BA.4 and BA.5, has further welded

after several studies showed that these sub-variants exhibit a stronger immune escape in recipients of vaccine doses and that can escape antibodies caused by a previous infection.

In May, Chinese health authorities reported the first case of BA.4 in a patient who landed in the southern province of Guangdong from the Netherlands and had the full course of the vaccine.

A month later, BA.5 appeared in a person who landed in Shanghai from Uganda and had up to four doses inoculated into his body.

"If the virus continues to prevail and exhibits the current transmission characteristics,

it is quite normal for its nearly 30,000 nucleotides to have one or two mutations per month

, while the mutant strain will not change much,"

Jin Dongyan wrote in the Chinese

. virologist and professor at the School of Biomedical Sciences at the University of Hong Kong.

back into the early 2020 pandemic loop again and again

Locked in its zero Covid strategy, the Asian giant has become the

only major economy that remains isolated from the world

In the last three months, the two most important cities in the country, Beijing and Shanghai, have been under severe blockades, especially the financial center, which left its almost 26 million inhabitants locked up in their homes for two months.

A few days ago, Shanghai sang victory after not reporting a single positive case.

In Beijing, the outbreak is also apparently under control and daily cases during the last week of June do not exceed fifty in a country where more than 1.4 billion people live.

From the ruling Chinese Communist Party (CCP) they boast that their zero tolerance strategy has worked again and that thousands of lives have been saved.

The official discourse defends the blockade against Western behavior, often recalling that

just over 5,000 people have died in the Asian country during the pandemic compared to one million in the United States

Chinese authorities have begun to relax some restrictions, such as

: seven days under health surveillance in a hotel and three at home.

have kept the borders closed for tourism since March 2020

and there are no forecasts that this will change in the short term.

The announcement of the reduced lockdown came a day after a state-run newspaper sparked a wave of panic among the population when it quoted Beijing CCP secretary Cai Qi as saying the city would maintain Covid checks for "the next five years." years".

Although the newspaper later hurried to clarify that it had misquoted and that it did not mean that China would continue five more years in the grip of Covid zero.