CAN 2022 women: the young shoots of Burundi, in Morocco to grow

The youngest team in the 2022 Women's African Cup of Nations, the selection of Burundi has an average age of 20 years. A striker is even 14 years old. A choice assumed by the Burundian management,… 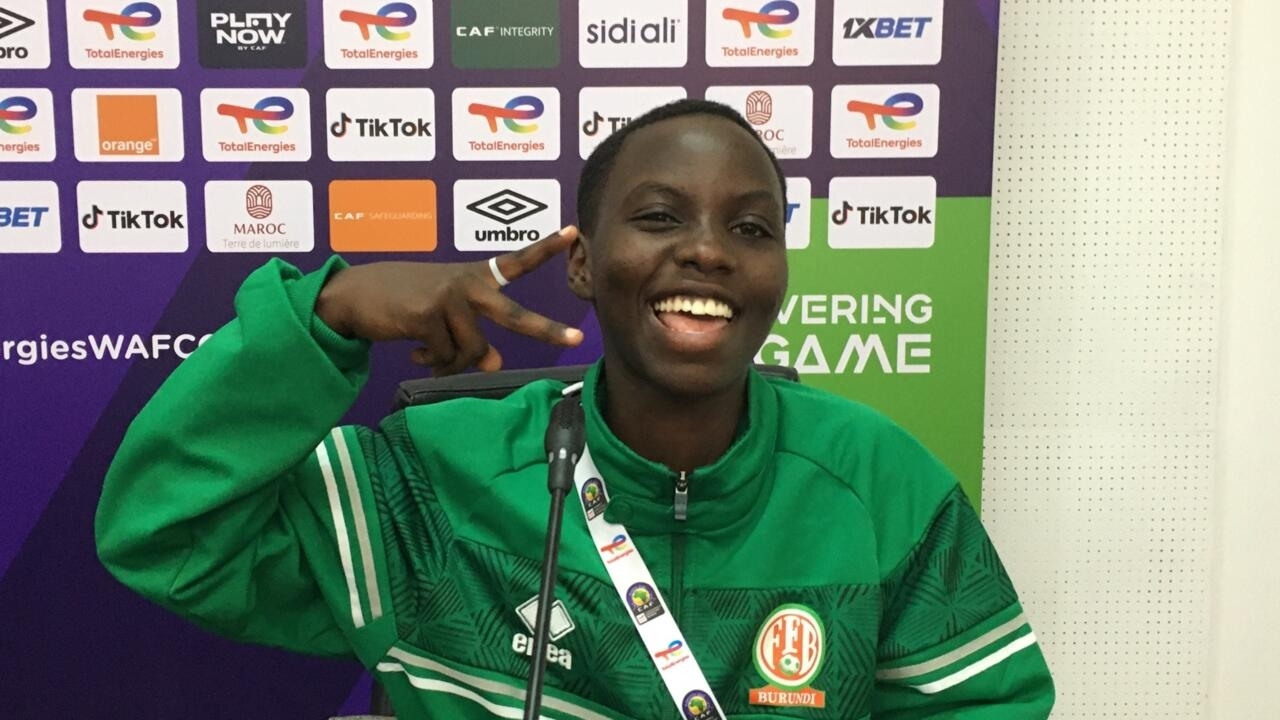 CAN 2022 women: the young shoots of Burundi, in Morocco to grow

Burundian Peace Olga Niyomwungere during the women's CAN 2022.

The youngest team in the 2022 Women's African Cup of Nations, the selection of Burundi has an average age of 20 years.

A striker is even 14 years old.

A choice assumed by the Burundian management, who came to Morocco in particular to raise a new generation of female footballers.

From our special correspondent in Rabat,

Long shorts, oversized jerseys with puffy sleeves… Some Burundian players seemed to have the wrong outfits during the first match in the history of the women's national team in the final phase of the African Cup of Nations (defeat 4- 2 against Botswana).

Because the Swallows display the youngest average age of CAN 2022: 20 years and 5 months.

In the Burundian workforce, there are thus 9 players out of the 26 who are 18 years old and under.

It is true that we are young.

But there is only age in football

, ”smiles Peace Olga Niyomwungere, who came to answer journalists, from the height of her 16 springs.

It's a choice for our country

," he said at a pre-match press conference.

We are preparing for the future.

This is our first participation in the CAN.

Match of extremes against the South Africans

On the other hand, the technician does not want to hide behind this excuse to justify the many errors which allowed the Batswana to win, especially since the holders were a little older.

These are mistakes that we hope to correct

It's true that my players need to be framed.

They are still young, yes.

But you just have to repeat and repeat to assimilate things

And we will have to be well prepared for the next stage, South Africa, vice-champion of Africa and which has stars who have competed in the Olympic Games and the World Cup such as Thembi Kgtalana, Janine van Wyk or Noko Matlou .

Peace Olga Niyomwungere could also be their daughter.

But she is especially delighted to be their adversary for a night.

It's an honor to play against them.

Especially since they are great professionals.

I hope we will do well

, ”she slips after posing for the photos.