[Exclusive] "I have a friend who abused my teacher"... Nam Joo-hyuk's classmates sparked controversy over school violence

After the allegations of school violence against actor Nam Joo-hyuk were raised, alumni have come forward to testify about the facts. Some media outlets claim that "at least four people claim to have harmed Nam Joo-hyuk," but other alumni who spent their high school days with Nam Joo-hyuk claim that it is "not true." 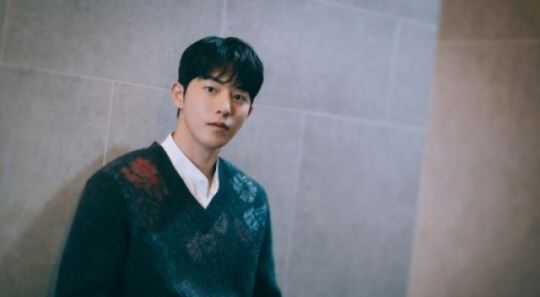 After the allegations of school violence against actor Nam Joo-hyuk were raised, alumni have come forward to testify about the facts.

Some media claimed that “at least four people claim to have harmed Nam Joo-hyuk,” but other classmates who spent their high school days together with Nam Joo-hyuk claim that it is “not true.”

Last month, a media reported that Nam Joo-hyuk forced a so-called 'bread shuttle' to buy bread from a kiosk, took his cell phone and caused damage such as making unauthorized online payments.

He also allegedly made him do unwanted 'sparring' and harassed his friends, including throwing sharp shims.

However, following alumni such as Park Mo, who wrote on the online community by revealing that they are Nam Joo-hyuk’s first-year high school alumni, except for the first-year and third-year homeroom teachers in the second year of high school, who left the denomination due to retirement He said he wanted to explain his injustice and went to an interview with the entertainment media Dispatch.

What are the reasons for people who live ordinary lives to appear in the media?

They said, "I don't know who the informant is, but I want to actively inform the situation at the time about what happened to Nam Joo-hyuk during his school days."

SBS Entertainment News asked Nam Joo-hyuk and those who spent their school days whether there really was anything that could be a problem.

Shin said that he was in the same class when he was in 3rd grade, "I remember that Mr. A was a bit flirtatious with other classmates in school, and he acted a bit exaggerated in class." There was a case where I was swearing, 'What are you saying, XX?' I remember that the teacher was so shocked that he even took a leave of absence, but at the time, Nam Joo-hyuk was mainly the one who stopped Mr. A."

Another classmate, Lim, who said that she was in the same class in the second and third grades, said, "It was the wrong thing to do for Mr. A to curse at his teacher, but everyone didn't want to get involved with Mr. A. It was frequent, and Nam Joo-hyuk, who was tall and athletic, was the one to stop. That day, Mr. A ran into Nam Joo-hyuk and turned into a fight. The fight was over soon, but Mr. A did not go to school for a day or two because his self-esteem was damaged. If Joo-hyuk's actions were wrong, what action would the teachers have taken, but knowing the circumstances before and after, we understood that they were fighting each other and it ended."

Earlier, on YouTube, attention was drawn to the authenticity of Nam Joo-hyuk's actions, such as swearing in a group chat room, that could be seen as 'cyber bullying'.

In the group chat room, there was a part where Nam Joo-hyuk was abusive, so it was necessary to check with the person who was affected by this incident and why this happened.

According to a student who was in a group chat room, the incident started when a female student abused and harassed a male student named K.

Mr. S said, "At the time, when this incident (harassment against K) became a problem, a friend made a group chat room and invited them to a group chatting room saying, 'Let's solve it ourselves.' The fact that K was bullied after hearing abusive language The friends who heard it unilaterally criticized the girl, and some of them seem to have cursed. About one or three people led the chat room, but not Nam Joo-hyuk. I know they said three words, but I know there was abusive language. I know that my friends who were there were scolded. Later, some of them made up with the girl."

Even if there was actually bullying of other students, private resolution through group chat rooms could be problematic.

In order to confirm the details of the incident, it was reported that both male student K and a female student who heard abusive language wanted to hear their story, but both said to their classmates that they would not step forward, saying, 'It's past and I don't want to work.'

Some media outlets say that there are more than four victims of school violence by Nam Joo-hyuk, and it is known that they are preparing additional reports on the specific damage.