On June 1, the German government launched the transport ticket at 9 euros, valid for one month on all urban networks and in regional trains. The operation should last until... 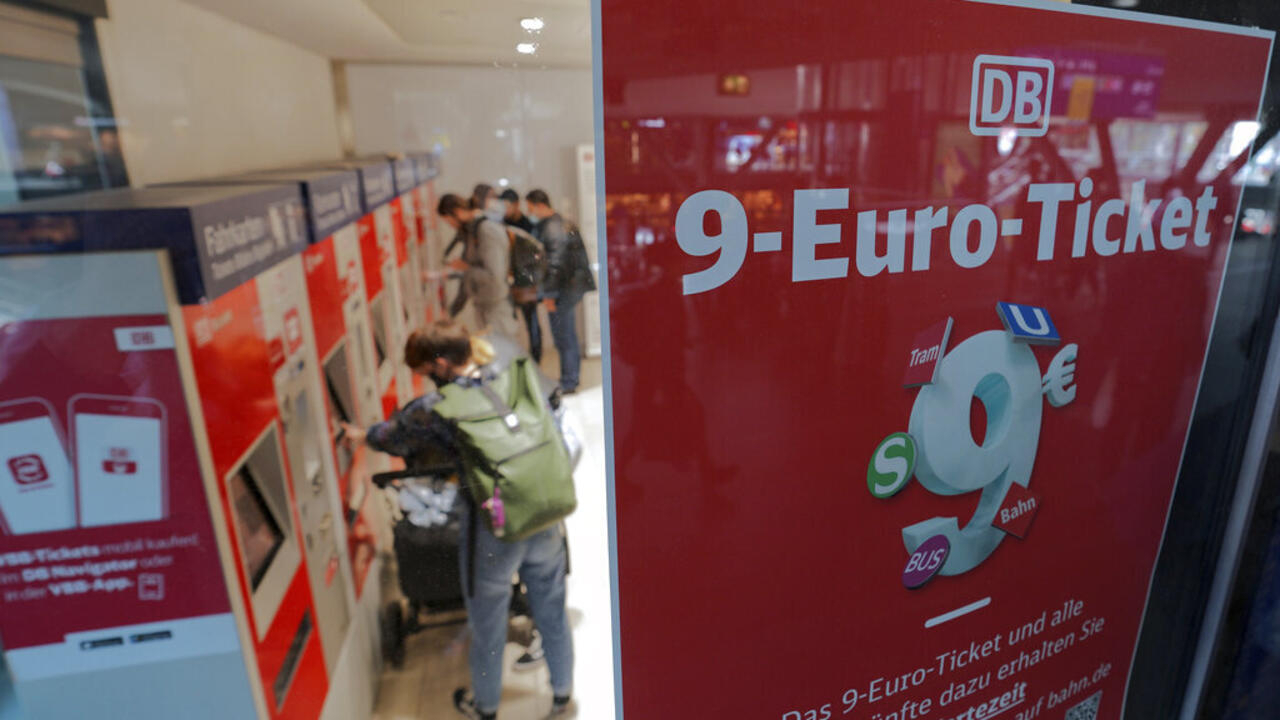 Public transport: Germany makes a first assessment of the monthly ticket at 9 euros

The 9-euro ticket was introduced in Germany to fight runaway inflation, high fuel prices and climate change, but the costly state experiment is set to end at the end of August.

On June 1, the German government launched the transport ticket at 9 euros, valid for one month on all urban networks and in regional trains.

The operation should last until the end of August.

The enthusiasm of the public is undeniable.

Half of those who bought it did so to give up the car and 12% wanted to try public transport.

There is a clear increase in journeys made by public transport, the increase in attendance is around 10%,

It is true that a number of journeys have been replaced by public transport.

Essentially those concerning leisure: weekends, for excursions, or to go to the theater or go shopping

There are also people who have taken to taking public transport to get to work, but this is a much less pronounced trend.

Is the enthusiasm for the 9 euro ticket the same throughout the country?

This is one of the questions that transport specialists ask themselves.

Allister Loder supervises two studies on the 9 euro ticket for the Technical University of Munich.

And there, a surprise awaited the authors at the level of socio-professional categories.

As researchers, we had hypothesized that the most modest households would be more interested in the 9 euro ticket than well-to-do households.

9 euros for a month of mobility, compared to two full that represents between 90 and 150 euros in savings.

But what we see is that the interest in the 9 euro ticket is not influenced by the level of income.

The question that will especially interest the government is whether the experience of the 9 euro ticket conducted for three months will encourage motorists to leave the car in the garage.

Because public transport as it is organized today in Germany does not seem to have the weight.

In the meantime, the Liberal Minister of Finance showered some hopes last week by saying that the ticket at 9 euros too expensive for the State will not be sustainable.

The experiment costs according to his calculations 1 billion euros per month.