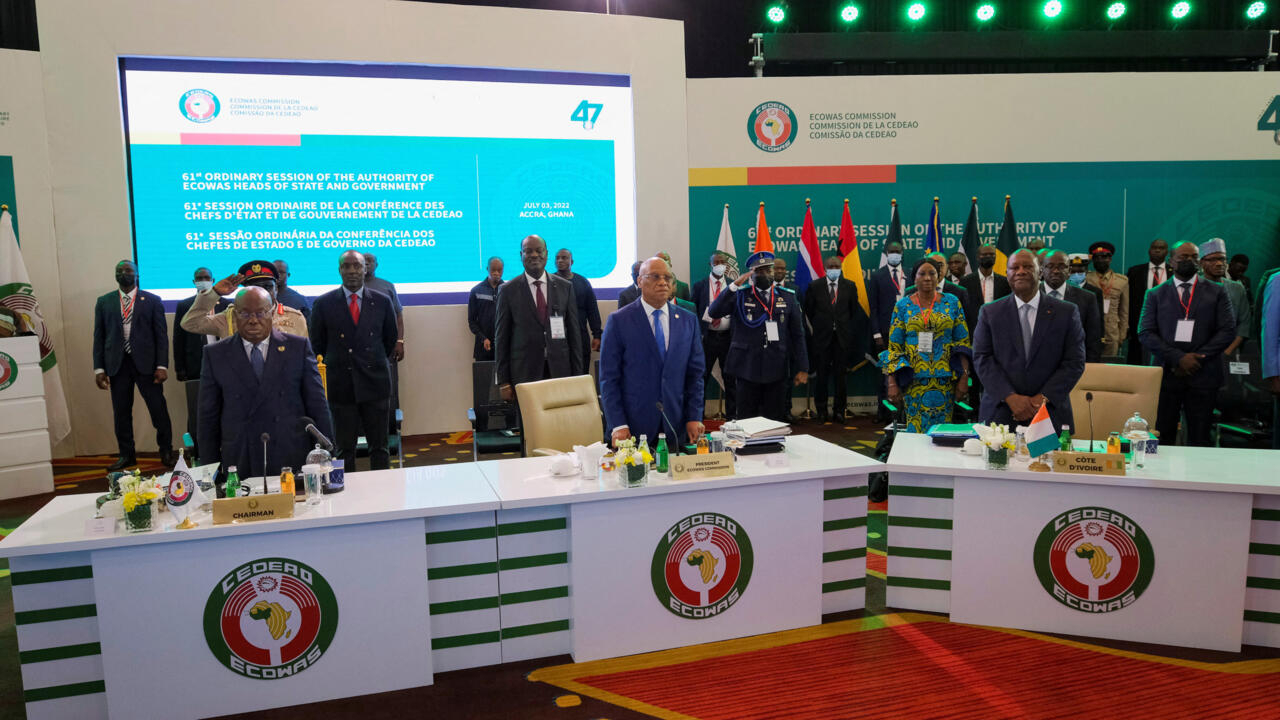 In the spotlight: Mali relieved, Burkina Faso on the wire and purgatory for Guinea

This is how the Burkinabè news site

summarizes the decisions taken by ECOWAS on July 3, whose heads of state were meeting in Accra.

As regards Mali first of all, observes

six months after their implementation, the economic and financial sanctions imposed last January have been lifted.

The reopening of the land and air borders has in particular been approved.

ECOWAS has also validated the new calendar proposed by the junta for a transition period up to March 2024. On the other hand, it firmly opposes the participation of the transitional authorities in the next presidential election

Mali: the presidential election in March 2024

by dint of discussions and compromises, Mali had adopted, on the eve of the Accra summit, a series of measures supposed to meet the requirements of ECOWAS: in particular a new Electoral Law and a timetable setting the end of the Transition to March 2024. So many pledges removed any argument from the supporters of the hard line and the maintenance of sanctions against Mali.

The lifting of sanctions therefore became inevitable, points out Malikilé.

This is (therefore) what ECOWAS has decided.

A breath of fresh air for Mali no doubt.

But also a breath of fresh air for all its neighbours, particularly Senegal and Côte d'Ivoire, whose nationals suffered from the embargo and trade sanctions as much as the Malians.

A page is turned but nothing is definitively settled,

what will ECOWAS do, the site wonders, to stop bad governance, corruption, electoral holdups or even constitutional tampering that could call for new military coups.

That is the question

the lifting of sanctions against our country must be both an opportunity to rejoice and reflect.

Past events offer our rulers and the political class of our country a unique opportunity to reshape governance policies, in the image of the components of our culture and our identity, to make them a real instrument of change capable of to improve the lives of the citizens of our Nation

Burkina Faso on the wire… “

since 72 hours before the cenacle of Accra, its Prime Minister declared that the dynamic of the Transition was going in the direction of reduction, with elections scheduled for February 2025. Timing shortened by ECOWAS.

Rather, it will be 24 months from July 1, 2023, the result of an agreement reached with the mediator Issoufou, who recently stayed in Ouaga.

Elections therefore in Burkina in July 2024!

(Colonel) Damiba, since taking power, has flown in anticipation in baraka

One more month for Guinea

And then, purgatory for Guinea… Indeed,

points out in Conakry, “

ECOWAS grants a new reprieve to Colonel Mamadi Doumbouya and his CNRD comrades.

An additional month's respite is granted to them.

Give the newest mediator in the Guinean crisis – the former president of Benin, Yayi Boni – the chance to find a solution to the dispute between Guinea and ECOWAS

while a few days ago, several diplomats from the sub-region depicted the Guinean transition as being the most worrying of the three that the West African space is experiencing, now the leaders of the countries of the region have therefore decided to offer a new chance for dialogue and compromise

Yaoundé: so much water!

”: this is what the daily

notes on the front page .

It has been falling on the Cameroonian capital for a few days,

And each time, the waters of the different rivers of Yaoundé come out of their beds.

It's a nightmare for city dwellers traveling on foot or by car.

Caught in the trap of urban mobility in a city with bankrupt means of mass transport, Yaoundeans no longer know where to turn