Lyschansk.. one of the oldest cities in the Donbass region in eastern Ukraine

Lysichansk is one of the oldest cities in the Donbass region of eastern Ukraine. Founded in 1710, it is the third largest city in Lugansk Province after the capital Lugansk and Severodonetsk. 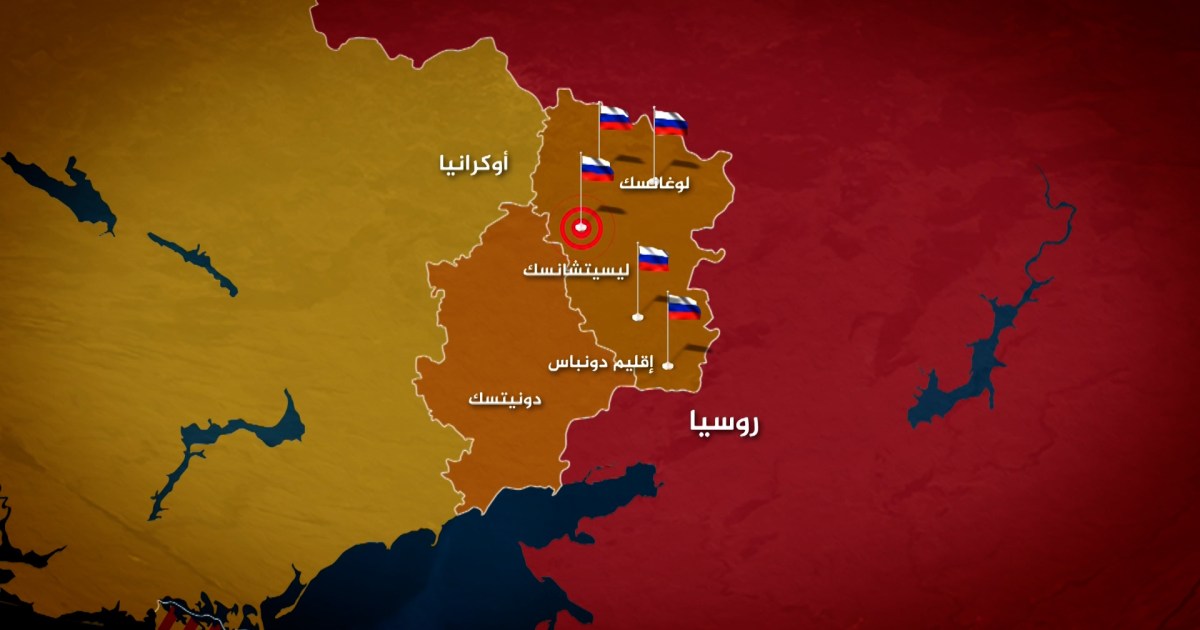 Lyschansk is one of the oldest cities in the Donbass region, and it is the last city under Ukrainian control until mid-2022 after Russian forces entered it and the conflict intensified between the two parties.

Founded in 1710, it is the third largest city in Lugansk Province after the capital Lugansk and Severodonetsk.

Lysichansk covers an area of ​​96 square kilometers, and is located at an altitude of 217 meters above sea level in a rugged mountainous region, where highlands and lowlands are also abundant, such as valleys and streams.

Lysichansk is located in the northwestern part of the province on the western bank of the Seversky Donets River.

It is completely adjacent to it on the other bank of the river is the city of Severodonetsk, which was seized by Russian forces during their war on Ukraine in 2022.

According to a census conducted in 2022, the population of Lysichansk is about 93,000, and most of them speak Russian.

Lysichansk, founded in 1710, is one of the oldest cities of the Donbass region.

In 2014, pro-Russian separatist forces declared control of it, but Ukrainian forces managed to regain it.

In the middle of 2022, Russia launched a military attack on Lyschansk, in order to control it.

There are 5 coal-mining mines on the territory of the city of Lyschansk and in the suburbs belonging to the enterprise "Lysichanskol".

It also contains an oil refinery, which is the second largest in Ukraine, and can process 16 million tons of oil annually.

This refinery was built in 1976, and closed in 2012 due to a decline in its production, and the war that took place in the region in 2014 delayed restarting the plant until 2016.